While Governor Newsom has made it clear he will not support the idea, county leaders vow to continue fighting. 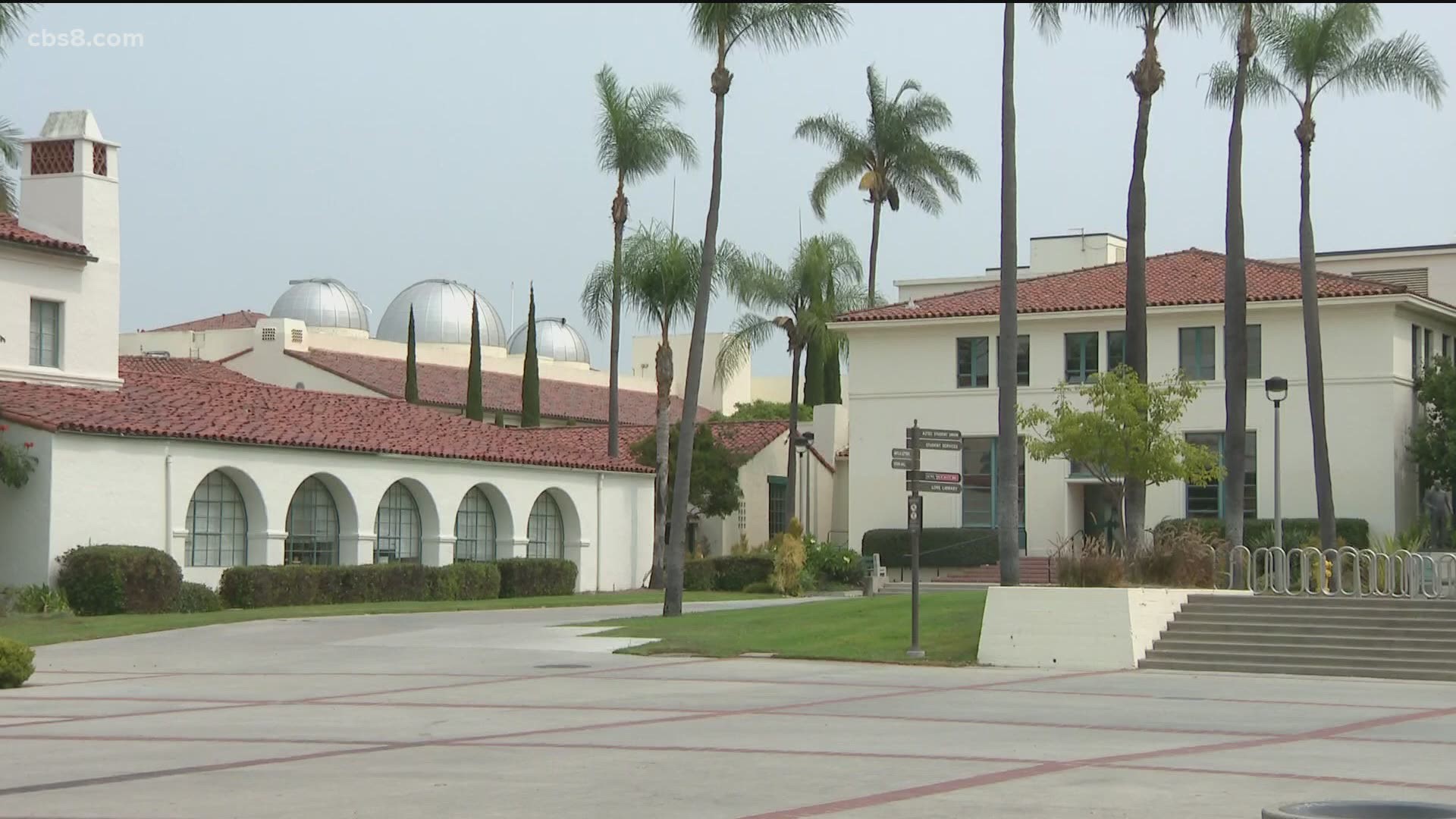 The county could find out next Tuesday if it will slip back to the "purple" tier of the state's coronavirus reopening roadmap. If so, additional restrictions will be slapped onto various businesses until the county can improve its numbers.

Data released this week showed one of the two metrics the state monitors being flagged as "widespread," which could potentially lead to the added restrictions.

County Supervisor Greg Cox said Wednesday he was writing a letter to Newsom to ask for considerations in excluding SDSU cases, or for other alternatives to avoid rolling back business openings.

"It was the state of California that basically gave the green light to reopen universities and we don't think it's right to have those numbers included with the balance of the cases we are seeing in this region," Cox said.

Some have questioned if the county should receive so-called "preferential treatment" from the state.

County leaders, though, do not view it that way.

"We are not asking for preferential treatment," said County Public Health Officer Dr. Wilma Wooten. "But we are asking for consideration of the situation."

Governor Newsom, though, said he isn't inclined to overlook the SDSU cases. The governor said the county can't separate cases at a university because it goes to "what a community by definition is -- and that is integrated individuals, and as a consequence, you can't isolate as if it's on an island a campus community that is part of the larger community. So the answer is no."

The County Board of Supervisors will be holding a closed session on the matter Thursday afternoon and has also scheduled a special meeting next Tuesday: the same day San Diego will receive the state's updated case rate determining if we fall into the most restrictive purple tier.

I am imploring the Gov remove SDSU's COVID cases from the County's tally in order to stay in the red tier. I'm also working to get relief from impossible state metrics, and establish local control. The state's cookie cutter approach will not work in SD. pic.twitter.com/YJCPEWLXgf

According to Dr. Eric McDonald, the county's epidemiology expert, the vast majority of those students who have tested positive live in the 92115 ZIP Code around the university -- many just a few blocks off-campus. He said that while it is true they are technically in the community at large, they are close enough to campus to make the county's request to exclude those positive tests from the countywide number a realistic endeavor.

McDonald said fewer than 10 known cases in the overall community are linked to interaction with SDSU students, and the university is ramping up its COVID-19 testing protocols through a new random surveillance testing program that requires all students living on campus to be tested for the virus.

The surveillance program began Wednesday, with around 500 students to be tested every day through Saturday, then starting again Monday.

All students living in SDSU residence halls and apartments will be assigned testing slots at either the Student Health Services Calpulli Center or the HHSA testing location at the Parma Payne Goodall Alumni Center.

Students will be notified of their assigned testing window, along with instructions on what to do, through their SDSU email address.

The university has not received any reports of faculty or staff who have tested positive, SDSU health officials said, nor have any cases been traced to classroom or research settings.

If the county regresses to the state's restrictive "purple" or "widespread" tier, it would likely shutter indoor operations for restaurants, houses of worship, and gyms, limit retail businesses to just 25% capacity and have major impacts on indoor business for most other industries.

Newsom also emphasized that he is sympathetic to businesses that may potentially have to shut down again.

"I am deeply sensitive to that and obviously hope we can make progress, not just in San Diego but across this state," Newsom said Wednesday.

SDSU reported 37 confirmed and nine probable cases Wednesday. The school is playing an outsized role in the county's 7.9 new daily cases per 100,000 population, Wooten said Tuesday. The positive testing percentage for the county is 4.5%, good enough for the "orange" tier of the state's four-tier reopening plan.

Should the county have a case rate higher than 7.0 next week, it could be moved into the purple tier -- the most restrictive. However, if the numbers from the university are removed from the equation, San Diego County suddenly drops below the mark to remain in the "red" tier.

County Supervisor Kristin Gaspar on Tuesday released a statement explaining her issues with the state's data:

"We have a major problem with the caseload at SDSU -- a problem that threatens to shut down our economy completely for a third time," she said. "We are having productive conversations with the Governor's office. If we can get relief from these impossible metrics, establish local control and remove the SDSU cases without jeopardizing business licenses and CARES Act money, it will be a win for San Diego."

Of the 8,644 tests reported Wednesday, 3% returned positive, moving the 14-day rolling average of positive tests to 4.4%, well below the state's 8% guideline. The seven-day average number of tests performed in the county is 7,838.

The number of community outbreaks remains above the county's goal of fewer than seven in a seven-day span. A community setting outbreak is defined as three or more COVID-19 cases originating in the same setting and impacting people of different households in the past 14 days.