Coronavirus patients have been rushing to join the remdesivir studies that opened in hospitals in the last few weeks. 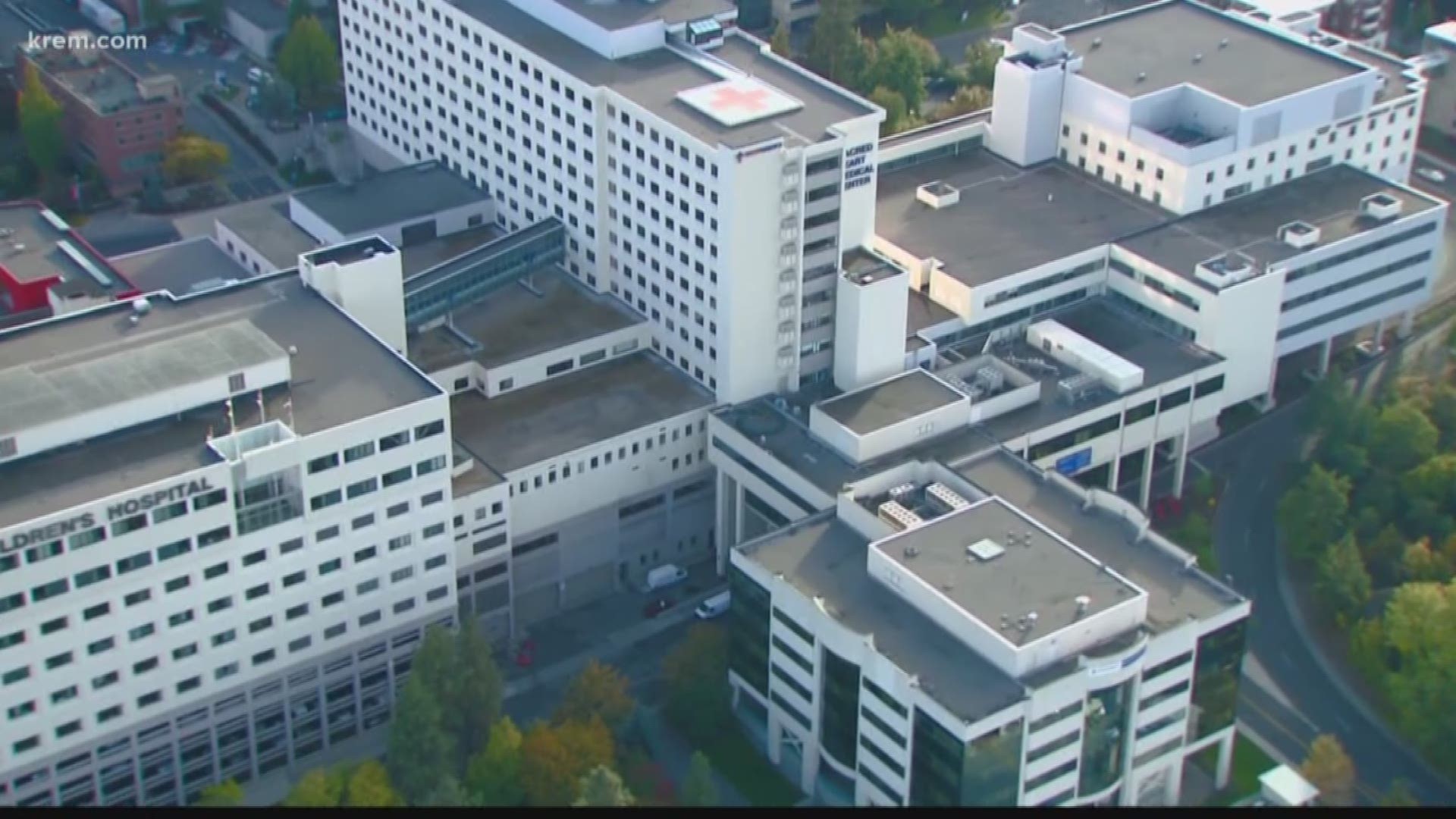 SPOKANE, Wash. — Sacred Heart Medical Center in Spokane is one of several hospitals within the Providence Health system taking part in clinical trials related to a treatment for the 2019 novel coronavirus (COVID-19).

Providence spokesperson Jennifer Semenza said she had limited information to share about the clinical trial due to the study's guidelines. She did tell KREM that the trials at Sacred Heart are under the direction of Dr. Henry Arguinchona.

Coronavirus patients around the world have been rushing to join the remdesivir studies that opened in hospitals in the last few weeks.

Remdesivir is an experimental drug that’s shown promise against some other coronaviruses.

Interest has been so great that the U.S. National Institutes of Health is expanding its study, which has nearly reached its initial goal of 440 patients.

The drug’s maker, California-based Gilead Sciences, is quickly ramping up its own studies, too.

Remdesivir is given through an IV. It’s designed to interfere with an enzyme that reproduces viral genetic material.

In animal tests against SARS and MERS, diseases caused by similar coronaviruses, the drug helped prevent infection and reduced the severity of symptoms when given early enough in the course of illness. It’s farther along in testing than many other potential therapies and the current studies could lead to regulatory approval.

Gilead has given remdesivir to more than 1,700 patients on a case-by-case emergency basis, but more people ultimately will be helped if the company does the needed studies to prove safety and effectiveness, chief executive Dan O’Day wrote in a recent letter to the public.

Gilead supplied remdesivir for two studies in China expected to give results by the end of the month. It also launched two studies for hospitalized patients in the U.S., Asia, Europe and elsewhere. One in severely ill patients tests five versus 10 days of treatment. Another in moderately sick patients compares those two options to standard care alone.