During Jerome Stark's last few months on the job, he experienced an increase in confrontations with customers. 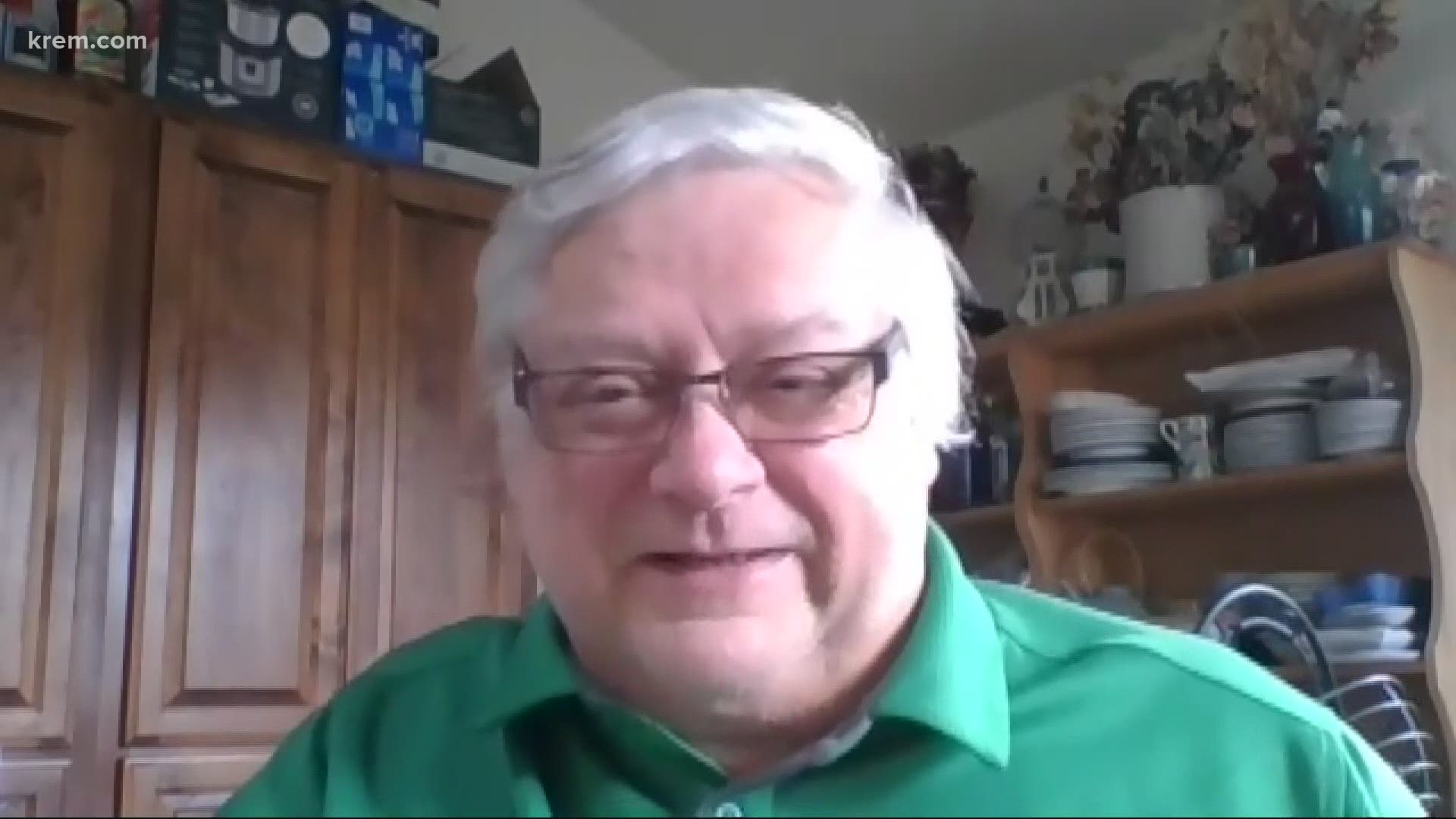 SPOKANE, Wash — The Yoke's employee who confronted a customer who was not wearing a mask no longer works at the store, according to management.

A video of the incident shows a Yoke's employee confronting an unmasked shopper demanding that he leave the store. The shopper's phone was thrown on the floor. In the video, several others are also standing around and yelling at the man to leave.

In a statement from Yoke's, the employee did not handle the situation in a way that reflects its values and standards.

KREM asked Yoke's what changes its made at the store since the incident and requested an interview with the former employee. As of Tuesday evening, we have not heard back.

RELATED: Yoke's employee involved in viral video of mask confrontation is 'no longer with the company'

This is not the first time that customers and employees have gone toe-to-toe about wearing masks and it likely will not be the last.

Jerome Stark recently retired from working at Fred Meyer in Spokane Valley. He is also a member of a local union, UFCW Local 1439, representing grocery store and retail workers.

After 40 years in this industry, one would think Stark has seen it all. During his last few months on the job, he experienced an increase in confrontations with customers.

"For a cashier or grocery stocker in the grocery industry, it's just a really, really stressful time," Stark said. "They're taking garbage from people that they shouldn't have to, and that just makes the job harder."

He told KREM it is Fred Meyer's policy for a manager to enforce the mask requirement rather than employees.

Still, he said many employees face the brunt of it all when a customer disagrees.

"The wrath of having to wear a mask has been taken out on the wrong people," Stark said. "They're just following the rules. I guarantee you some of them don't like wearing a mask."

While he can understand the frustration people may have, he asks for patience.

"The biggest message I would like to get across is the masks, they're not only to protect me but it protects you," Stark said. "It's not taking away a freedom. You have choices to get groceries. Otherwise, we have a pickup service that's easily done you just sit in your car and they'll bring it to you and put it in."

President of UFCW Local 1439 shared this statement with KREM regarding masks and the challenges union member face enforcing the mandate:

"UFCW Local 1439 is in favor of Governor Inslee’s mask mandate that helps to protect our 8,000 members working in high risk environments for contracting COVID-19. We have negotiated protocols with Union grocery employers regarding customers ignoring the mandate, these protocols provide for the safety of our members and the public. Our membership has now worked for 9 consecutive months through this pandemic, we have worked additional hours and have faced many new challenges along with putting the health of ourselves and our families at risk. We would ask that the public show us respect by wearing a mask while shopping in the grocery stores and to show appreciation for the sacrifice we are making at this difficult time."