In a letter, restaurant and bar owners are asking Gov. Jay Inslee to reconsider the 10 p.m. last call deadline for alcohol service put in place during the pandemic. 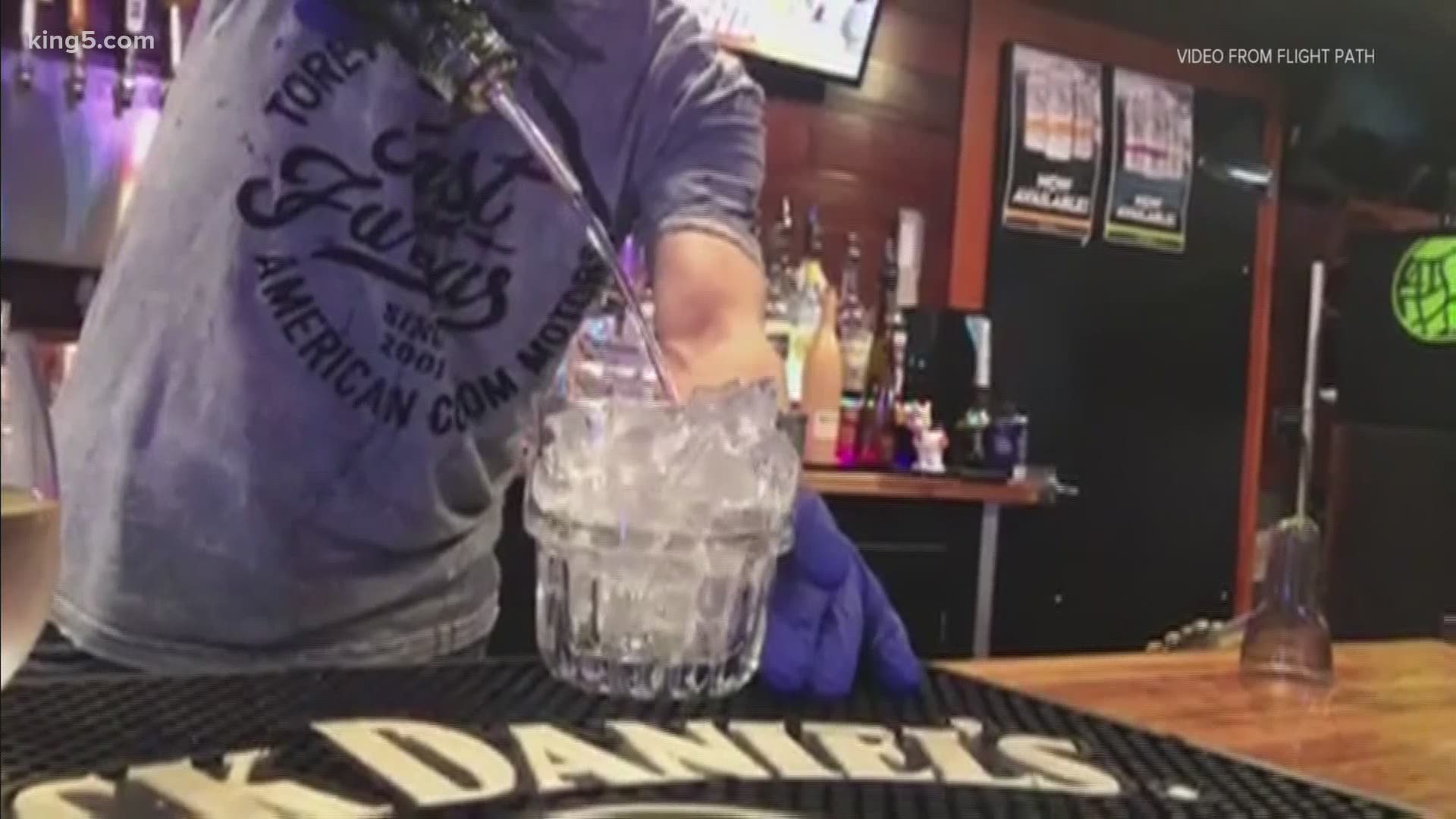 SEATTLE — Cries for help are growing louder from Washington restaurant and bar owners hit hard by the coronavirus pandemic.

Dan Austin, owner of the Flight Path in Burien and Peel and Press in West Seattle, has gathered nearly 130 signatures from other owners all across the state. In a letter, they are asking Gov. Jay Inslee to reconsider the 10 p.m. last call deadline for alcohol service put in place during the COVID-19 pandemic.

"We have protocols in place to keep us safe that are mandated by the state and we just don't understand the time frame piece,” explained Austin. “All it really seems to be doing is cutting away our revenue.”

In late July, the governor’s office implemented COVID-19 rule changes for restaurants and bars, including the new alcohol cut-off time, and limits to the number of people dining at tables.

Austin said with the 50% capacity rule, revenue for his business was already cut in half. He said adding the 10 p.m. limit is a loss of about 30% in revenue for him.

"We are not trying to be irresponsible,” said Austin. “We are just trying to survive and keep our staff employed.”

According to Austin, restaurant owners supporting his letter are happy to follow social distancing and other safety protocols to keep staff and customers safe. However, he said the alcohol cut-off time is doing the opposite of that once the last call is announced so early.

He said he often overhears customers making plans to meet up at someone's home.

"Social house gatherings are not socially distant, there's no mandated mask-wearing policies being enforced by someone who is trained and sober like you would be at a bar," explained Austin. "No one is sanitizing the surfaces after every touch."

KING 5 reached out to Gov. Jay Inslee's office about the service cut-off and received the following statement:

"We’ve been engaged with restaurant owners in several ways including: weekly meetings with the WA Hospitality Association, several meetings with a group of restaurateurs and legislators in the Clark Co. area, and un upcoming meeting with City of Tacoma elected officials and restaurant owners. The purpose of all these engagements is to hear from them about potential changes to our current guidance with the goal of allowing restaurants more opportunities to “make it” in this new environment while maintaining public health and safety. We understand the struggles restaurants and bars face and we hope to do everything we can to help them continue to operate safely.

“Regarding the specific 10:00 p.m. cutoff, we have heard repeatedly from local health departments and local law enforcement about the positive impact this change has had on social gatherings that lead to COVID transmission. We have nothing in the works at the moment to revert it."

Austin said he plans to keep submitting the letter each time he reaches 50 more signatures in hopes that Inslee will change his mind.

"If you've got facts on it, then we will listen and will absorb it," he said. "But if it's just a theory that's out there that we know is hurting businesses, then we need to know that we are taking this hit for a benefit to society, and right now that's completely unproven." 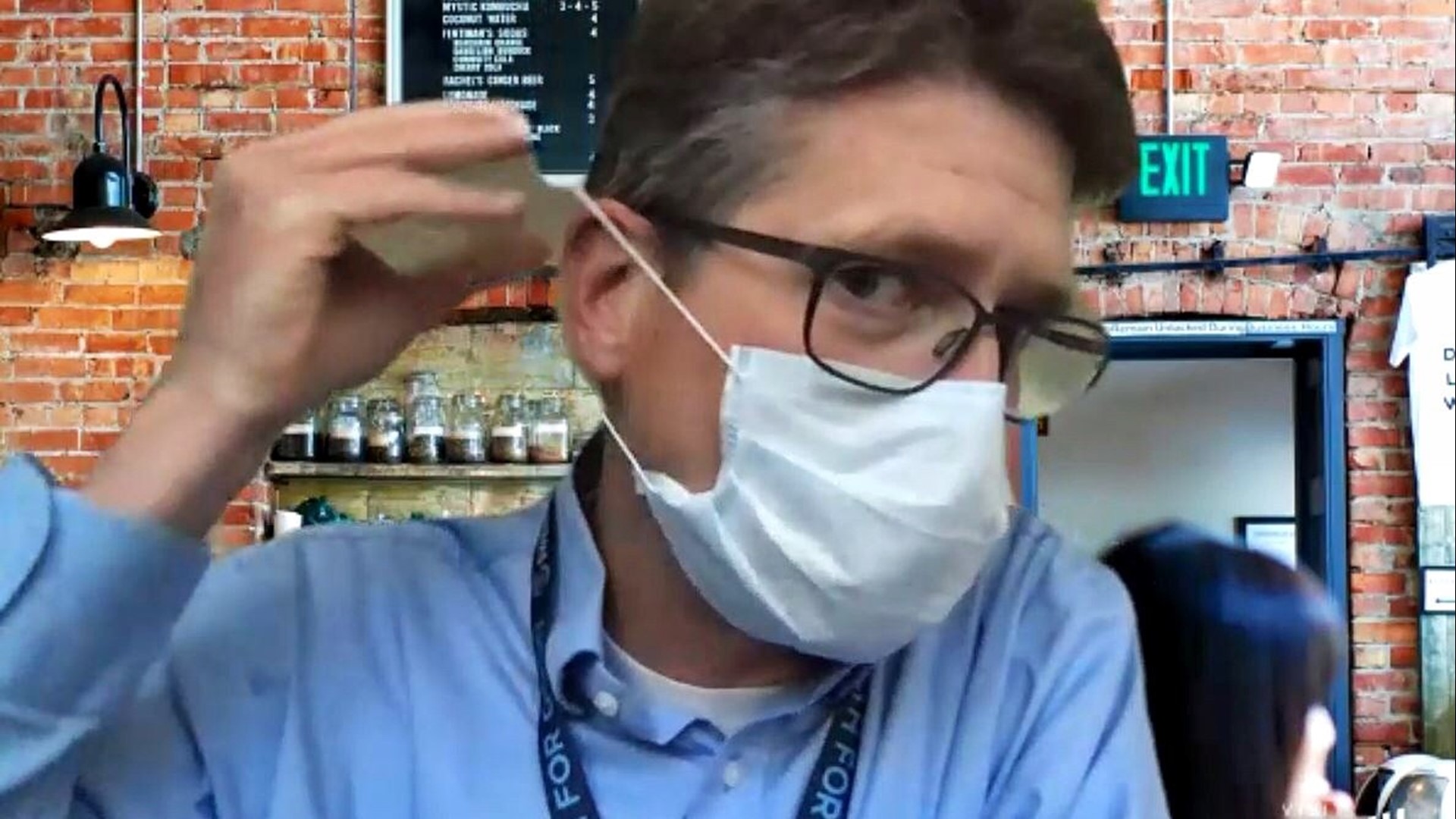