What is potential punishment for violating Inslee's shutdown proclamation?

Gov. Inslee's proclamation states those in violation are subject to criminal prosecution for a gross misdemeanor. 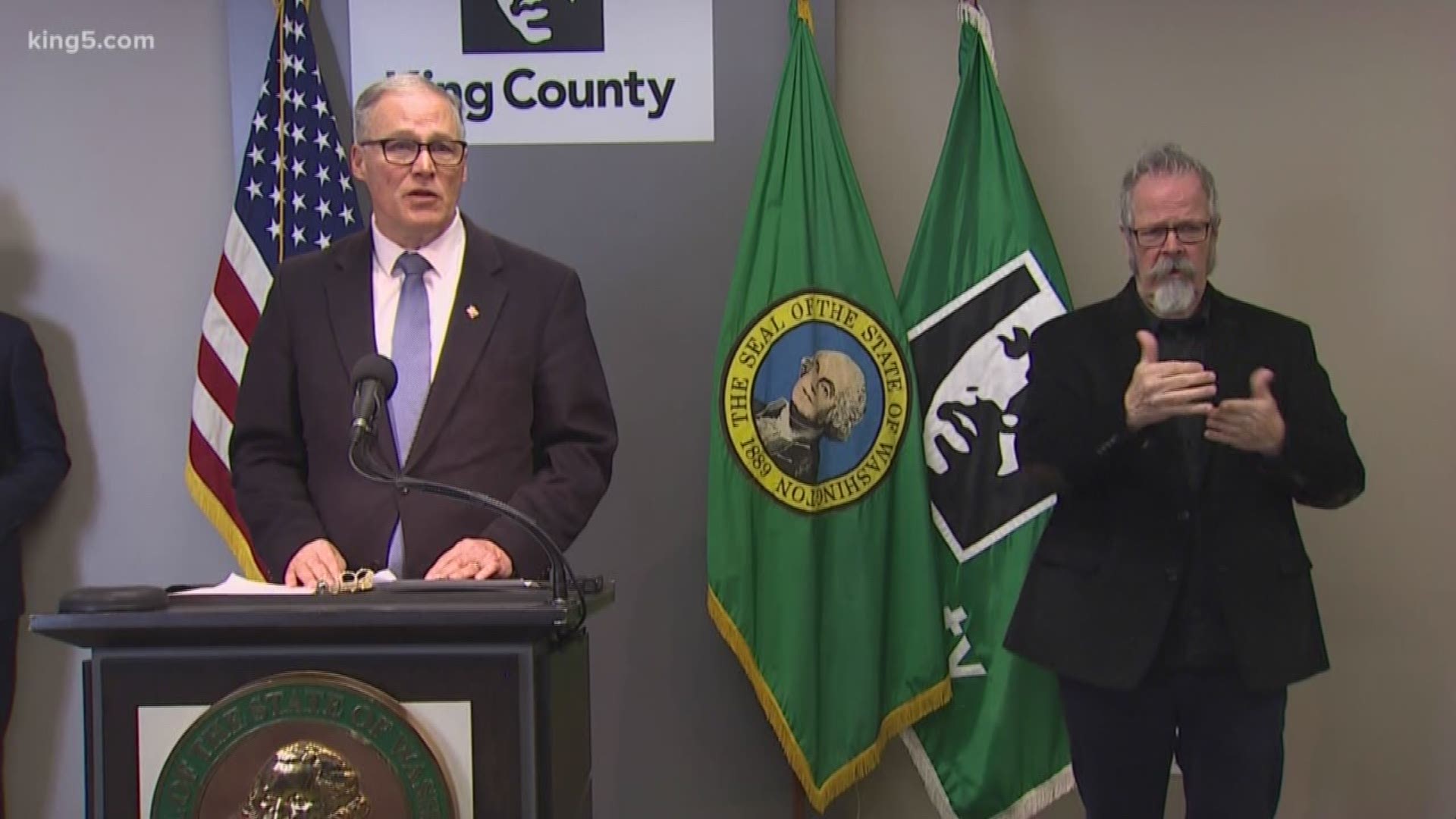 SPOKANE, Wash. — On Monday, Washington Gov. Jay Inslee announced that he would will sign an emergency proclamation to temporarily shut down bars and restaurants and further limit the size of gatherings during the coronavirus outbreak.

Restaurants will be allowed to have take-out and delivery services, but no in-person dining.

The ban will be in effect through March 31 and applies to restaurants, bars, dance halls, clubs, theaters, health and fitness clubs. Other banned establishments include salons, tattoo parlors and youth sports.

This begs the question: What is the potential punishment if a restaurant or other business violates the governor's order?

A spokesperson for Inslee's office told KREM that the proclamation states those in violation are subject to criminal prosecution for a gross misdemeanor.

There are various ways the ban could be enforced and the Inslee's legal team is looking into them, he added.

If a business is violating the order, the governor's office said the first place locals can consider is law enforcement.

He did point out, however, that there is a question of authorities' capacity and priority for handling the reports and what is most demanding for their department.

Crowds are also limited to 50 people, a decrease from Inslee's initial ban of gatherings of 250 or more. Fifty is the recommended crowd size number from the Centers for Disease Control and Prevention (CDC).

RELATED: Wok About Grill closes after owner says he 'will not comply' with Inslee's ban

RELATED: Washington restaurants, bars, and other venues closed to customers amid coronavirus outbreak