Got Mariners tickets? You can keep them. Sporting events will continue to operate under Phase 3 guidelines regardless of a rollback. 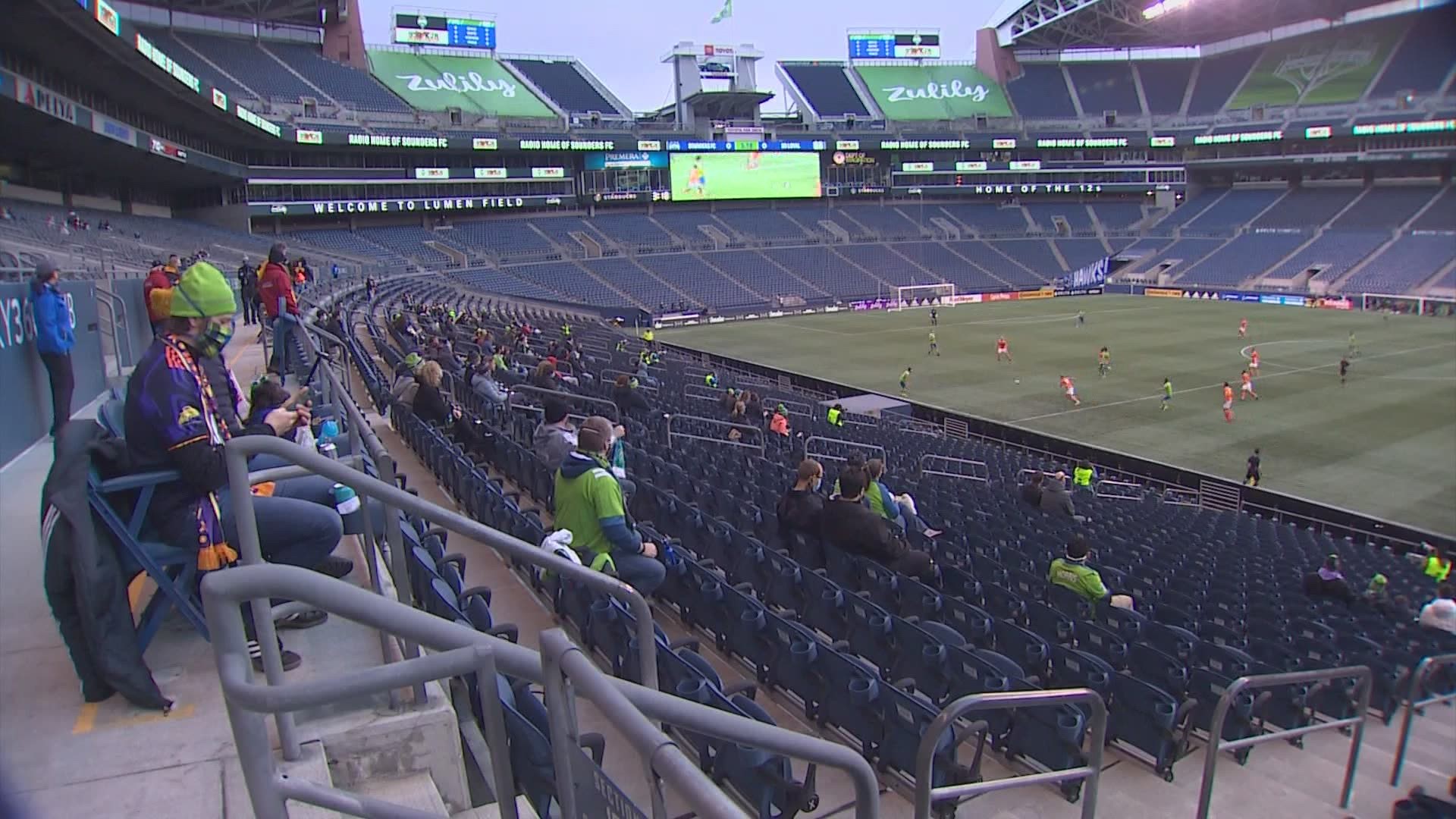 SEATTLE — Fans with tickets to an outdoor professional or college sports event can stick with their plans, even if King County rolls back to Phase 2 of the state's reopening plan.

That's because sports gatherings are exempt from a rollback. Sporting events are allowed to operate by Phase 3 guidelines, which means teams like the Mariners and Sounders can keep seating up to 9,000 people.

“I think that those games have been so important to kind of building back the sense of normal,” Seattle Mayor Jenny Durkan said last week.

Health officials are warning that King and Snohomish counties could move back to Phase 2 as soon as next week as hospitalizations and case counts increase.

It would mean tighter restrictions on gatherings and indoor activities.

“Transmission is still increasing and a majority of our counties are seeing rising case counts, and this is of concern to us,” said Dr. Umair Shah, Washington’s secretary of health said Wednesday.

Youth school sports teams would face tighter restrictions in Phase 2. For example, fewer spectators would be allowed at a high school football game. Indoor basketball games are prohibited in Phase 2, but teams can still compete outdoors, or travel to a Phase 3 county.

The Tacoma Rainiers, the minor league team affiliated with the Mariners, announced it will seat fans for opening night next Thursday, even though Pierce County remains in Phase 2.