According to a Facebook post, the store is closing 'for a few days' and the rest of the staff will get tested. 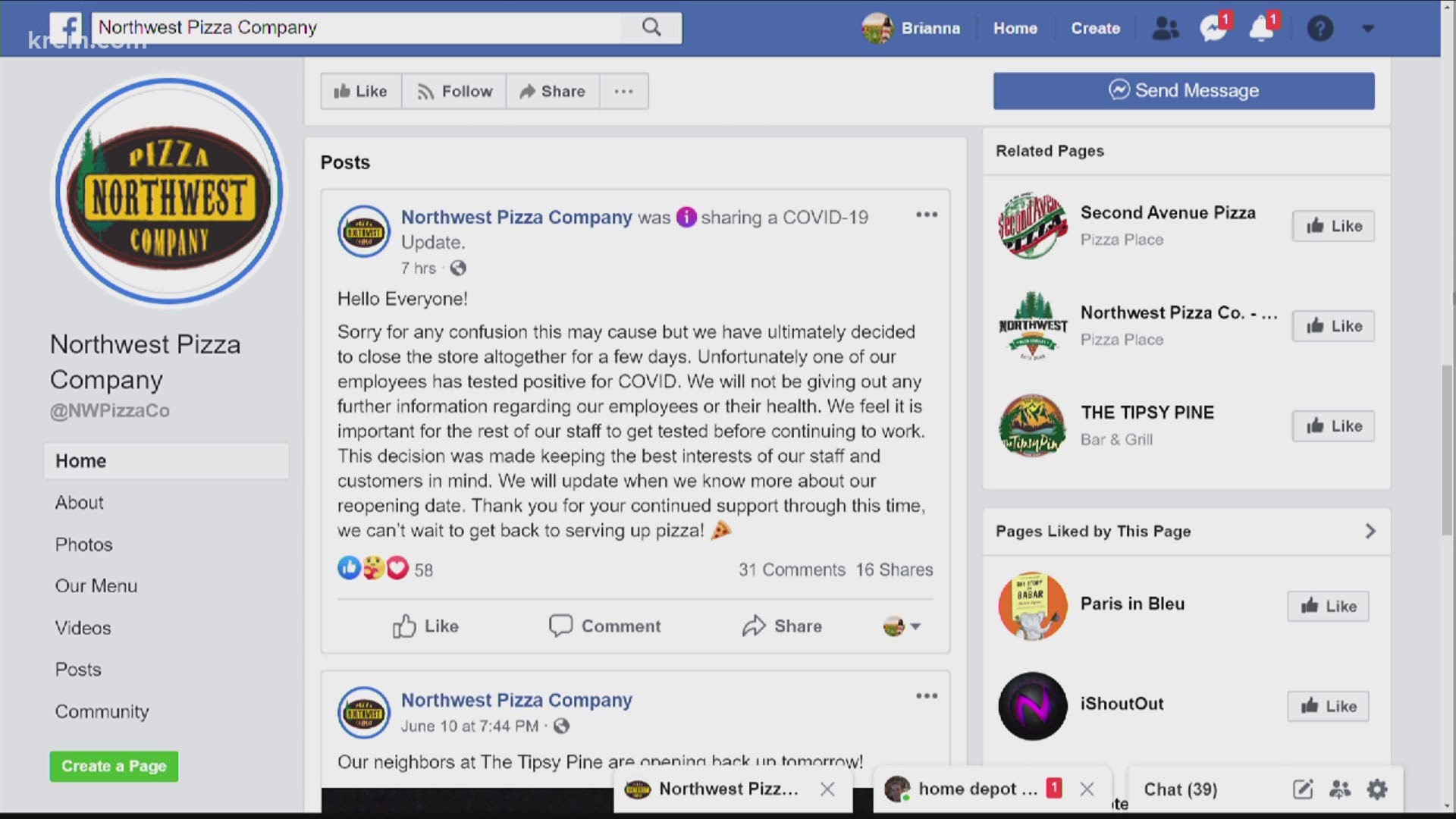 HAYDEN, Idaho — Northwest Pizza Company in Hayden announced it will close "for a few days" after an employee tested positive for the novel coronavirus.

According to a Facebook post, the employee's positive test is what led to the closure. The company also said "it is important for the rest of the staff to get tested before continuing to work."

A reopening date hasn't been announced yet, but the company said it will provide an update when it knows more. It also said it wouldn't be providing more information on its employees or their health.

It has not yet been announced if the employee that tested positive at Northwest Pizza Company had contact with customers.

Borracho Tacos & Tequileria announced a temporary closure Friday after 24 coronavirus cases were linked to it.

RELATED: Bardenay employee with COVID-19 did not have contact with customers

RELATED: After 24 COVID-19 cases linked to Borracho in Spokane, it temporarily closes

RELATED: Face masks are required Friday in Washington: What you need to know