Mayor Woodward, others ask Gov. Inslee to keep Spokane in Phase 3 of reopening

The Downtown Spokane Partnership board expressed concerns about the "detrimental effects" to businesses if the county moves back to Phase 2 of reopening. 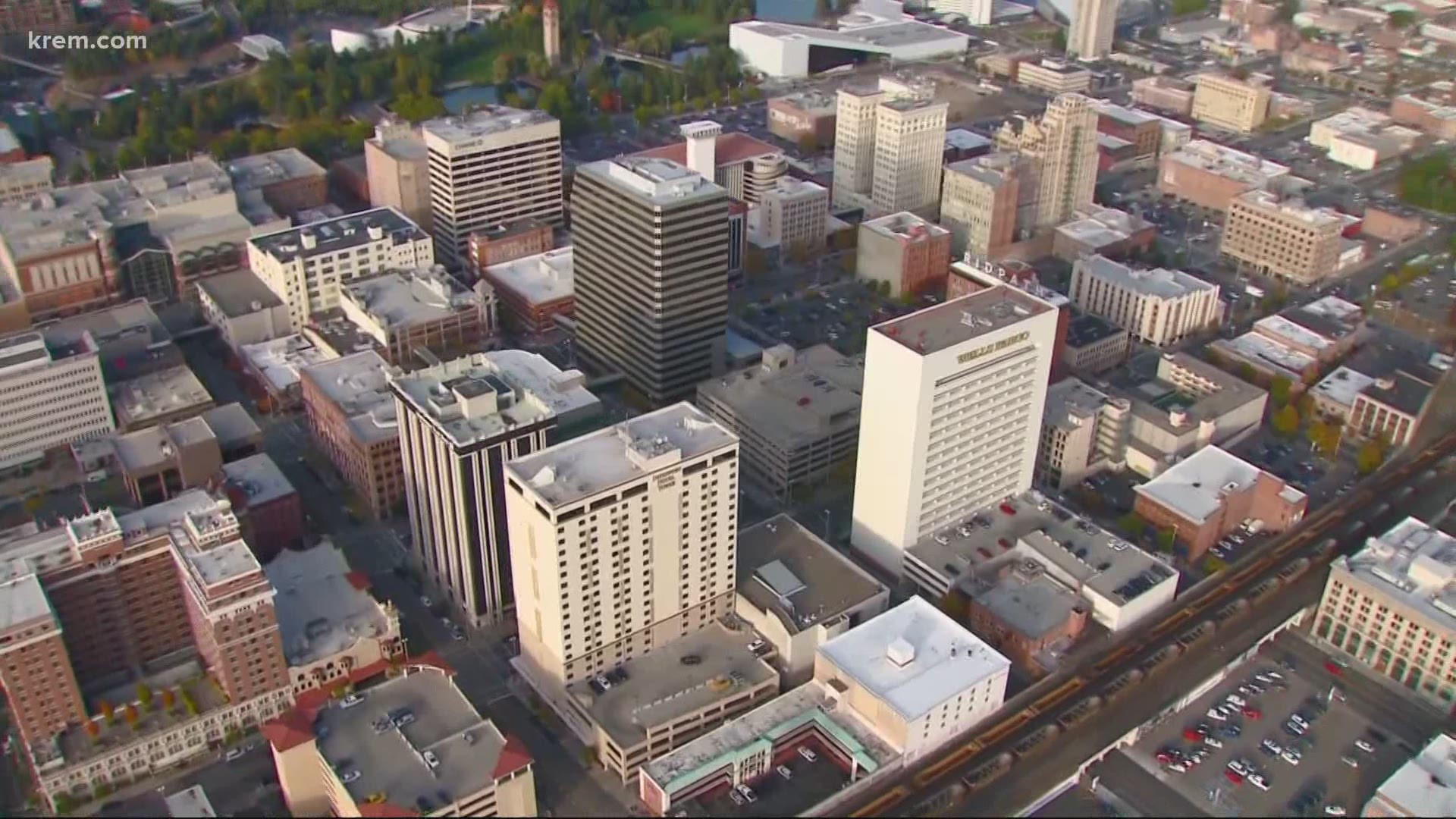 SPOKANE, Wash. — Spokane Mayor Nadine Woodward and other local leaders are urging Washington Governor Jay Inslee to keep the county in Phase 3 of the state's reopening plan ahead of an announcement next week.

In a press release on Friday, leaders from the Downtown Spokane Partnership (DSP) said the nonprofit's board voted on Wednesday to support Woodward in a request to Inslee that he refrain from moving Spokane County back to Phase 2 of the "Healthy Washington" plan and "allow the county time to execute an aggressive vaccination campaign."

“The stance of the Mayor and Regional Health Directors, to delay reverting to Phase 2, is both reasonable and safe, while also recognizing the absolute need for our employees to care for their families by returning to gainful employment," DSP President and CEO Mark Richard said.

Tara Lee, a spokesperson for Inslee, said Woodward made the request during a phone call with staff at the governor's office. The next evaluation for counties in Washington will take place on Monday, May 3 so coronavirus numbers from the weekend can be included, Lee said on Wednesday. Phase announcements will be made on Tuesday, May 4.

"We appreciate her [Woodward's] position and the tremendous work happening in Spokane to vaccinate individuals," Lee wrote in a statement.

Under Gov. Jay Inslee’s revised reopening plan, which was announced on March 11, counties are evaluated every three weeks on two metrics – coronavirus case rate over two weeks and hospitalization rate over one week. Although counties originally had to meet both metrics to avoid moving backward, Inslee announced on April 9 that counties could remain in Phase 3 by meeting just one metric.

Spokane County is not meeting either metric needed to remain in Phase 3 of reopening.

Dr. Francisco Velazquez, interim health officer for SRHD, said during a press conference on Wednesday that Spokane County has not been meeting the Phase 3 metrics "for quite some time now."

“If nothing changes and the assessment is done exactly the same way that has been proposed…we’re not meeting and will not meet those two metrics come next Monday," Velazquez said.

The DSP board expressed concerns about the "detrimental effects" to businesses should they have to face tighter restrictions again in Phase 2 of reopening, according to the press release.

“The health and safety of our community is of the utmost importance,” Richard said. “At the same time, we are urging the Governor to acknowledge that a crucial aspect of a community’s well-being is maintaining a viable economy. We feel remaining in Phase 3 and being able to take action to increase Spokane’s vaccination rate is the best course of action at this juncture.”