The criteria to move into Phase 2 of Washington's Roadmap to Recovery plan has changed twice now. 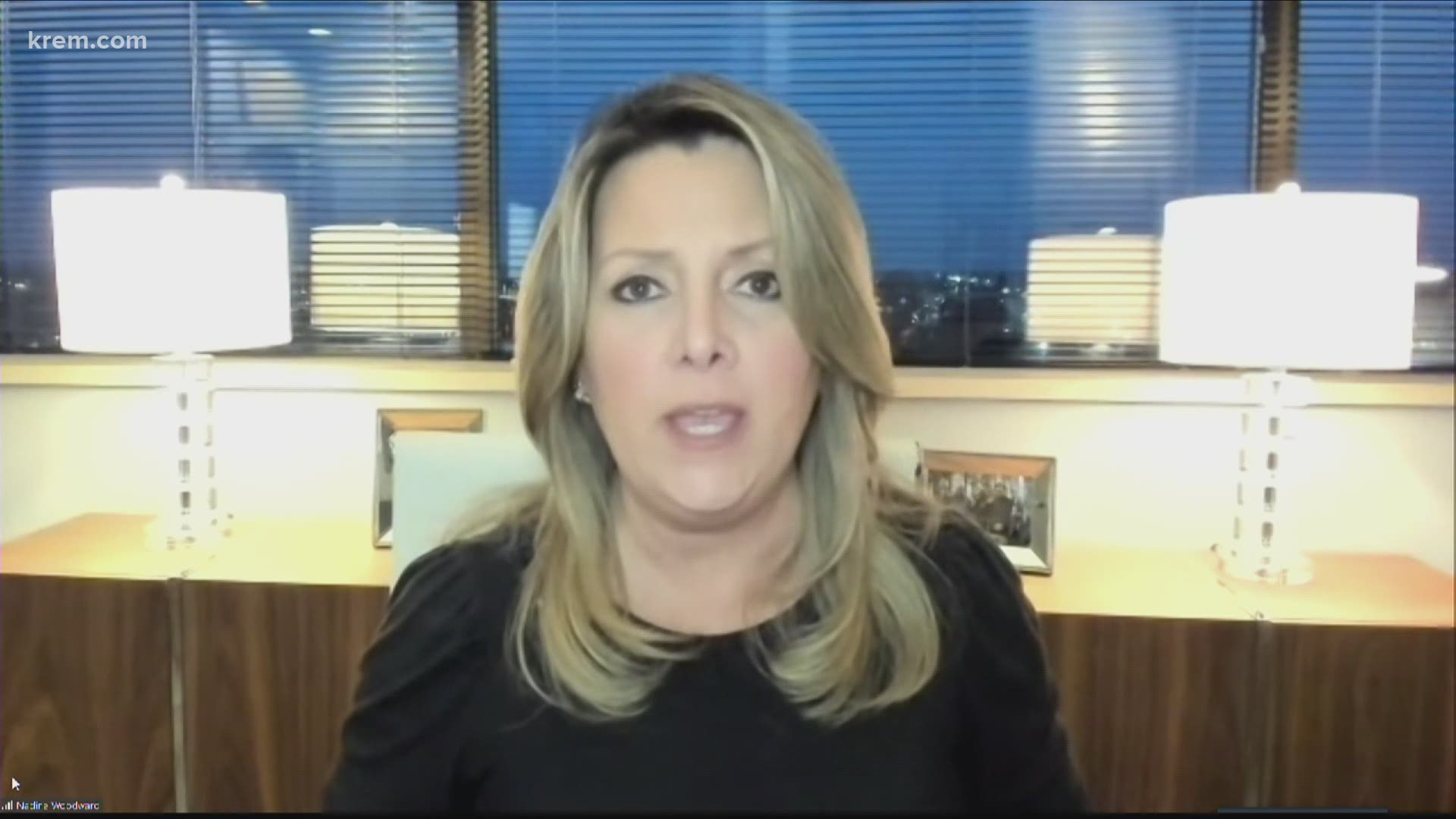 “Just two weeks ago, we were meeting three of the four metrics for getting to the next phase. Here we are so close, and the plan has changed, the goal posts have been moved. Now we have to wait another two weeks,” Woodward said.

On Thursday, Governor Jay Inslee announced the criteria for going from Phase 1 to Phase 2 would change again. Regions initially had to reach all four the metrics to move to Phase 2 but now they will only have to meet three.

Two weeks ago, the East region, which includes Spokane, met three out of the four criteria. Now, the region is only meeting two and will not be eligible to move ahead in reopening for another two weeks.

Regions must meet three of the following four criteria to move into Phase 2:

Hospital admissions have decreased by 16 percent. ICU occupancy is sitting at 76% in Eastern Washington, according to the data provided by Inslee's office. However, the two-week rate of new COVID-19 cases has increased by 22% and the positivity rate is sitting at 18 percent.

Leaders around eastern Washington are not pleased with the changes. Nine local mayors from Spokane and Spokane Valley to Airway Heights and all the way to Pullman signed a joint letter in support of reopening restaurants across the state at 50 percent.

This is an effort that's being led by the Washington Hospitality Association.

“We know that we can serve safely. We’ve proved it in August, September and October,” Anthony Anton, President of the Washington Hospitality Association, said.

He claimed that less than one-half 1% of cases came from the industry. The Washington Hospitality Association also claims that lowest death rate for COVID-19 happened when indoor dining was open to 50 percent.

However, Phase 2 would only allow for restaurants to open to 25 percent.

Anton said states that open to 50% outperform the states that are closed or open to less capacity. They compared data from multiple states in December.

Businesses staying open allows people to have safe outlets and save small businesses at the same time, Anton said.

Mayor Woodward agrees. Takeout is simply not enough, she said. She also explained that though many businesses can open under new open-air dining guidelines, others are left behind because they can’t afford it.

“We have been in contact with our local legislative delegation and at the federal level as well but as far as getting a conversation with our governor, I welcome that, but it has not happened yet,” Woodard said.

In two weeks, the governor’s office will release another report detailing what regions will move into Phase 2.