Larry Knight served 10 years in the United States Air Force. Now, he's had to put his life on hold as his colon surgery was delayed due to COVID-19 hospitalizations. 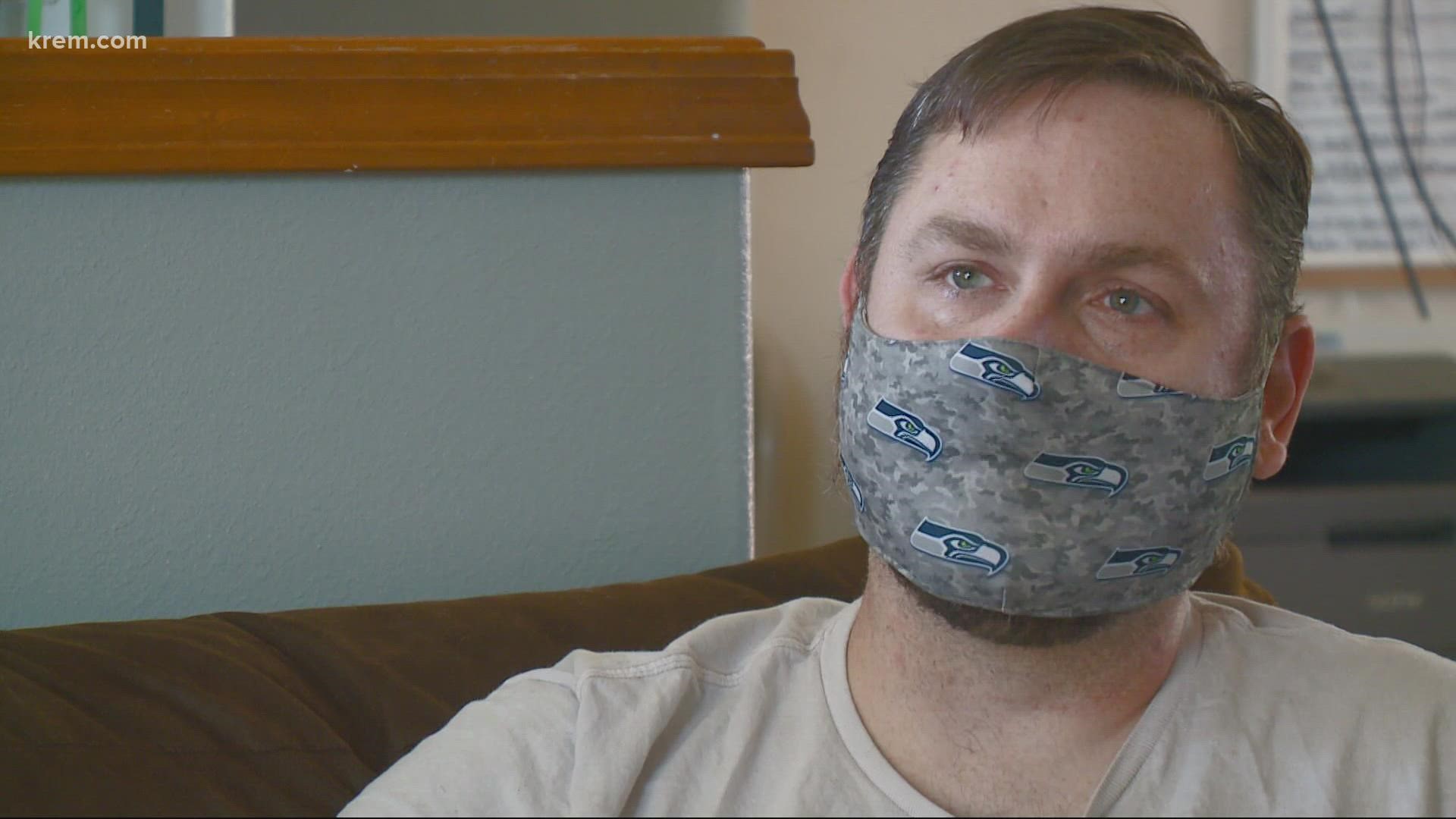 Knight lives in Medical Lake with his wife and three school-aged kids. Knight suffers from Ulcerative Colitis that isn't responding to medication. He was scheduled to undergo the first of three procedures to get his colon removed on September 24.

But now, due to the surge in coronavirus cases and hospitalizations in Spokane, his surgery has been postponed until at least October.

"Its extremely frustrating," Knight said. "It's almost like a gut punch. This is drastically affecting my life. I'm pretty well stuck just in town due to having to be so close to bathroom all the time."

He was just weeks away from the first of three procedures when he got the heart crushing phone call.

"[It was] extremely frustrating. I'll put it my very mildly, I was extremely pissed off," Knight said.

The surgery - which was to be carried out by a third-party medical provider - was set to take place at Providence's Holy Family Hospital. On Tuesday, Providence announced that all elective surgeries would be canceled until further notice.

The current scheduled date for Knight's surgery is now October 15.

Knight and his wife are both fully vaccinated, and Larry has even had a booster shot. But his three kids are in school, and his family has to now worry about the possibility of Larry getting sick - COVID-19 or otherwise - before his surgeries.

"My oldest son has been saying too that he's concerned about catching it [COVD-19] as well and bringing it home," Knight said. "My daughter is in middle school. So, it feels like we're all kind of walking on eggshells, because we don't know what's going to happen."

The worrying doesn't end with the first procedure. Knight said he and his family also have to worry about illness between the three surgeries, as the whole process will take about a year until he is fully recovered.

Until the current coronavirus spike dies down and Knight can get in for his surgeries, him and his family have to put their lives on hold.

"Everything's on hold. My wife's having to do all the stuff I would normally do. Grocery runs, just little outs. We've got three kids. So, she's got to worry about busing them everywhere too. She works over at Hallet Elementary School as well. So, she's got to balance between that and having to get everything done," Knight said.