'Only thing we can do': Spokane restaurant Italia Trattoria requiring proof of vaccination

To help keep their guests and employees safe, the restaurant must see proof of vaccination for customers to come in and eat. 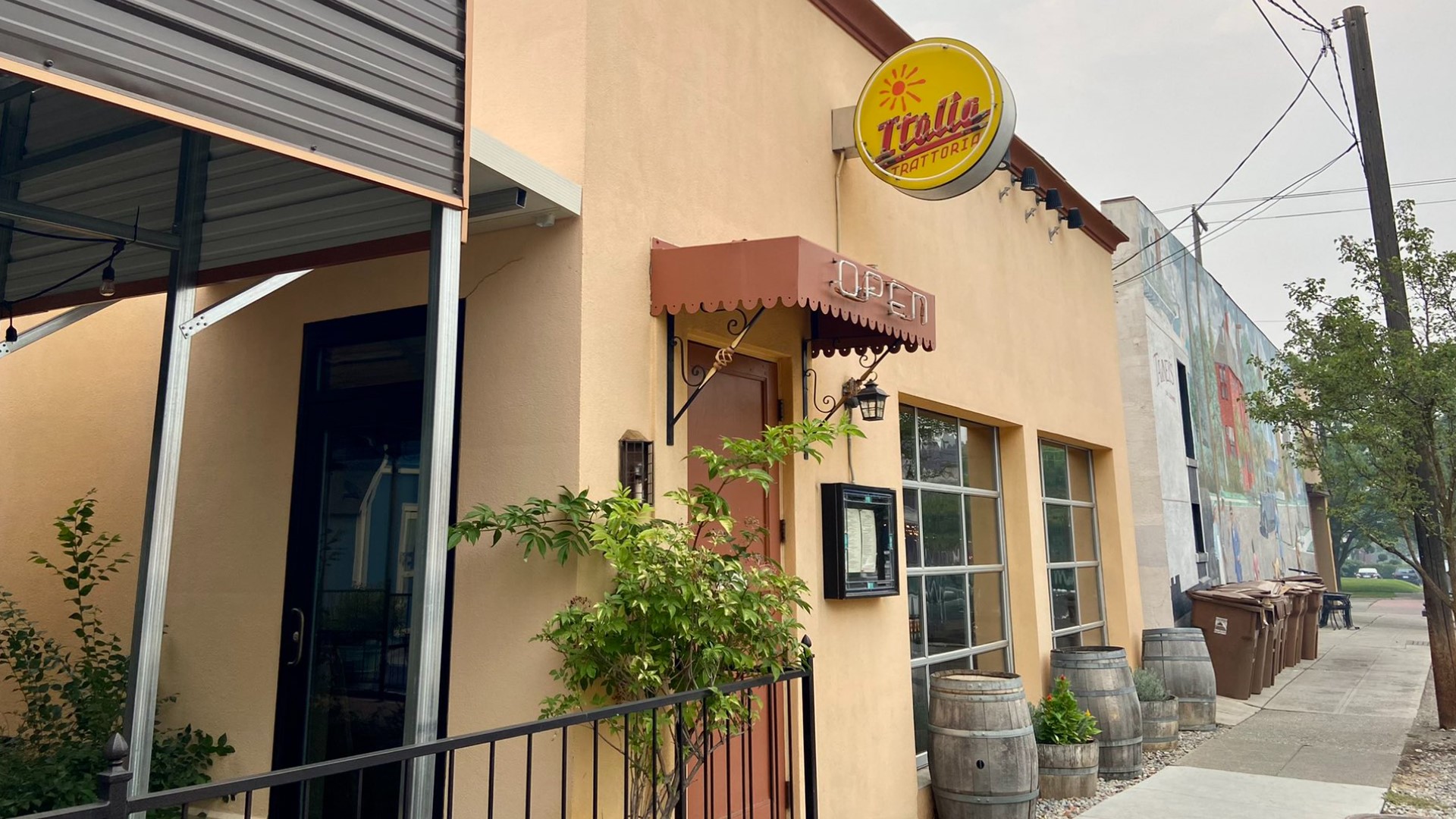 As the COVID-19 Delta variant spreads, local businesses are grappling with how to protect themselves and their customers. A handful of downtown Spokane bars are requiring proof of vaccination. Starting Wednesday, the Italian restaurant will also require patrons show proof they are vaccinated.

The pandemic has been challenging for the hospitality industry, but local restaurants are stepping up to forgo extra income to help keep their guests and employees safe.

"I want you to come in and have dinner," co-owner Bethe Bowman said. "I don't want to tell you, 'No you can't come in here if you don't have a vaccine,' but I don't really know of any other way to really protect us."

With inspiration from big cities like Seattle, New York, and Paris, Italian Trattoria is one of the first restaurants in Spokane to require proof of vaccination for entry.

"We're not like an Olive Garden, I don't have a lot of space," she added. "You have to be without a mask in my restaurant. I really don't think I have a choice."

Bowman and Anna Vogel are co-partners of the family-owned businesses. The restaurant suffered greatly during this past year, but if one of their 12 team members gets COVID, they'll have to shut down.

"Since we're a small run restaurant, and the labor force is really terrible right now and very tight, is if Anna, the chef, gets sick, God forbid it gets her really sick, but even if she gets it, it takes her out of work," she said. "She'll have to quarantine, do all this stuff and close the restaurant down because we won't have other people to cook. She's the fifth oracle in our restaurant, she is what we revolve around."

This decision doesn't come without controversy, and Bowman says she has been feeling the heat. When she announced on Facebook the new guidelines, commenters were furious. She ended up taking down the post because people were getting volatile, but she is taking it in stride.

"I think it's interesting that people get mad about that, I'm like, 'Well, you must really really like to eat our food so much that you were so angry," she laughed. "Do you really like my food that much that you're going to get that angry? Okay, well that's kind of a compliment. Thanks!"

People have threatened to sue, bringing up their HIPAA rights or discrimination, she said. Neither of those laws work for this situation. HIPAA only works for medical providers and legislation says restaurants are allowed to have requirements to eat, as long as they aren't discriminating against race, ethnicity, or religion.

Not only is she requiring vaccination for safety, but also for the sake of her restaurant's livelihood. Another shutdown could be detrimental.

"I don't think [Inslee] wants to shut us down, but boy the ICUs are getting full, she said. "If it shuts down again, the government doesn't have any more money.

Kids under 12 are still welcome, despite not being eligible for the vaccine yet. Bowman just asked that they were a mask in common areas.

The restaurant is not currently doing delivery or takeout due to staffing issues. Bowman will evaluate if they want to reopen up takeout after some time requiring vaccines.

Luckily, business is doing extremely well, Bowman said. Despite the hate messages, there are tons of messages from grateful customers eager to sit down for a meal.

As the Delta variant spreads, Spokane businesses are grappling with how to protect themselves and their customers.

Starting tomorrow, one local restaurant is requiring proof of vaccination – despite facing some major backlash. 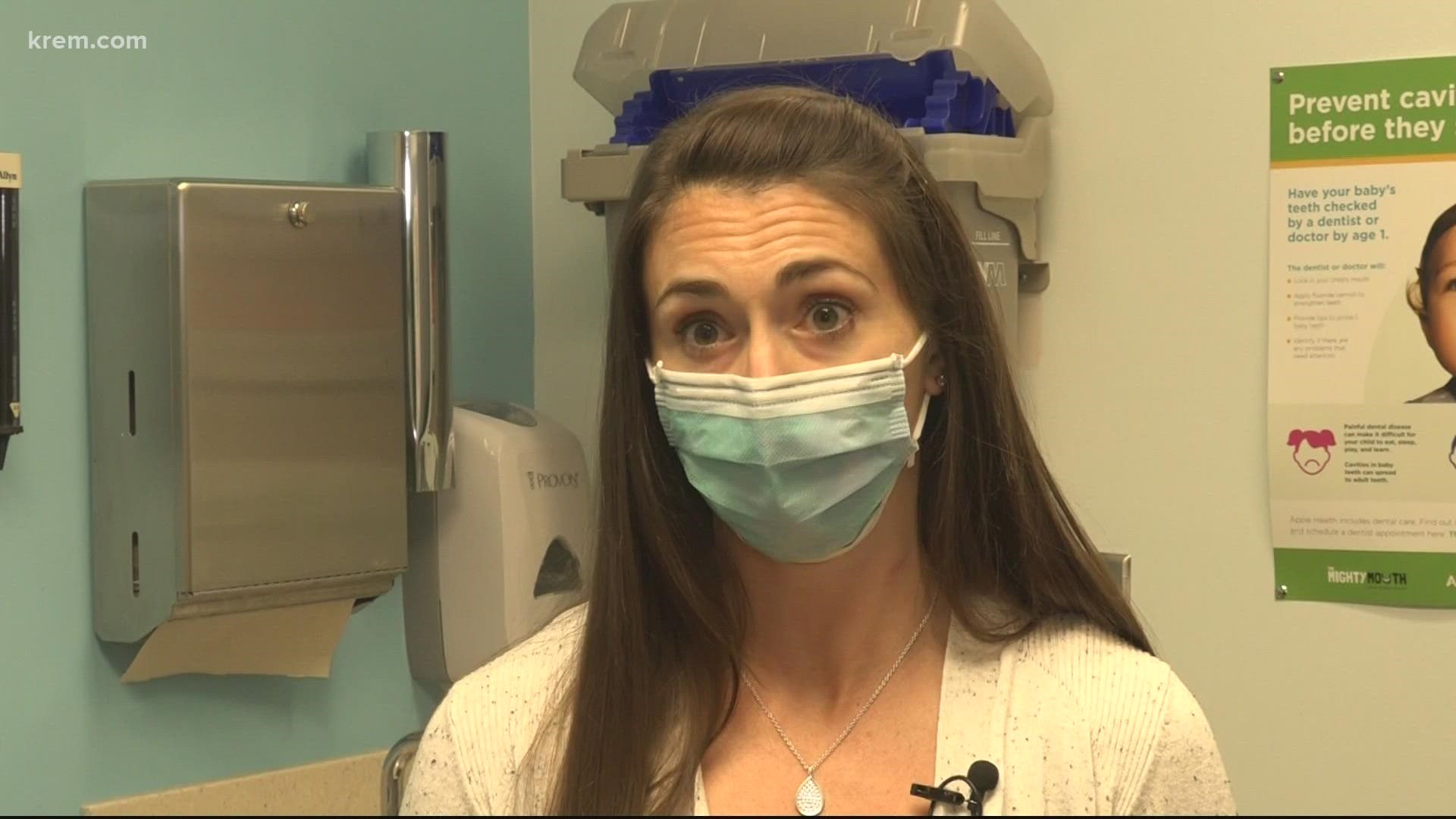