Spokane City Council President Breean Beggs said he and the rest of the board have not met with Dr. Frank Velazquez yet. 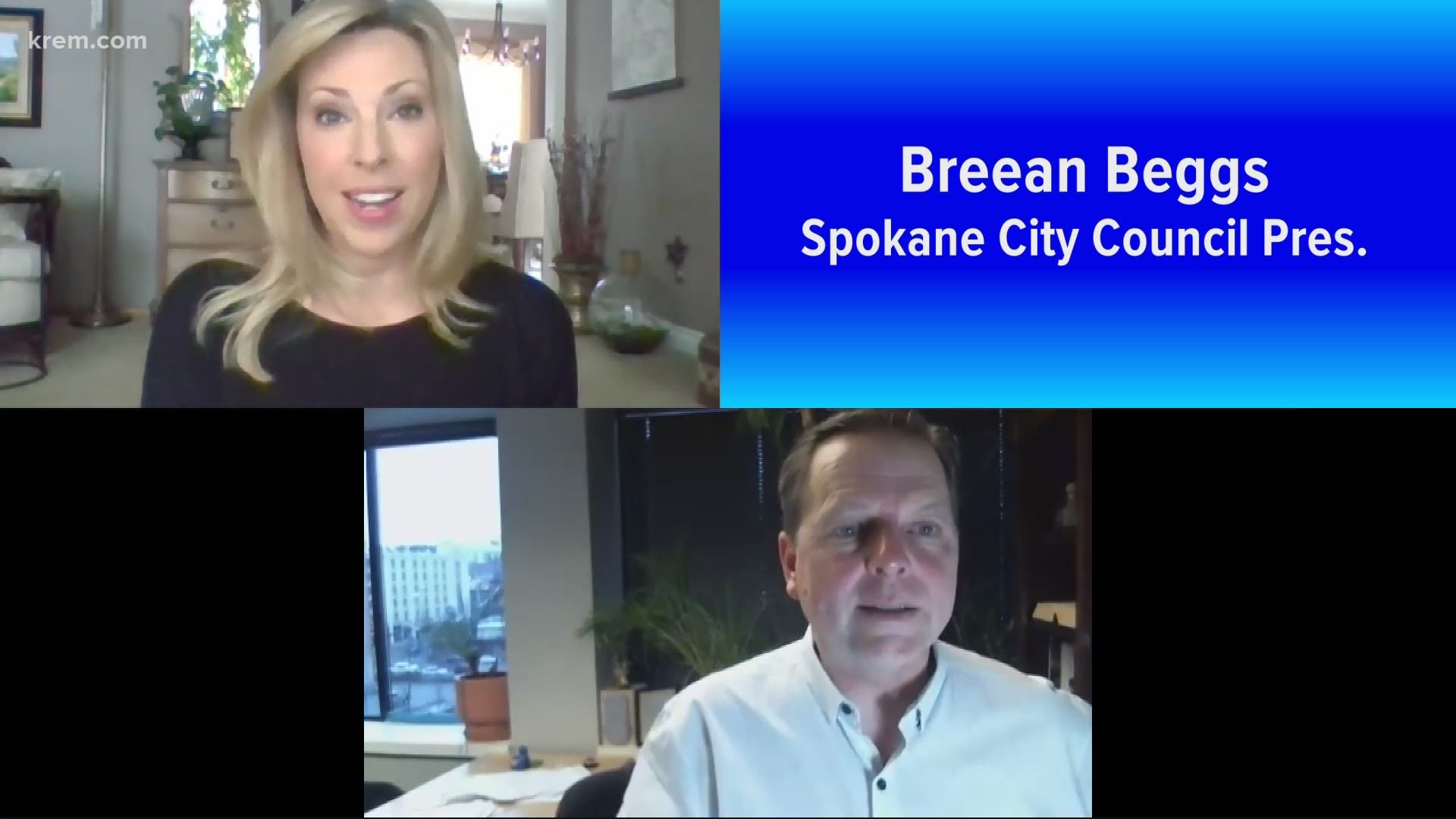 SPOKANE, Wash — The Spokane Regional Health District’s interim health officer said he will only be working part time and members of the health board say they won’t get to meet with him until December.

KREM 2’s Whitney Ward spoke with Spokane Regional Health District board member and Spokane City Council President Breean Beggs about Dr. Frank Velazquez’s appointment on Friday. Beggs said he and the rest of the board have not met with him yet.

“He sent us an email a couple days ago and introduced himself and I wrote him back saying I'm really looking forward to meeting one-on-one because it won't be until Dec. 3rd before we meet together as a board,” Beggs said.

Ward asked Beggs if he thought it was unusual that Velazquez has already started as the interim health officer and he hasn’t met with the board yet.

“Yes, under normal circumstances,” Beggs said. “He's only the part-time health officer, and without him, we would really be in trouble. But it's going to be a long time before we're fully staffed with health officer, so he's just trying to do what he can to move us forward.”

Velazquez introduced himself to the public Friday during a health district Facebook live. He also sat down for a one-on-one interview with KREM 2’s Whitney Ward.

During the Facebook live, Velazquez spoke about his background in the healthcare field, the current status of Spokane area's COVID-19 response and what the community can do to keep everybody safe.

Velazquez said he believes biggest challenge for the community will be reengaging communication and moving forward.

"The team here as well as I, we're focused on continuing our work, whatever has happened in the past is in the rearview mirror and that's where it needs to be for now," he said. "Because there are processes that are not part of what we need to do every day. So, I think, focusing on that, number one, number two, focusing on the team, because the team has been going for very long hours for very many months. And that I will tell you is a physician that worries me a little bit because we can only take so much a human body can only take so much."

During his interview with Ward, he said he will be working part-time as the interim health officer but he promised to do whatever it takes, for as long as it takes.

He also wanted the community to understand, he is not coming into this position cold. He said he has been involved in the local COVID-19 response, as part of a testing task force for the state and region.

Most of Velazquez's recent work appears to be in medical consulting and administration, but he is a doctor.

According to his LinkedIn profile, he obtained his M.D. at the Universidad Central del Caribe in Puerto Rico, then later a master's degree in healthcare management from Harvard University.

He was formerly the president and CEO of Pathology Associates Medical Laboratories, a Spokane-based lab company.

Velazquez was appointed to be the interim health officer following the firing of Dr. Bob Lutz.

The Washington State Board of Health decided to investigate multiple complaints made by citizens against Clark, alleging violations of state law in the process of her forcing out Lutz.