Spokane County will stay in Phase 3 after reopening pause announcement

Gov. Jay Inslee announced a two-week pausing in reopening on Tuesday, meaning all counties will stay in their current phase. 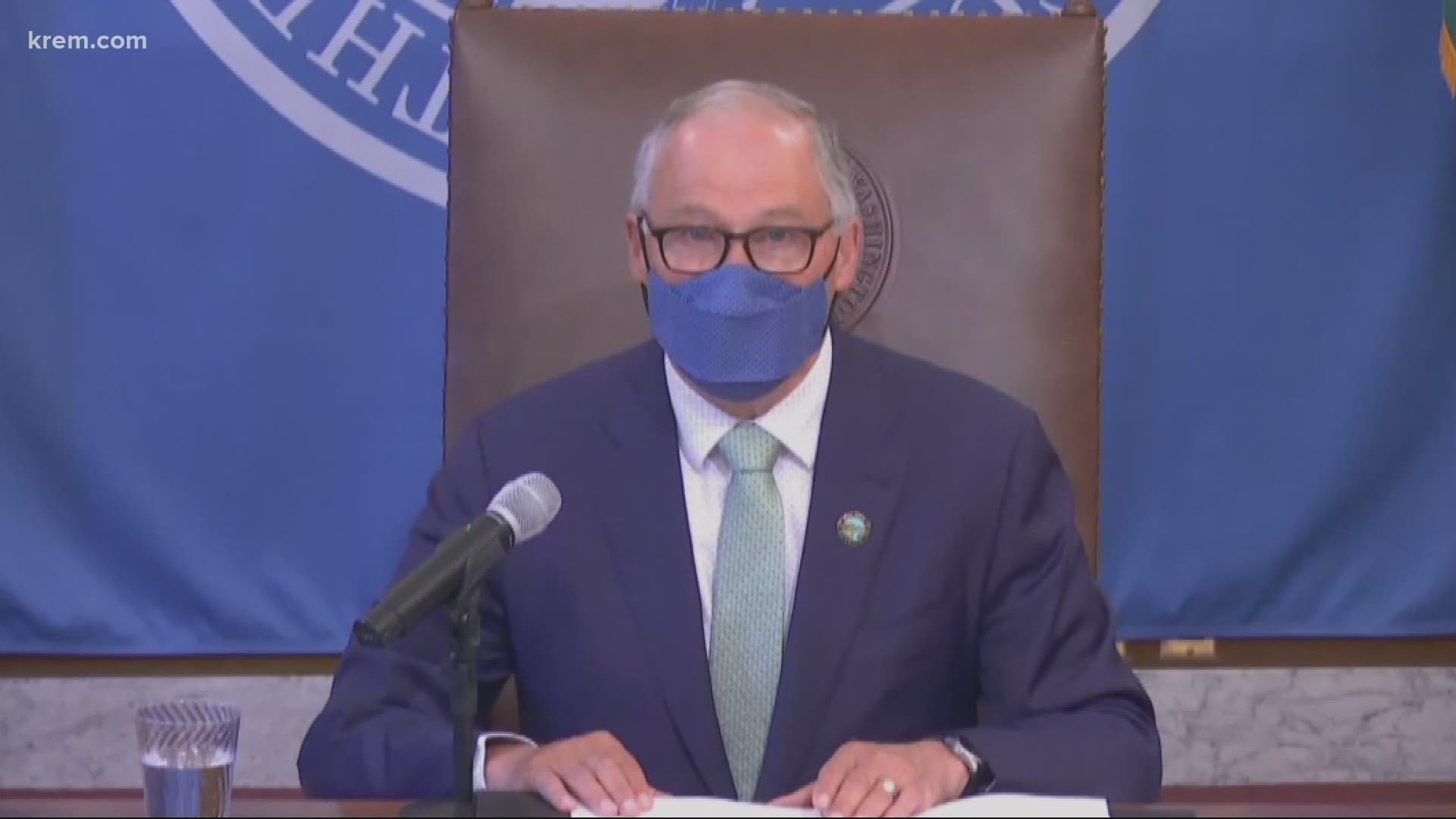 The pause means all Washington counties will stay in their current phase of reopening for the next two weeks. State officials will evaluate COVID-19 data at the end of the pause.

Inslee said he made the decision after consulting with the state Department of Health (DOH) because “we are in a constantly evolving situation, unlike any other during the pandemic.”

While Washington is in a fourth wave of COVID-19, the most recent data from the DOH shows a plateau in virus activity. Inslee said the fourth wave has also been less severe, with case counts and deaths not increasing like previous waves.

The fourth wave has not been coupled with an increase in deaths, Inslee said. Hospitalizations are up, but hospital stays are shorter and state officials are “confident staff are handling the increase,” he added.

“We are at the intersection of progress and failure, and we cannot veer from the path of progress,” Inslee said. “Our economy is beginning to show early signs of growth thanks to some of our great legislative victories and we know vaccines are the ticket to further reopening  —  if we adhere to public health until enough people are vaccinated.”

If residents remain committed to vaccination efforts, Washington could have a “more substantial reopening” in the summer months, Inslee said. Everyone age 16 and older are currently eligible to receive the vaccine. Click here to find an appointment.

Although Inslee paused the state’s reopening plan, county health officers still have the ability to roll their county back a phase or impose additional COVID-19 restrictions if needed, he said. For example, the Northeast Tri County Health District announced on Friday that Ferry County would move back to Phase 2 amid a COVID-19 outbreak that has infected more than 100 people following a three-day-long superspreader event.

Velazquez also expressed appreciation for Inslee's decision to pause, saying it will give Spokane the chance to distribute more vaccine, double down on compliance with other protocols and get a better sense of where the area is trending. He's hopeful we can remain in Phase 3 after this pause but said it isn't a sure thing.

"I think it's still difficult to predict, particularly because the numbers are still changing on a daily basis. If we do continue the trend that we have, I think our chances will be a lot better. Two weeks is a good period of time, but sometimes it's not long enough for trends to go in a different direction," Velazquez said. "Hopefully these two weeks will make a significant difference. I do believe just when we look at the progress we've made in immunizations, if we continue moving forward, particularly with our younger generations, we should see the benefits of that over the next few weeks."

Under Phase 3, indoor spaces, such as restaurants and movie theaters, can have 50% occupancy. Up to 400 people can attend indoor and outdoor activities, such as concerts and high school graduations, as long as physical distancing and masking are enforced. Outdoor events with permanent facilities can have 25% occupancy for spectators.

"We appreciate that the governor announced a pause on further rollbacks, which recognizes the sacrifices we have all made to keep each other safe. Rolling back counties would have been the wrong decision, given the progress in vaccinations, the drop in the length of hospital stays, the incredible damage that shutting down the economy has on families and small businesses, and that previous rollbacks have not worked. As the vast majority of states have or are prepared to reopen completely, we are eager to move beyond rollback-only approach and create a real path forward.”

Cowlitz, Pierce, and Whitman counties were the first to be moved back to Phase 2 after all counties were moved to Phase 3 as the state transitioned to a county-by-county based system for reopening. Whitman County, which is home to Pullman, will remain in Phase 2 amid the two-week pause.

Recently updated guidelines for spectator events and churches in Washington now allow venues to designate "vaccinated sections" within their facilities that can be seated at full capacity.

Under the new guidelines, spectators must present proof they're fully vaccinated in order to be admitted to the vaccinated-only section. Vaccination cards, a photo of a vaccination card, or an immunization record will be accepted as proof.