The latest updates on the coronavirus pandemic from Wednesday, March 10. 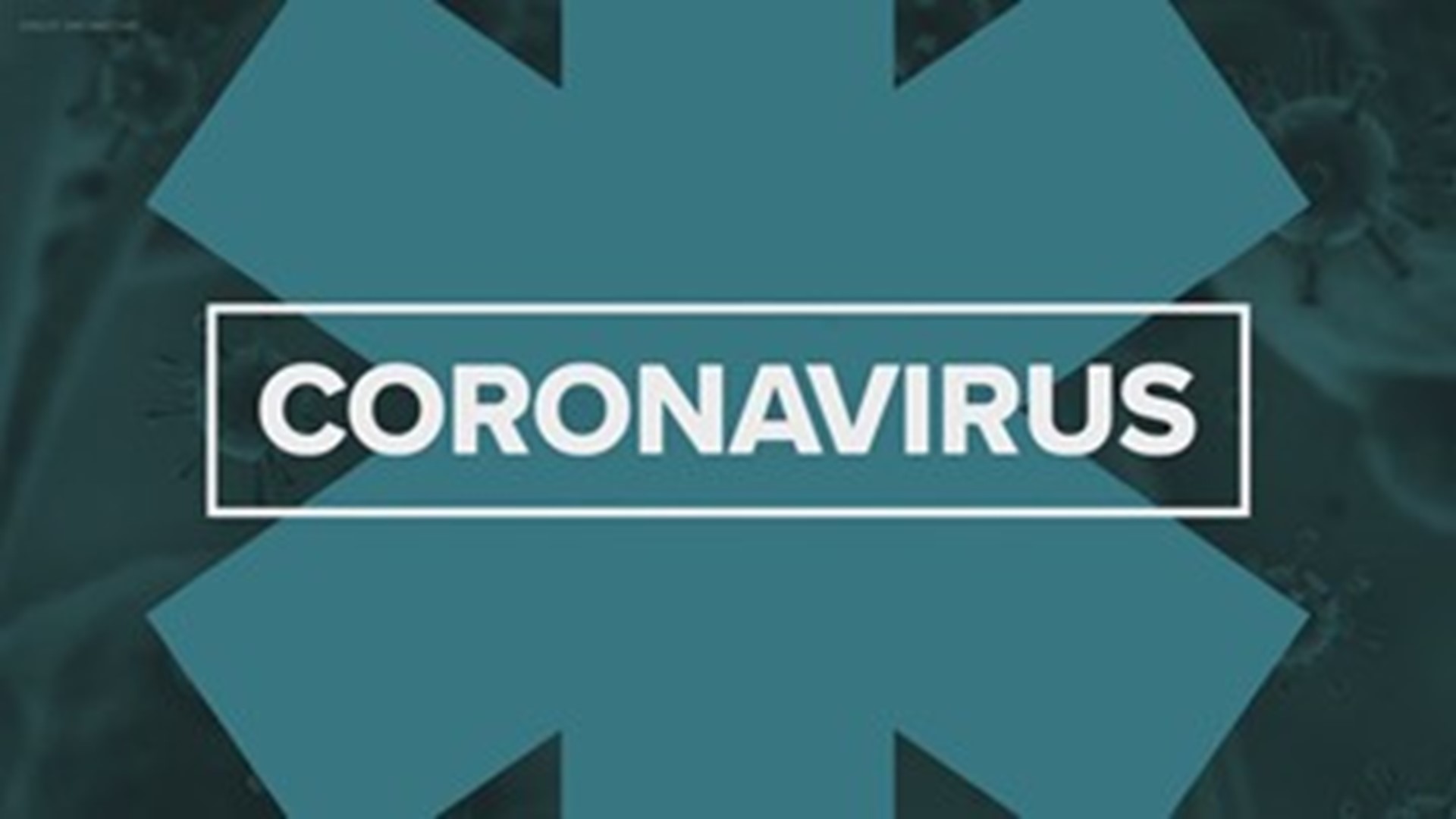 INDIANAPOLIS — Wednesday's latest updates on the coronavirus pandemic, including the latest news on COVID-19 vaccinations and testing in Indiana. Registrations for the vaccine are now open for select groups through Indiana State Department of Health. This story will be updated over the course of the day with more news on the COVID-19 pandemic.

RELATED: Here's everything we know about the COVID-19 vaccine

Eligible Hoosiers can get help with up to 12 months of rental and utility bills.

Gov. Holcomb and state leaders are giving an update on the vaccination effort and response to COVID-19.

More than a million Hoosiers have now received the vaccine. Vaccination rates:

Even if you are vaccinated, the Indiana State Department of Health advises you still need to wear a mask when at church, the grocery store and other indoor places where you are around people that might not be vaccinated.

The state's positivity rate now stands at 3.1 percent. For the first time since July, there are fewer than 700 Hoosiers hospitalized due to COVID-19. There are 61 Indiana counties now in blue, and all the rest except one are in yellow. No counties are in red.

The state is advising long-term care centers to allow visitations of up to 8 hours during the week and then hours on the weekend.

The state will be extending eligibility to educators beginning on Monday. Those eligible include:

The state has extended vaccine eligibility to Hoosiers with the following conditions:

Travelers will soon be able to get tested for COVID-19 at the Indianapolis International Airport.

The airport is teaming up with JFI Medical to open a COVID-19 testing site Thursday, March 11 that will be exclusive to individuals traveling through the airport and badged employees.

The testing site is optional for travelers, and it is not part of TSA screening. It will be located in the baggage claim area and open Mondays, Thursdays, Fridays and Sundays from 4-8 a.m. and 2-8 p.m. Tests can also be scheduled around those times as an airline requires. Pre-registration is required.

The state is reporting 863 new cases of COVID-19 for a total of 669,164 confirmed cases since the pandemic began.

There were also 16 additional deaths bringing the state death toll to 12,350.

President Joe Biden on Wednesday is expected to announce plans to purchase another 100 million Johnson & Johnson COVID-19 vaccine doses during an event with the CEO of the company, according to NBC and the New York Times.

Two senior administration officials informed the news outlets about the U.S. acquiring the additional doses of the single-shot vaccine, which would be more than enough to vaccinate the country's population, according to NBC.

The New York Times said the new shipment of vaccines could be delivered sometime in the second half of 2021.

The White House on Tuesday evening said Biden will host an event at 3 p.m. ET on Wednesday with the CEOs of Johnson & Johnson and Merck, the rival company who is helping produce the vaccines. However, specific plans for the meeting have not been officially announced.

Last week, Biden said the United States would have enough coronavirus vaccines for every single American adult by the end of May.

The Indiana State Department of Health has expanded eligibility for the COVID-19 vaccine to several more high-risk health conditions.

Patients with chronic conditions like cystic fibrosis, muscular dystrophy, epilepsy and cerebral palsy are now eligible to be vaccinated. Also added to the list are people with severe asthma, those who need supplemental oxygen and people with HIV.

Individuals who are eligible under the new guidelines will receive a unique registration link or can call 211 after receiving the notification.

Worldwide, there have been more than 117.57 million confirmed cases with more than 2.61 million deaths and 66.62 million recoveries.

RELATED: See where confirmed Indiana coronavirus cases are with this interactive map

The real number of people infected by the virus around the world is believed to be much higher — perhaps 10 times higher in the U.S., according to the Centers for Disease Control and Prevention — given testing limitations and the many mild cases that have gone unreported or unrecognized.

For most people, the coronavirus causes mild or moderate symptoms. For some, especially older adults and people with existing health problems, it can cause more severe illness like pneumonia, or death.

The U.S. House of Representatives is expected to take up the Senate's version of the $1.9 trillion coronavirus relief package, which includes a third round of stimulus checks, on Wednesday, House Majority Leader Steny Hoyer's office said Tuesday.

The Senate passed its COVID-19 relief bill on Saturday, with a party line 50-49 vote, with several changes compared to what the House originally passed. Instead of $400 weekly emergency unemployment checks, the Senate bumped it down to $300. It also removed the push for a federal minimum wage of $15 an hour.

Under the Senate bill, the amount for stimulus checks would be gradually reduced until it reaches zero for people earning $80,000 and couples making $160,000. Those ceilings were higher in the House version.

House Speaker Nancy Pelosi told reporters Monday that the House would vote on the legislation "Wednesday morning at the latest," according to Reuters. She said it only depends when the Senate sends the legislation.

Gov. Greg Abbott announced the changes last week at a press conference and said conditions had improved in the fight against COVID-19 to the point where he felt businesses could open to full capacity. Some businesses were previously only allowed to open to 75 percent capacity.

He also said Tuesday, March 2 had the lowest positivity rate in Texas for COVID-19 cases in four months. Cases had been dropping in recent weeks since a spike after the winter holidays.

Abbott said that while he is removing the statewide mask mandate, he encouraged businesses to create their own policies to prevent the spread of COVID-19.

Most anyone who wants a COVID-19 vaccine in the state of Alaska now can get one.

Gov. Mike Dunleavy announced Tuesday that effectively immediately, the state is removing all eligibility requirements to get a COVID-19 vaccine. There remains a minimum age requirement, however, based upon the Food and Drug Administration's Emergency Use Authorization for each vaccine.

One still has to live and work in the state, too, but officials no longer are focusing on older or high-risk populations.