The vaccination rate in Idaho is less than 70 percent, and the delta variant is 60 percent more transmissible than the Alpha variant we saw last winter. 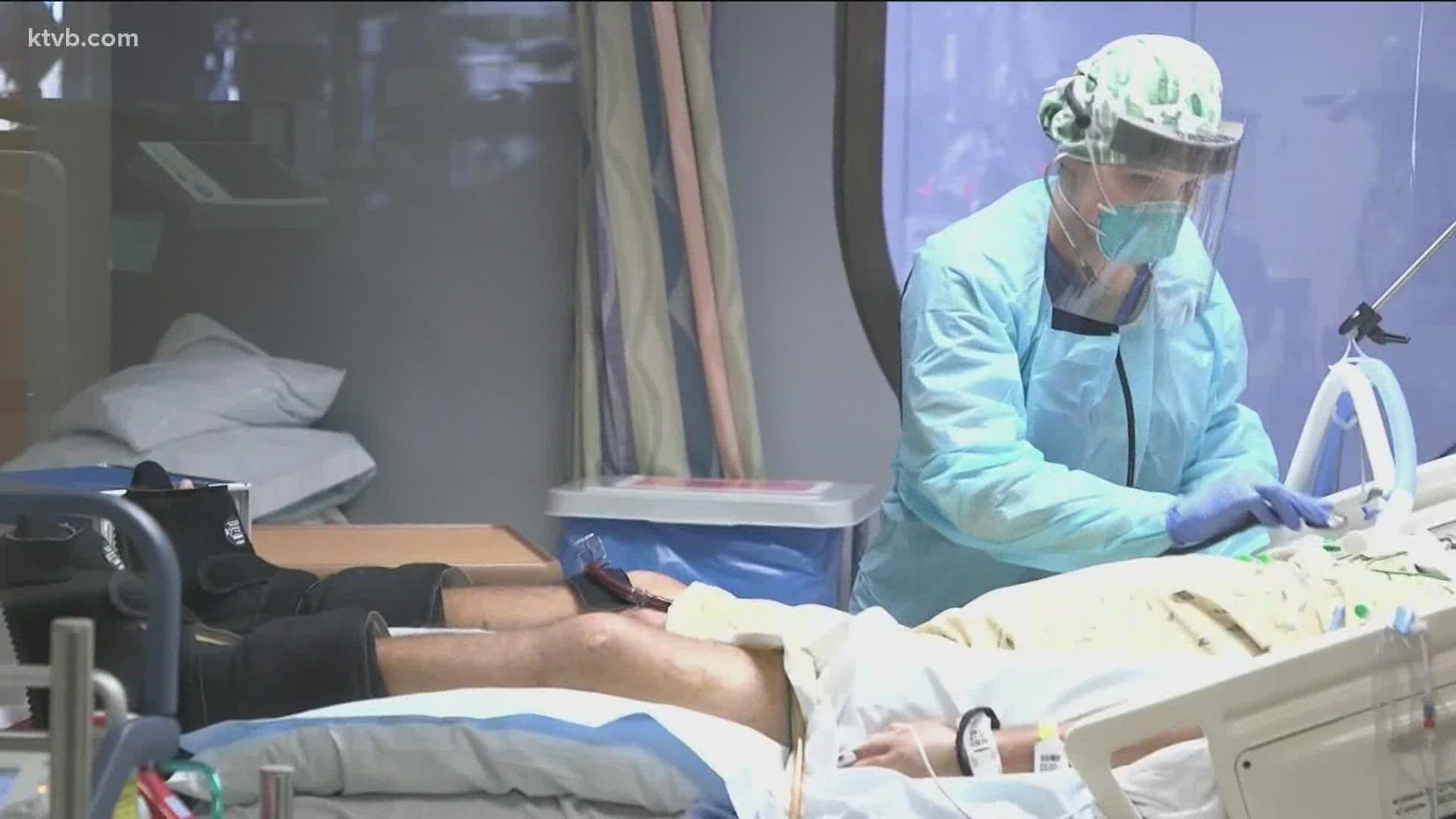 Those were just some of the key topics discussed among Idaho's health care leaders during a media briefing with reporters Tuesday. They expressed concerns that Idaho is headed in the wrong direction as the delta variant gets a stronger foothold in the state.

Dr. Kathryn Turner, deputy state epidemiologist, says based on the projections and what they're seeing right now, "it looks like it could be a very grim winter for us, at least a grim fall."

Turner says the vaccination rate in Idaho is less than 70 percent, and the delta variant is 60 percent more transmissible than the Alpha variant we saw last winter. So based on those two assumptions, she says the projections show Idaho could see 2,500 hospital admissions weekly and 30,000 new cases per week by mid-October.

And currently, we are seeing a significant increase when it comes to people in the hospital with either suspected or confirmed cases of COVID-19.

“When you look at the data what you will notice is that we are not repeating the surge that we saw in the summer of 2020, we are actually beating that surge and we are inching more toward the surge that we saw last winter, if current projections continue we could be reaching those levels here in the next few weeks," Dr. Turner said.

We are also seeing an increasing number of people in the intensive care unit. Turner says we're currently at the peak that we were at last winter. And on top of that some of those patients require a ventilator. There were 65 people in Idaho hospitals on a ventilator this past week, according to state epidemiologist Dr. Christine Hahn. That's slightly higher than the usage during the surge of last summer and winter.

Elke Shaw-Tulloch is the administrator for the Division of Public Health. She's alarmed by what's happening in our healthcare system. Positivity rates are way up and hospitals are completely stressed. She said one hospital is northern Idaho currently has around 500 open positions. Normally, that number would be around 200. She says Idaho may have to compete with other states to find enough hospital staff.

"We have been submitting emergency assistance requests to bring staff in from federal sources, which puts us in competition with other states experiencing the same emergency," Shaw-Tulloch said. "We are convening our hospitals several times a week to problem solve. We've called on our crisis standards of care activation committee to convene later this week on protocols and are ready to activate crisis standards of care on a moments notice, if needed."

She says crisis standards of care are usually implemented in time of pervasive or catastrophic disaster.

Dr. Hahn says the public can help protect our hospitals by getting vaccinated and wearing a mask when in public. She added that she's now gone back to wearing a mask while in the grocery store.

The Gem State reported 904 total new COVID-19 cases on Tuesday. Of those, 740 are confirmed and 164 are probable. That's the highest daily count since January 19.

Hospitalizations are near levels we haven't seen for seven months. As of Friday, 326 people infected with the virus are in Idaho hospitals. That’s the highest number since January.

Severe cases are near record highs with 108 people in the ICU with COVID. The all-time record is 122 people.

And a little more than 12,400 Idahoans became partially vaccinated over the past week.

In the same period, roughly 4,600 became fully vaccinated against COVID-19.