Spokane mayor asks to be part of Phase 3 plans: What we know about Washington's next steps

Washington hasn't yet announced plans for Phases 3 or 4 of the reopening plan, but Spokane Mayor Nadine Woodward is lobbying to be a part of the process. 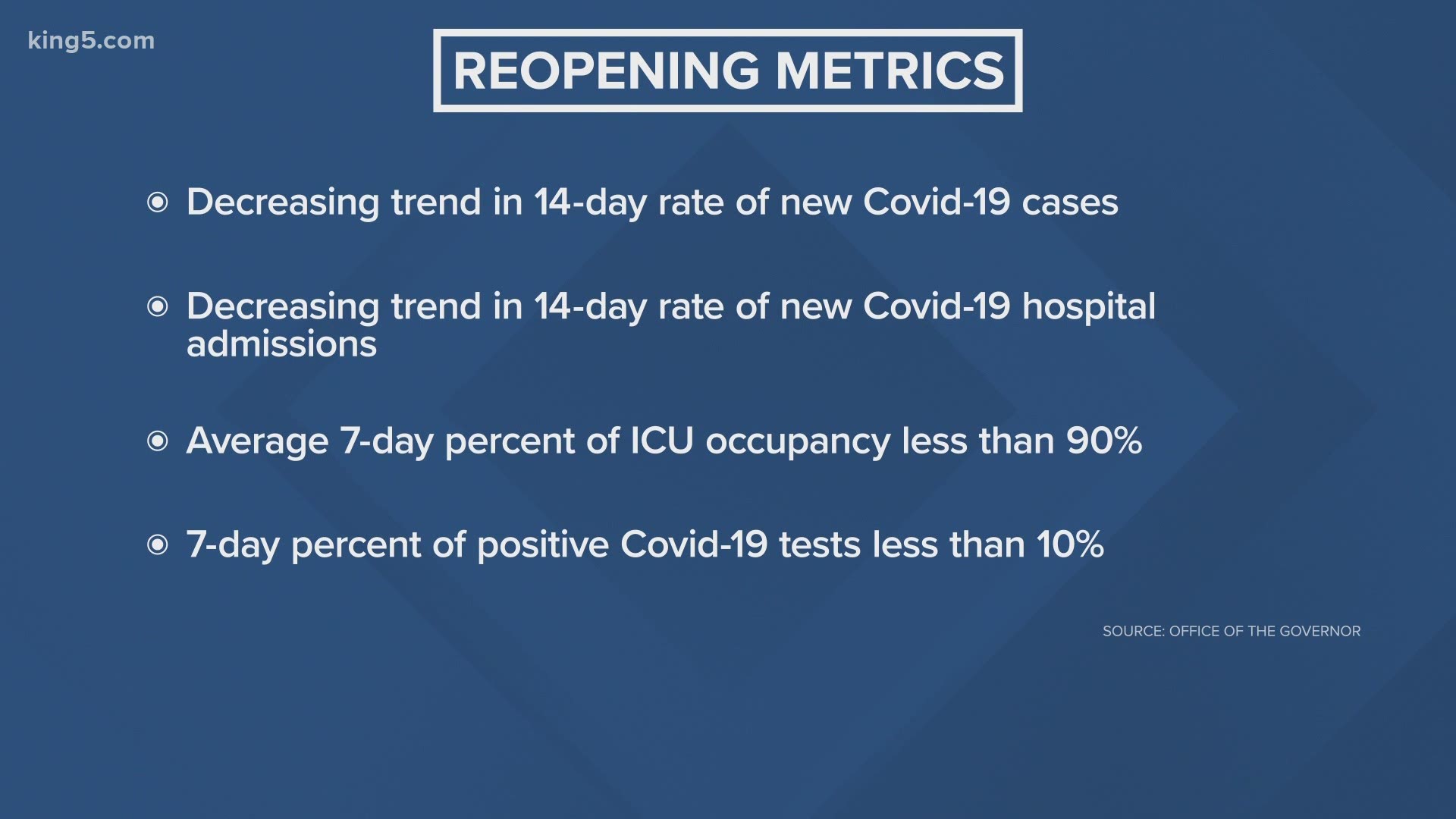 SPOKANE, Wash. — Spokane Mayor Nadine Woodward is lobbying for Governor Jay Inslee to include Eastern Washington in the planning process for Phases 3 and 4 several days after the East region, including Spokane, entered into Phase 2 of reopening.

"@GovInslee Eastern WA deserves a seat at the table to help develop a plan to safely move forward! Collaboration is a good thing. We’re in!!!" Woodward wrote on Twitter.

So far, the Governor's office hasn't released plans for Phase 3 and 4 of the "Healthy Washington" reopening plan. Currently, the entire state is in Phase 2. The move loosened restrictions for a handful of businesses, but many businesses in the Eastern Region say they're losing customers to North Idaho, where restrictions are even looser.

"THIS is the challenge eastern WA has faced during the entire pandemic. It’s why WE should be part of the discussion to move forward. How many other states have had to overcome this obstacle? Very few!" Woodward wrote.

RELATED: Phase 2 reopening in Spokane: What's allowed and which businesses can reopen

So when will we know the guidelines for future phases? In a press conference on Thursday, Feb. 11, Inslee said he does not have a date for when Phase 3 and 4 guidelines will be released. He said the state has been focused on getting into Phase 2.

The Healthy Washington plan says the Department of Health could add more phases to the plan as the COVID-19 situation changes in the state.

"DOH and local health departments reserve the right to move a region outside of this timing, and additional phases may be added as the state’s COVID-19 situation changes with continued vaccine distribution and other changes in public health response," the plan reads.

A spokesperson for the governor's office previously said getting regions to Phase 2, and keeping them there, is the state's priority.

"Getting and staying in Phase 2 will require a lot of work and effort... people should be focused on that," said spokesperson Tara Lee. "Additional phases may come in the future but for now with disease activity so high in much of the state, we're focused on helping them get to Phase 2."

In order to move to Phase 2, regions need to meet the following metrics:

Regions can be moved back to Phase 1 if they fail to meet two of the requirements for staying in Phase 2.

KING 5 staff contributed to this report.