The first case of coronavirus was confirmed in Washington and the U.S. one year ago, marking the beginning of a public health crisis that changed lives forever. 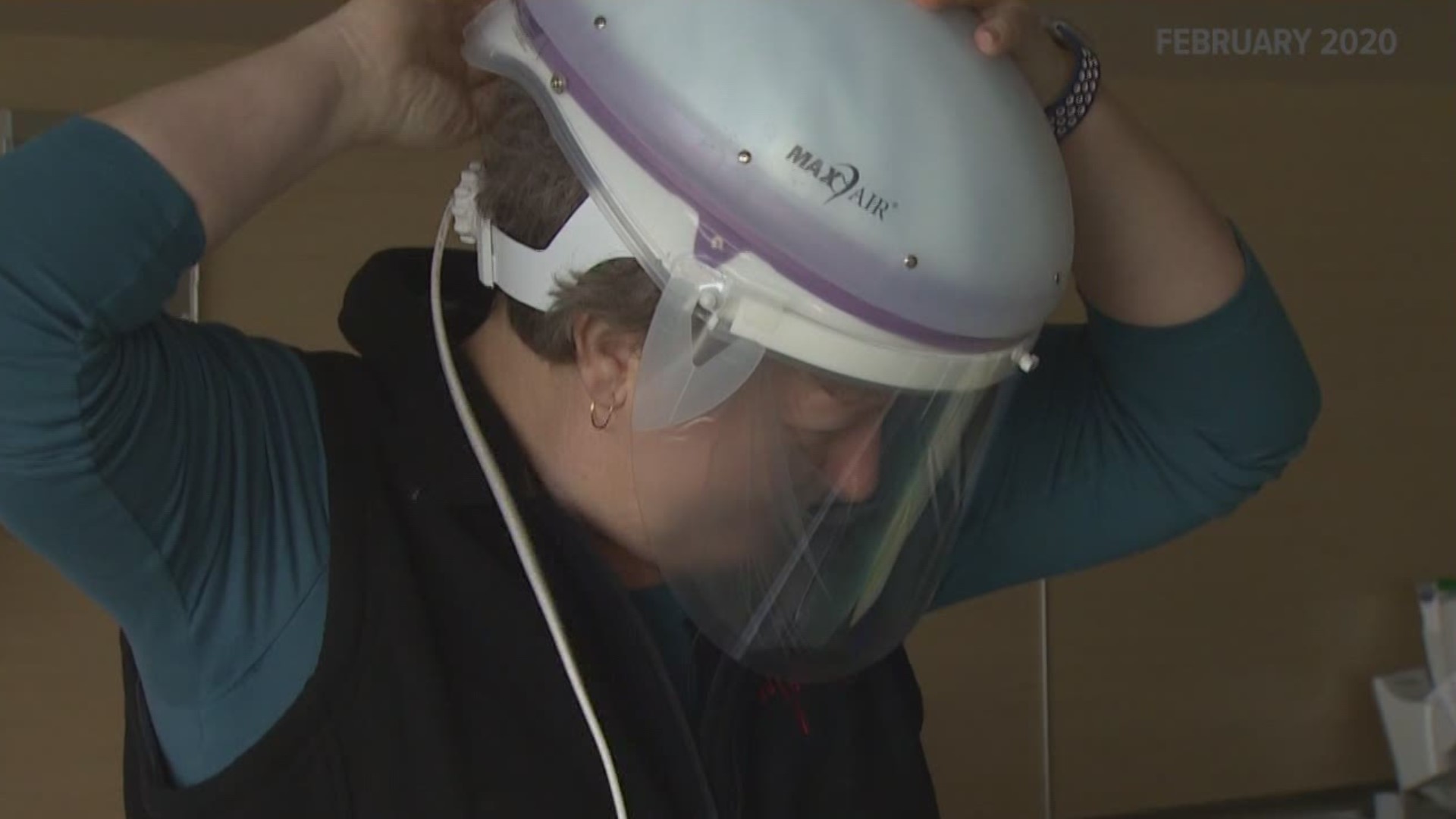 EVERETT, Wash. — On Jan. 20, 2020, a man who had just traveled from Wuhan, China was transferred to Providence Medical Center in Everett with flu-like symptoms.

The next day — one year ago today — it was confirmed that he had the coronavirus, the first case in the United States.

“It’s been a rollercoaster. When the first case was here, we had all naively hoped it was going to be a pretty limited event’” said Providence Everett Chief Medical Officer Dr. Jay Cook.

The Snohomish County man in his 30s had traveled through Sea-Tac Airport on Jan. 15, 2020, and later developed symptoms.

While the case prompted health officials to screen travelers for the virus, at the time, health officials said there was a low risk to the public. Gov. Jay Inslee said it was “not a moment of high anxiety.”

It would be another month until Washington’s second coronavirus case and the U.S.’s first COVID-19 death were confirmed. But officials later said they believed the virus was already circulating in the United States before the Snohomish County case was identified.

Receiving the first call that a patient at his hospital had COVID-19 was a shock to the system, Cook said.

“When I received the call I was a little apprehensive, but I knew that our teams had been practicing and drilling for managing successfully a highly contagious infection outbreak, as a result of the Ebola event that happened a few years previously,” he said.

Nurse Robin Addison was at home after a long shift at the hospital when her phone rang with the news.

"I wasn't shocked to see the first patient was in Washington, but I have to say I was a little surprised it was in our little town,” Addison said.

She was one of the first medical professionals in the country to treat a patient with the coronavirus. Addison leads the Biocontainment Evaluation and Specialty Treatment Team at Providence.

“I think that in a lot of ways, having that first patient was a stroke of luck for us here because it twigged everybody to what was going on with this virus long before the rest of the world had figured it out,” she said.

Addison's team specializes in containing highly contagious diseases, like COVID-19. They had just finished a training session on disease containment few weeks prior to the case arriving at the hospital.

“Boy, was it ever lucky that we had just had that training with the larger community and talked through some issues that we sort of anticipated would arise,” she said.

They were able to keep the virus from spreading from that initial case. However, within weeks, unrelated cases of coronavirus were being diagnosed throughout the area, and then around the United States.

“I think just managing the uncertainty was one of the biggest challenges. But our team here showed such great resilience and such great flexibility and such a great ability to change and adapt to all this. I think that was a big part of our success,” Cook said. “I couldn’t be more proud. I try to tell people that as often as I can.”

In February of last year, just weeks after the patient was discharged, Addison spoke to KING 5 about her experience.

Now she reflects on all that has changed in the last 365 days.

"We had to change the whole way we deliver healthcare; we had to change the way hospitals work. I walked past the gift shop on my way here, it's still decorated for Easter of last year because it's been closed since last March. So, a lot of that changed. It was just way, way bigger than I ever thought it would be,” she said.

Cook has learned a lot as well.

“I think we’re in a much better place with knowing how to manage these patients. Many of the processes that are now standard procedure were not that when we started. We really didn’t know how best to isolate and manage these patients. Many of these treatment and care flows have actually come from our facility and others in the northwest,” Cook said. “We are much aware more of how all aspects of our medical operation impact all patients. Our environmental service, our dietary, our security. All of these have really at one point of another been sort of at the forefront of our response and it really does take a team and a village to have a successful outcome.”

Now Providence has given nearly 9,000 doses of the COVID-19 vaccine.

"I think that gives a real ray of hope here," he said. “Now that the pool of people who can get vaccinated has increased, we're going to really need more supply to provide those vaccines for an increased number of patients."

Addison hasn’t seen her parents in over a year because of the virus. She just got her second dose of the vaccine, and hopes it'll soon bring her the reunion with her family that's been a year in the making. 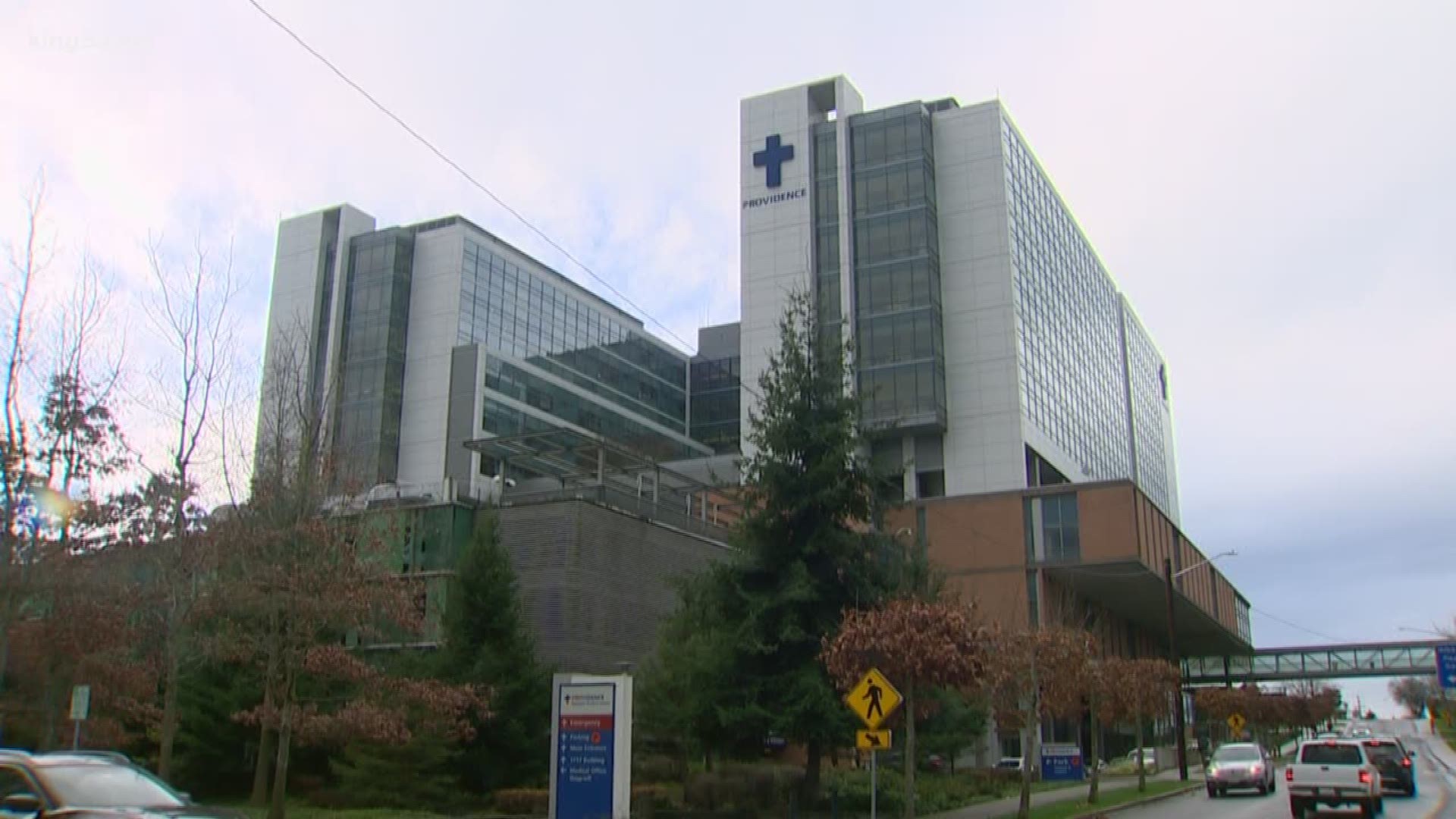 On Jan. 21, 2020, a Snohomish County man who had traveled to Wuhan, China became the first confirmed case of coronavirus in the United States. At that time, the only cases were in China, where a reported 17 people had died and over 540 have been infected.

A man in his 50s who was living at the Life Care Center in Kirkland died Feb. 26, 2020, two days after he was admitted to the hospital.

RELATED: 'Ready for this to be over': Staff at Kirkland's Life Care Center, site of 1st US outbreak, receive second shots

By March, health officials had sounded the alarm on the virus. Inslee ordered public schools to close and a ban on large gatherings before issuing a stay-at-home order.

Since the start of the pandemic, there have been 294,017 total cases of COVID-19 in Washington state and 3,940 deaths, according to data from the Washington State Department of Health, as of Jan. 18, 2021.