While the number of people getting tested for coronavirus at the stadium has dropped, there is still a serious shortage of test kits, according to officials. 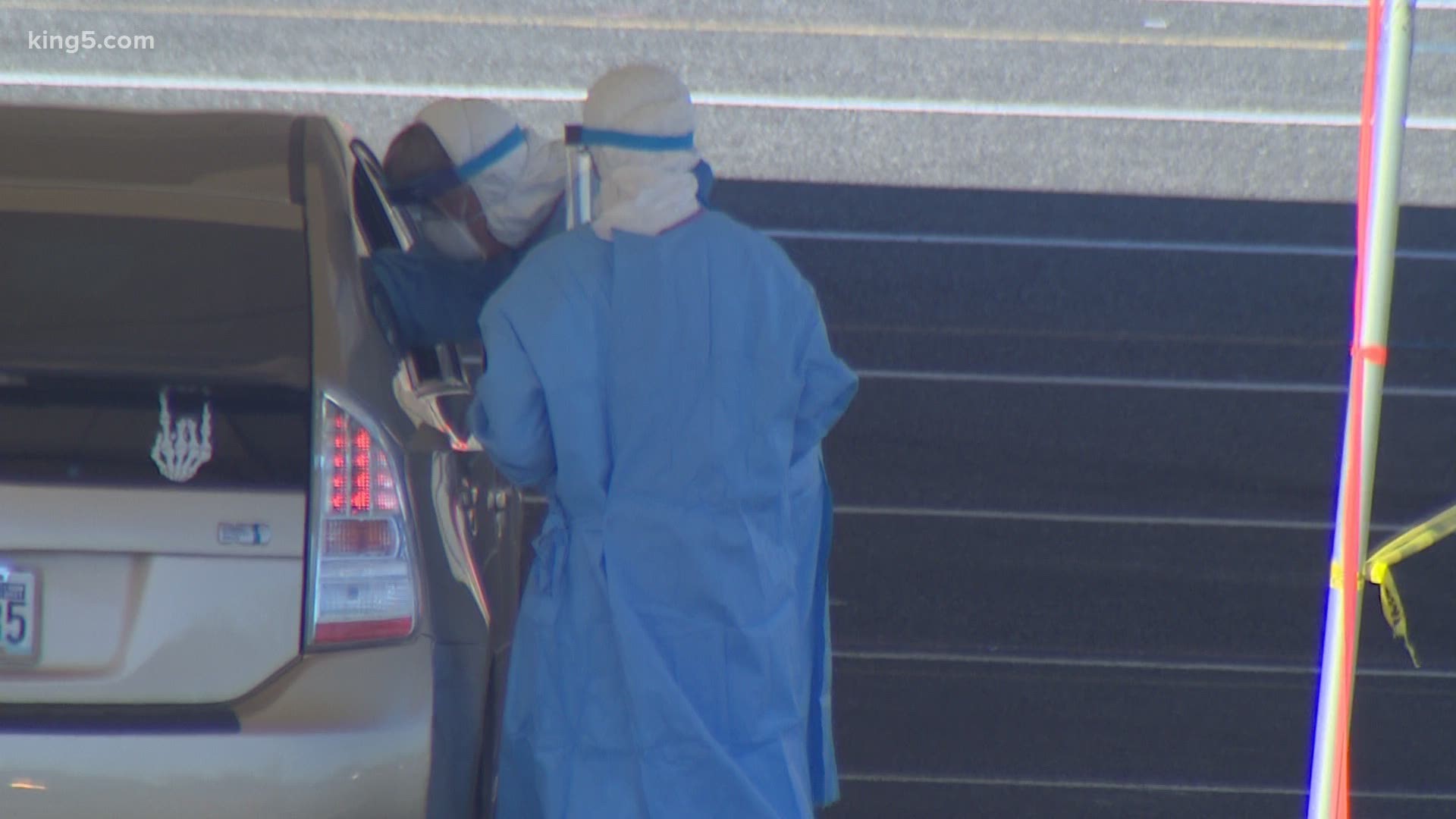 EVERETT, Wash. — Thursday was the last day for people to get tested for coronavirus (COVID-19) at the Everett Memorial Stadium. FEMA announced it's pulling out of the city and moving its resources elsewhere.

About 2,500 people have been tested at the site over the past month. Of them, only about 5% tested positive, according to officials.

The plan never was to have the site stay in the city long-term, but rather to deal with the surge in cases.

"Initially, testing was very limited and our healthcare partners were overwhelmed with the number of patients over a short time," said the Snohomish Health District's Heather Thomas.

The good news is the number of people being tested at the facility has been cut in half, from about 200 a day to 100.

That's part of the reason FEMA is diverting its resources to another state. But there is another reason, as well.

"Part of the reason you're seeing the drive-thru testing site close the way it is right now is the lack of testing supplies we need to continue," said Thomas.

Nearly three months after the nation's first coronavirus case was discovered in Snohomish County, officials say there are still too few test kits.

"In order to ramp out of the mitigation phase that we have, one of the requirements is widespread testing," said Thomas. "There are 850,000 people in Snohomish County. We definitely need more kits."

What remains from the FEMA supply is now largely going to the county's long term care facilities where vulnerable seniors have been dying in droves.

Priority will be given to those facilities that already have a positive case. The move will allow everyone at those homes to be tested, not just those with symptoms.

"The idea is, how can we make sure people are getting preventative measures, proper treatment if needed, and making sure our hospitals can anticipate those cases moving forward," said Thomas.