The outbreak among Durham bus drivers and other employees was at its height in February 2021. One bus attendant died and dozens of others contracted COVID-19. 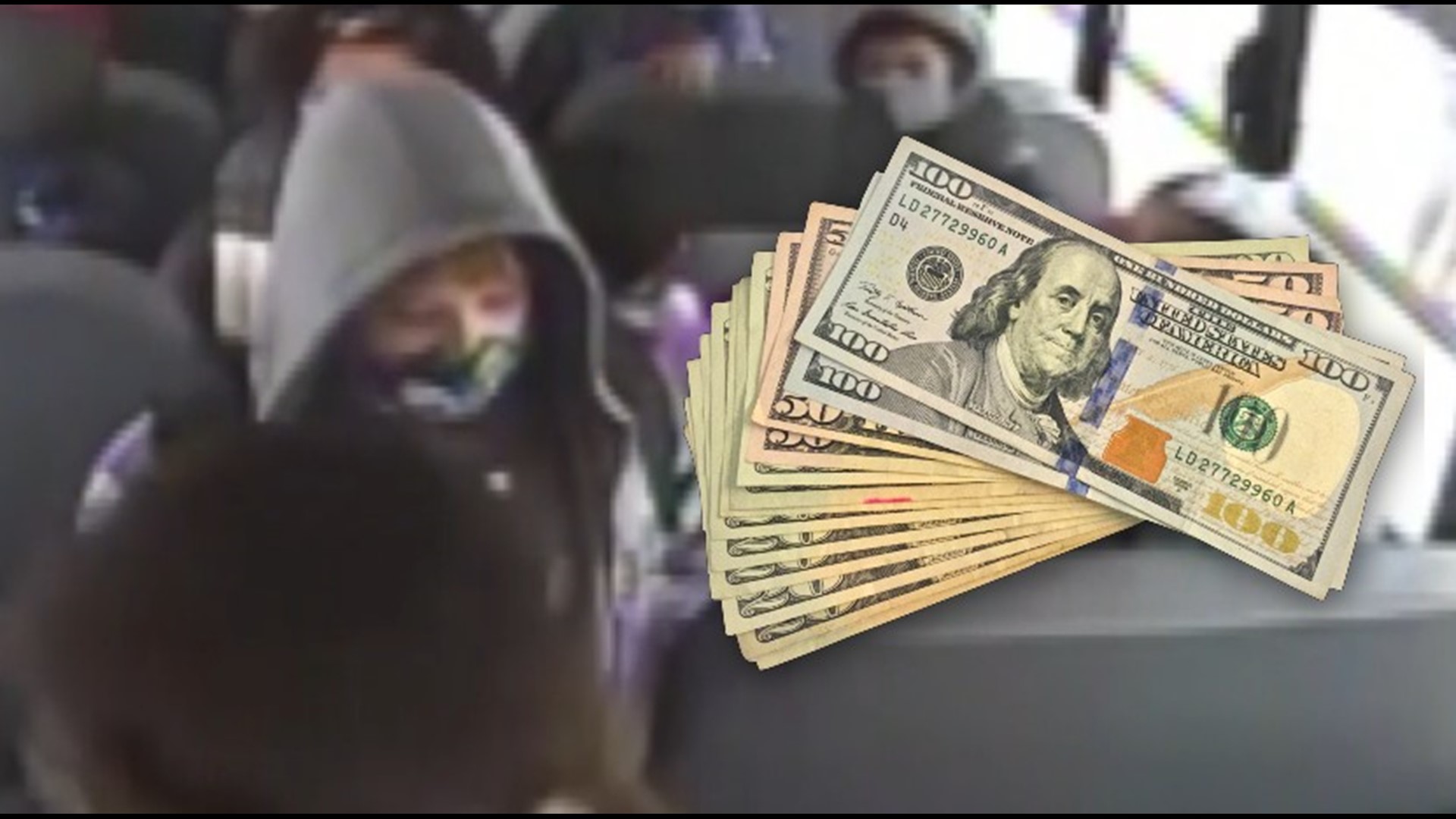 After months of investigating, The Washington Department of Labor and Industries (L&I) said Durham School Services "did not provide a workplace free from recognized hazards that are causing, or are likely to cause, serious injury or death."

The outbreak among Durham bus drivers and other employees was at its height in February 2021. During that period, the Spokane Regional Health District (SRHD) says one bus attendant died, more than 30 employees contracted COVID-19 and more than 60 employees were quarantined in less than one month.

The fine leveled by the L&I is listed as one for "serious" safety violations, according to the citation provided by the agency.

Since February of 2021, KREM 2 filed numerous public records requests to see what was happening on the Durham buses. The videos show full buses, drivers not always wearing masks and other covid safety violations. An L&I spokesperson said the team was unaware of the bus tapes before KREM's investigation. L&I launched two investigations into the COVID-19 outbreak: one related to the death of 62-year-old bus attendant Dave Simpson and another regarding employee complaints specific to possible COVID-19 safety issues.

Ed Flavin, a spokesperson for Durham, later confirmed that the company made a "management change at the facility to provide enhanced guidance for the team."

According to the citation, Durham "did not provide a workplace free from recognized hazards that are causing, or are likely to cause, serious injury or death." Durham also did not ensure six feet of distance between employees, and that employees were wearing face coverings or masks properly, the citation added.

Video of one bus route provided by Durham showed that the bus driver or attendant were not wearing masks, along with not wearing them correctly, the citation said.

Employee interviews also determined that staff did not maintain social distance or wear masks properly in the breakroom. Staff indicated that approximately 20 employees would gather in the break room before clocking in with masks below their noses and/or mouths, documents say. Employees were also gathering and sitting at tables without maintaining six feet of distance.

L&I also noted the lack of personal protective equipment, or PPE. The citation said "the employer did not ensure to provide PPE at no cost to employees if the PPE is the type that would reasonably or normally be worn away from the workplace." It showed two instances where employees asked for face shields or were required to wear face shields, but Durham did not provide them. It added that at least one employee had to buy their own PPE equipment and was not reimbursed.

The citation says Durham also failed to ensure that they reported deaths and inpatient hospitalizations to the Division of Occupational Safety and Health (DOSH) within eight hours.

State regulators determined that a COVID-19 death occurred on Feb. 27 and DOSH did not learn about it until March 4, according to the citation. DOSH also learned on March 5 that three Durham employees were hospitalized for COVID-19 issues in February.

Records released to KREM in March show SPS was left in the dark about the outbreak, with emails showing school employees begging for Durham to address the situation with them. SPS later acknowledged reports that safety protocols had not been followed, fining Durham for violations that "can no longer be overlooked."

Spokane Public Schools spokesperson Sandra Jarrard wrote in a statement to KREM on Friday that the district expressed "disappointment and concern to [Durham] company management" upon learning about non-compliance to COVID-19 protocols.

"The company responded with a range of corrective actions intended to ensure isolated incidents like these are avoided moving forward," Jarrard wrote.

Whether SPS continues to contract with Durham isn't certain.

"SPS is entering year 4 of a 5-year contract with Durham," she added. "We are now forming a workgroup to evaluate transportation options and develop a set of recommendations for next steps and the future of our transportation services."

Durham confirmed they are appealing the fine, a process that can take up to six months.

In a statement, Durham spokesperson Flavin wrote in part, "The case referenced happened last school year. Since that time, we have made significant management changes."

Flavin added that there is a new general manager and safety supervisor. Neither of the managers were available to comment.

But is a $7,000 fine to a large company that operates in more than 30 states adequate? Dave Simpson's family said no, and they are planning to sue Durham for his death. L&I said they calculate penalties by the rate of severity and probability that an injury or illness occurs. That includes the amount of exposure and the company's track record of health and safety.

Through our investigative reporting, @KREMMeganC and I exposed videos showing safety violations on buses.

L&I found out about the tapes from us and now fined Durham for their negligence.

I will be live in all @KREM2 shows with our latest report. ⬇️ https://t.co/q6fZxPYfBe