An order from Dr. Bob Lutz says the man "refused to cooperate with voluntary isolation instructions and presents a direct threat to the community." 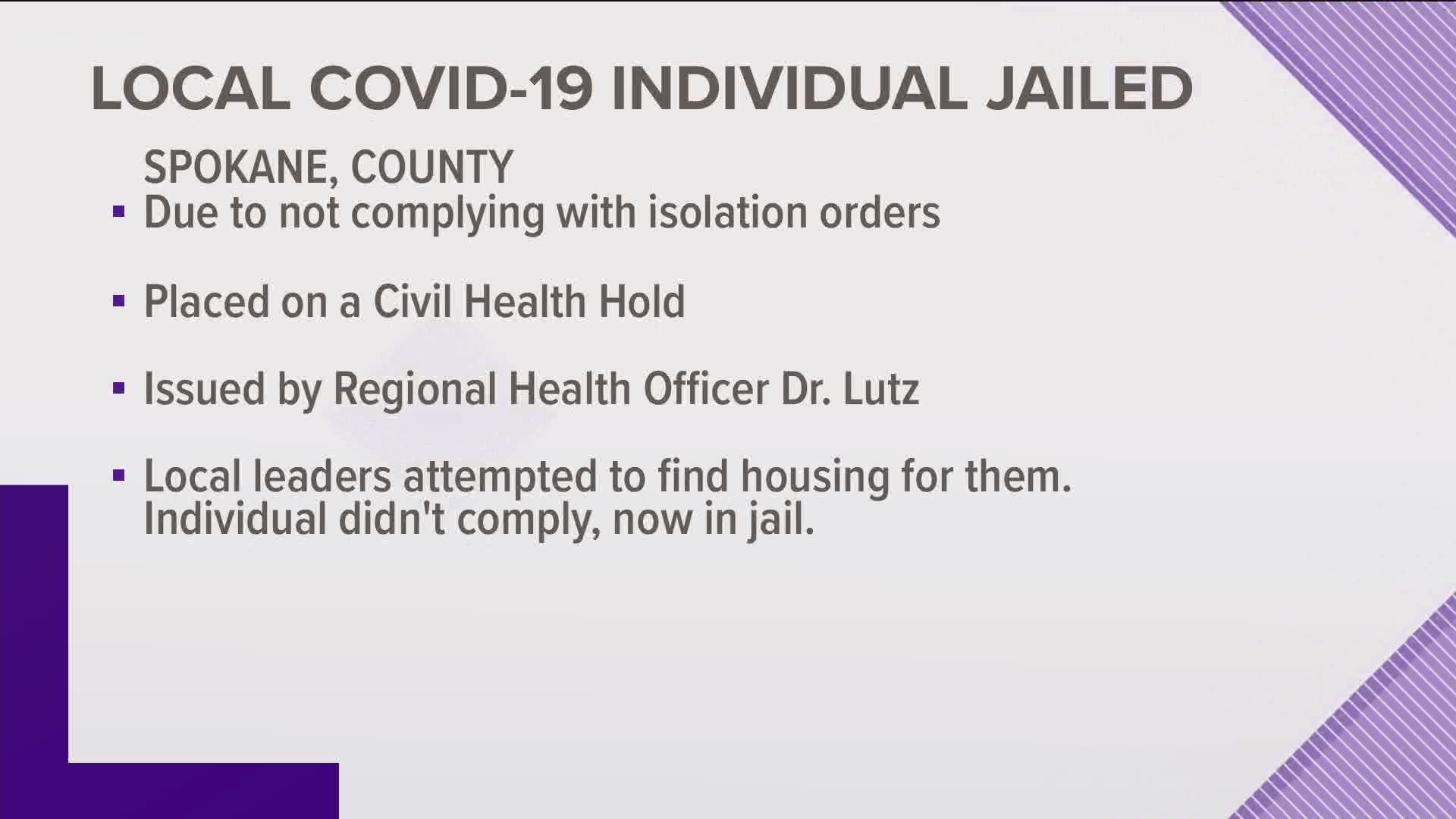 SPOKANE, Wash. — Spokane County's health officer ordered that a man with coronavirus be sent to jail after he refused to self-isolate.

According to the order issued by Lutz, the man "refused to cooperate with voluntary isolation instructions and presents a direct threat to the community." The order is vaild from July 1, 2020 to July 11, 2020.

If the need arises for a longer forced quarantine, Lutz will need to petition for the courts for an order to be sent to the jail, according to Webley.

The Spokane County Board of Commissioners and jail director Mike Sparber are distressed about this "forced action," and shared that sentiment with Lutz and hospital leadership where the man was previously held, Webley said.

Lutz and Sparber tried to find different options for housing the man, including corrections officers as guards at the hospital or sending him to a more appropriate isolation facility.

Their efforts were not successful, Webley said, and they determined that the man would be housed under the medical care of the jail to protect the community.

The Spokane Regional Health District and Detention Services will continue to work on finding a more appropriate facility for this individual, according to Webley.

Lutz issued a similar order at the end of May, when a COVID-19-positive man who was arrested for two DUIs in five days refused to self-isolate.

The suspect, Mordecai Cochrane,  eventually turned himself in to the health district. Police had initially tried to find him after Lutz issued an “Emergency Involuntary Detention Order for Purposes of Isolation," but they were unsuccessful.