Multiple Coeur d'Alene school bus drivers out due to COVID-19

Earlier this week, about 10 percent of the district's drivers were out due to COVID-19, according to Jeff Voeller, the district's operations director. 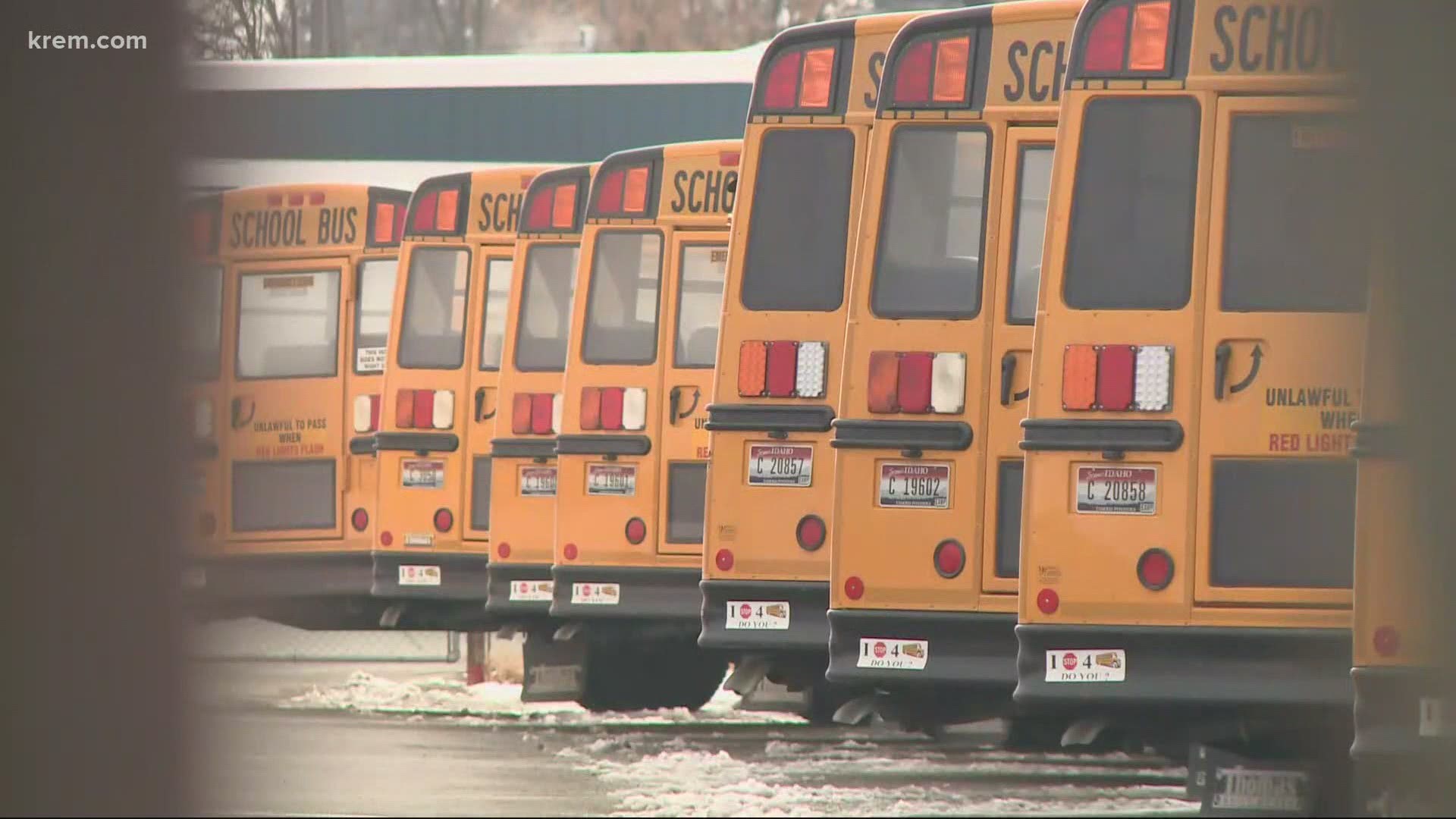 COEUR D'ALENE, Idaho — As coronavirus cases continue to surge in North Idaho, the Coeur d'Alene School District said it has had to bring in backup school bus drivers to fill in for drivers who tested positive for coronavirus or who are in quarantine.

Earlier this week, about 10 percent of the district's drivers were out due to COVID-19, according to Jeff Voeller, the district's operations director.

Voeller noted that while there have been "a few" positive cases associated with school bus drivers, others have been in quarantine due to exposure from family members or community spread.

"Not all of that has been exposure at the bus barn," he explained. "But from a family member or someone in the community they've also come into contact with."

Due to the temporary staffing shortages, Voeller said he's called upon district mechanics and an office secretary to drive some students to school.

"When I'm pulling them into that duty, that means we're getting pretty thin on our drivers available," he explained.

While some of the bus drivers have returned to work, Voeller said the district would potentially be forced to consolidate some bus routes if drivers continued to remain in quarantine.

"We're a little better today than we were a couple of days ago, but we're still kind of on that margin where any day this could change on us and make things really difficult," he said. "We'll do everything we can to try to get kids to school."

Voeller added that Coeur d'Alene Schools is working to recruit new drivers to help fill the district's need. As of Wednesday, four drivers had expressed an interest in working with the district. Those people still need to be trained, though, Voeller explained.

"Any extra drivers that we could find right now would really, really help the situation that we're in," he said.

Voeller also asked that parents talk with their children about protocols the district has put into place to slow the spread of coronavirus including the use of face coverings and social distancing.

"Please understand that these are difficult times for everybody," said Voeller.