Health officials are looking to expand testing in an outdoor capacity as a testing site in Coeur d'Alene has been overrun with people. 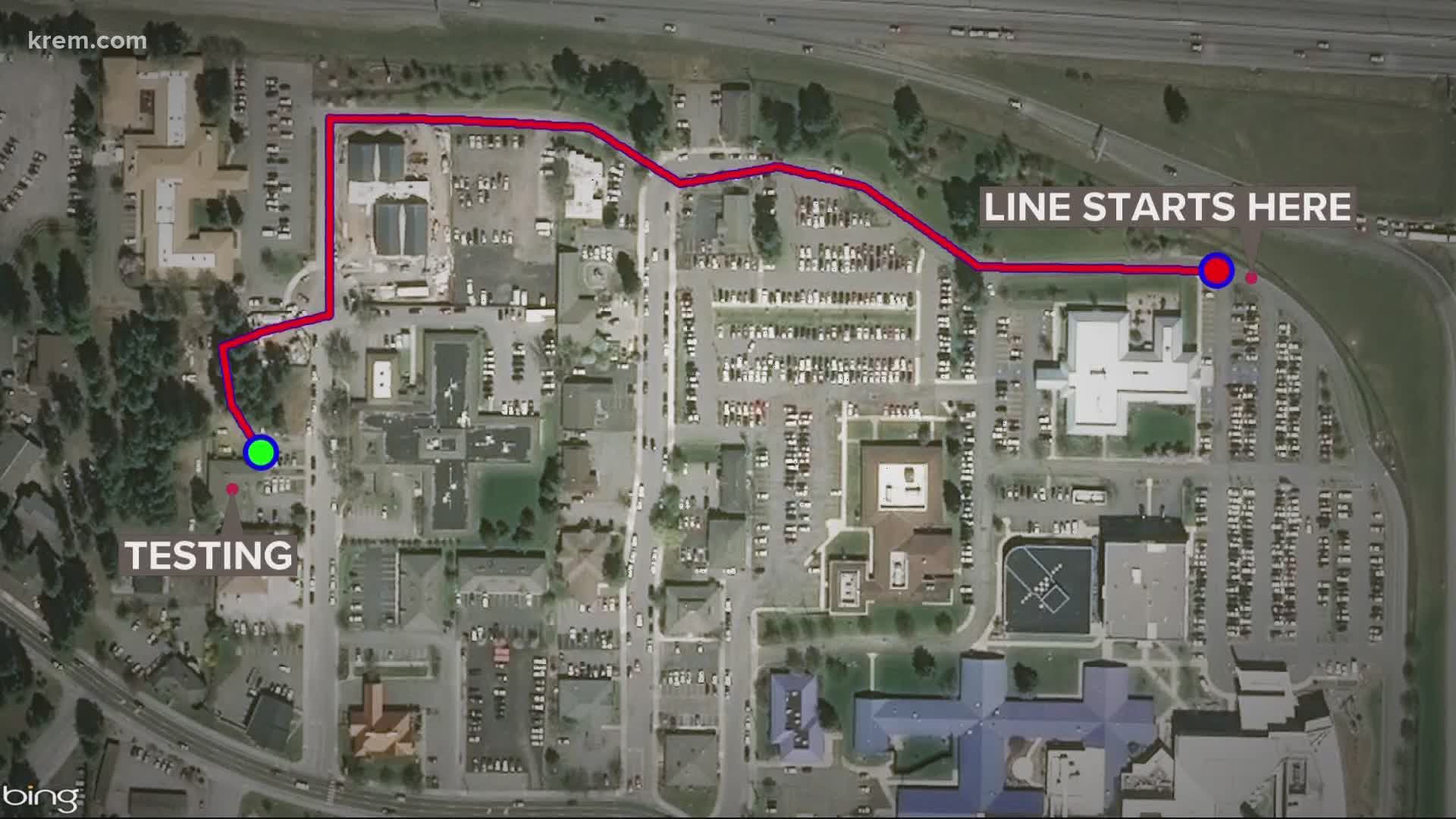 COEUR D'ALENE, Idaho — A coronavirus testing site in Coeur d'Alene is seeing wait times of up to four hours as health officials look into options for expanding testing in Kootenai County.

Health officials also said they're adding staff to try to speed up the process. They are also looking at possibly extending hours, which would require more staffing.

"We are doing all we can to ramp up staffing, but of course you need qualified people to take those test samples," said Kim Anderson with Kootenai Health.

Katherine Hoyer, a spokesperon for Panhandle Health District, said health officials are looking into expanding testing in the county, which would preferably involve an outdoor site that wouldn't interfere with traffic.

"We also know that Kootenai Health's testing site has been overrun with people wanting to be tested. We believe recently there's been two or three hour waiting periods in the line at that testing site, so we're also looking at additional testing locations that we can set up in our area," Hoyer said.

Anderson said the long lines are likely due to an increase of people that had contact with a person infected with coronavirus.

"The reason for the extreme lines that we're experiencing is, we've seen a significant uptick in the number of people who had contact with someone who had COVID-19," Anderson said.

"We were averaging about 215 tests each day last week, and just yesterday, we saw over 431 people come through for testing," Nagel said.

Multiple people reached out to KREM on Tuesday about a line at the testing site, reporting waiting for hours and traffic backed up as far as to Highway 95.

Health officials are asking people who think they were exposed to isolate at home until they can bring in more resources.

To get a test, people need to be referred by their physician or call the Coronavirus Informational Hotline at 977-415-5225 to get an order for a test.

RELATED: 'It's been an explosion of cases': Bar-hopping in North Idaho could be contributing to COVID-19 spike