Landra Bell Brown spent 60 days in the hospital. For 20 of those days, she was in a coma in the ICU. 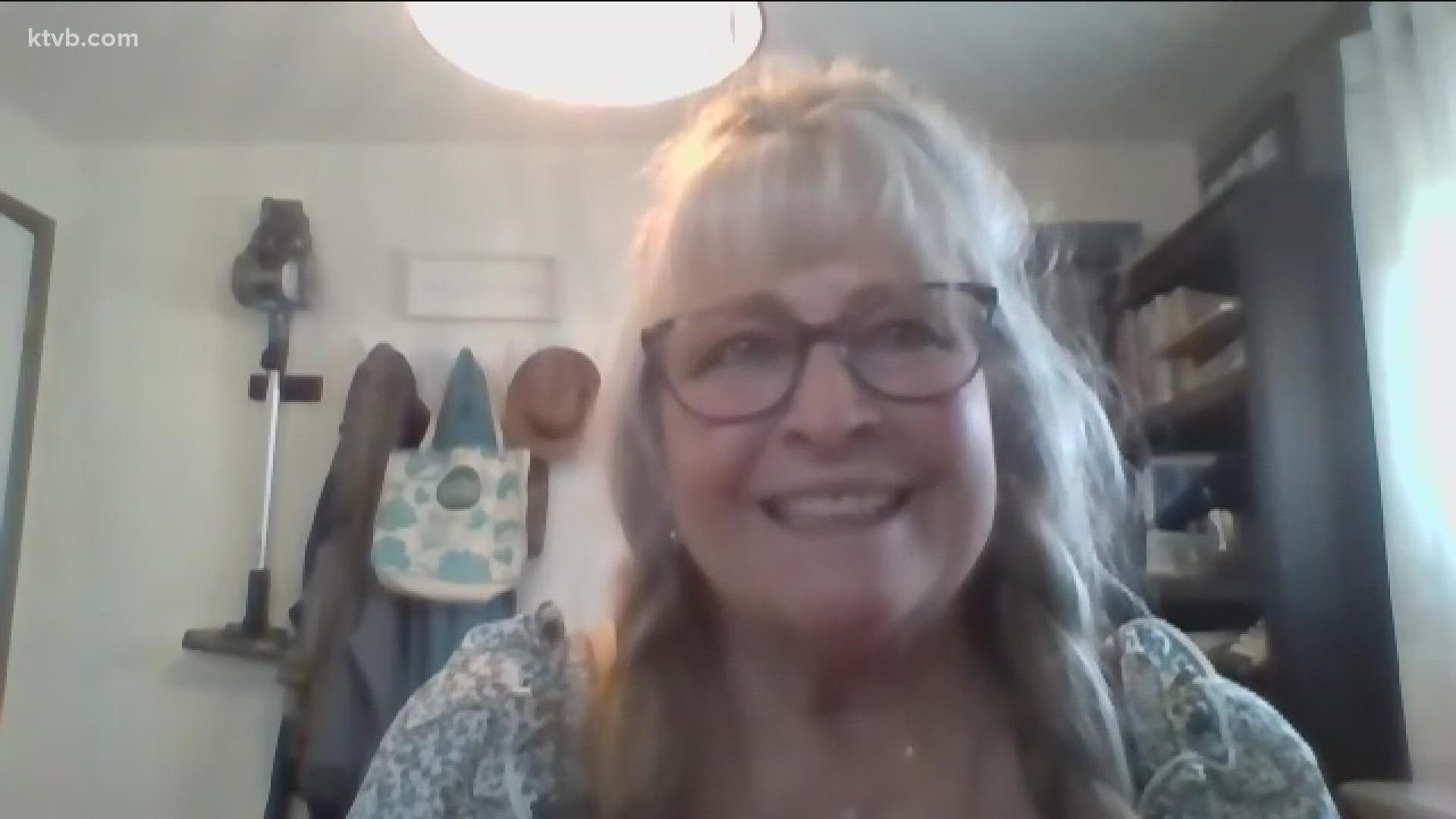 BOISE, Idaho — Landra Bell Brown still can't bring herself to look at photos that show her lying in a hospital bed, in a coma.

The Boise woman was in the hospital for 60 days, after she contracted COVID-19. She spent 20 of those day in a coma in the ICU.

Brown says doctors told her family she had a one percent chance of survival.

“They were telling me I was the one percent of the one percent because my heart was 20%, my kidneys were failing, my liver, everything was looking pretty grim and it was a miracle. Miracles happen every day, but you just have to believe,” Brown said.

She also had double pneumonia.

Brown told KTVB she got the coronavirus while she was visiting Texas. She said her friend, who is a doctor, thought they had come down with the flu, but it turned out to be COVID-19.

Her friend was vaccinated. Landra was not.

“I was one of those people that just thought I didn't need it, I was healthy, I had no underlying conditions,” Brown said. “And the people around me that were getting sick, it just seemed like it was a bad flu.”

Brown was in the hospital for less than a week, when things took a turn for the worse. One day, she says, the nurse told her, she's being moved to the ICU to be intubated.

“Just that word made me absolutely terrified,” Brown said.

She doesn't remember anything after that, until she woke up.

“When I woke up, I couldn't even walk… I was in disbelief, it was overwhelming that I had not any strength or endurance,” Brown said. “I really feel that without everyone's prayers and my faith I don't think I’d be here right now.”

She's now extremely grateful to the doctors who cared for.

“I just feel that it was in God’s plan that I’m here,” Brown said.

However, her recovery isn’t over.

After Brown left St. Luke's, she was taken to a rehab center at Vibra Hospital. Depending on how active she is, she still needs supplemental oxygen, and her eyesight hasn't fully returned to normal, so now she wears glasses. She said she also still has to go to a recovery program for her lungs in November, and has rehab ahead of her.