Bloomsday 2020 kicked off its weeklong virtual race on Friday

On Saturday, participants took to the sidewalks, started on Riverside Avenue, toughed out Doomsday Hill and finished around the Monroe Street Bridge. 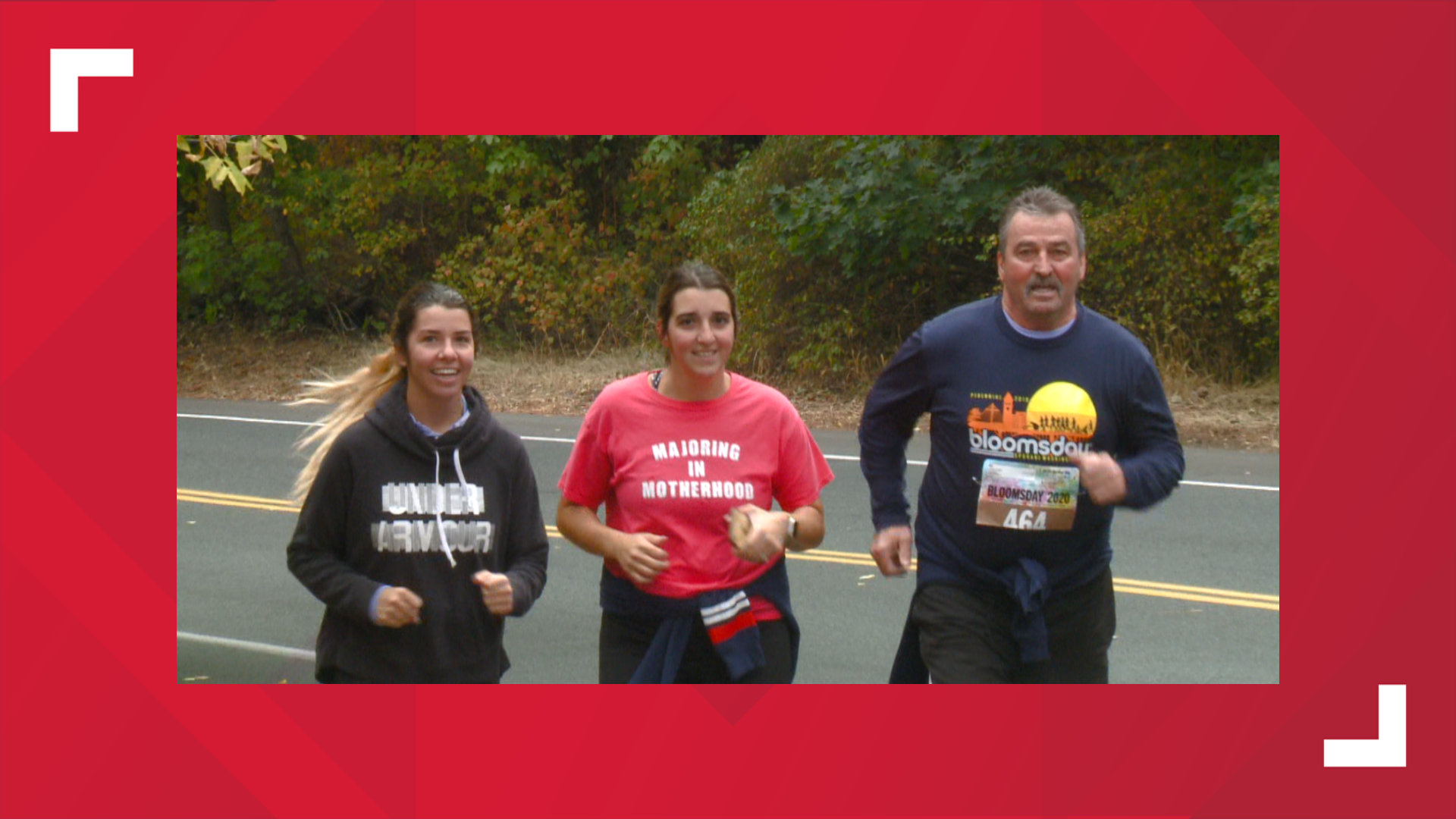 SPOKANE, Wash. — Bloomsday 2020 has officially begun, and this year racers have a full week to complete the course.

Those who haven't signed up already are also in luck.

Although the race won't be held in person this year, Bloomsday diehards can still participate on their own to earn their finisher t-shirts.

Earlier this week, Bloomsday officials announced participants would have from Sept. 18 through Sept. 27 to complete Virtual Bloomsday.

“This is an encore registration,” Bloomsday Race Director Jon Neill said in a press release. “We have received a number of messages and inquiries from Bloomsday fans asking to participate in Virtual Bloomsday because they missed our original deadline. Our hope is to make this year’s race widely available to everyone who wants to participate and also earn the super-secret finisher shirt.”

Everyone who registered for the race before it went virtual is now signed up for Virtual Bloomsday as well, according to a release from the event. Participants can also choose to defer their registration to 2021.

Virtual Bloomsday will work as follows:

"After months of holding out hope that we would be able to hold an in-person Bloomsday on September 20, COVID-19 has clearly not abated to the point where that will be possible," a release from the event reads.

"We needed to be in phase four to be able to make an event of the magnitude of Bloomsday happen," Neill said. He stopped short of saying the event is canceled, instead taking on a new format. "We're not using the phrase canceled because we're very much looking forward to everyone participating in our virtual Bloomsday edition," he added.

Officials first announced the addition of a virtual race in early July as an alternative to Bloomsday's in-person event for those that didn't feel comfortable attending. However, the organization did say all registrations would be converted to Bloomsday's virtual race if coronavirus cases continued to rise.

"We're making sure that we safeguarded the health and wellbeing of our participants, our volunteers, and then the Spokane Community as a whole," Neill said.