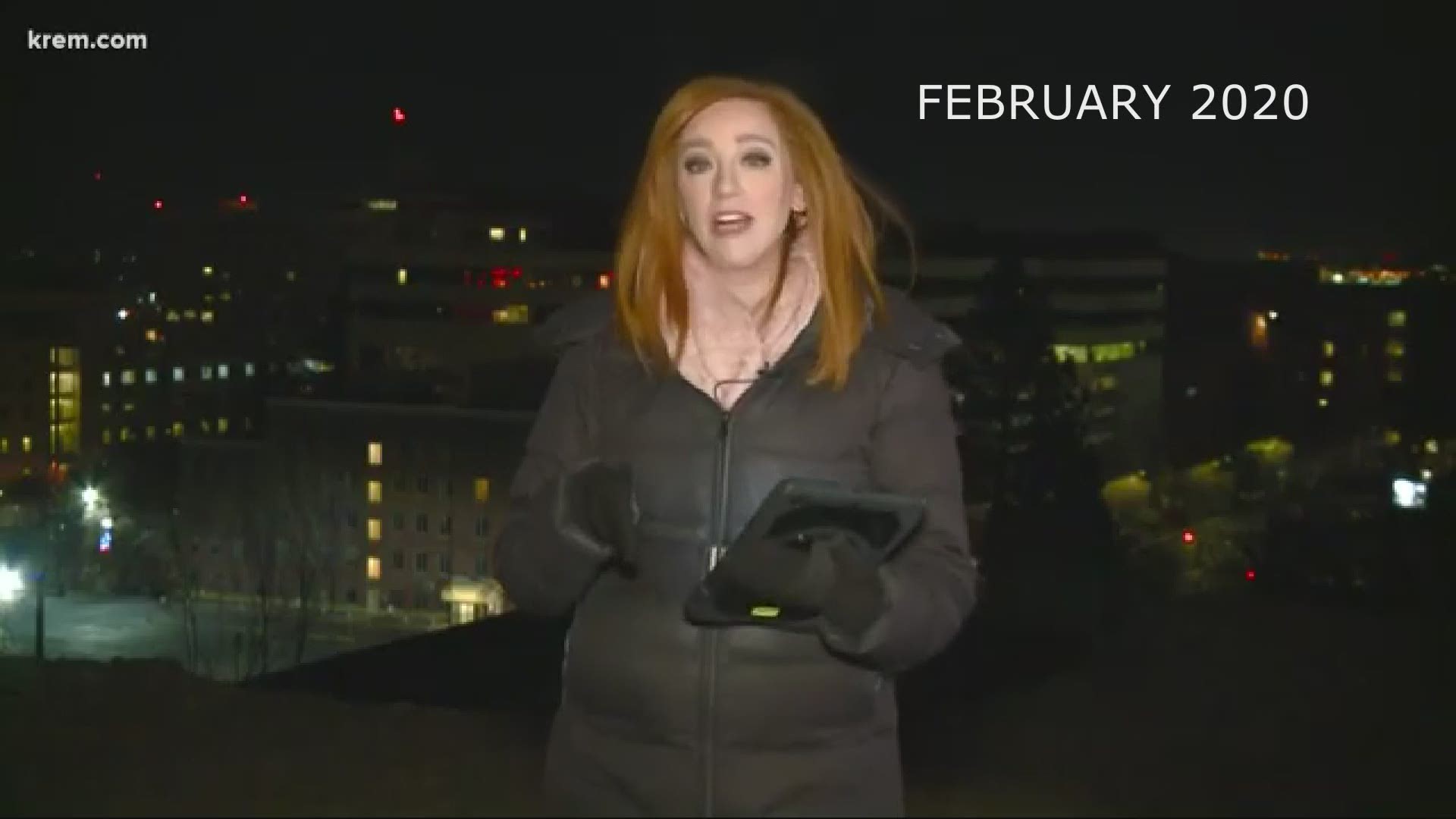 SPOKANE, Wash. — It has been one year since four patients who tested positive for coronavirus received treatment at Providence Sacred Heart Medical Center in Spokane.

The patients' arrival marked the first people diagnosed with COVID-19 who received treatment in Spokane County. The Associated Press later reported that the four patients were among 11 passengers from a quarantined Diamond Princess cruise ship who were brought to the United States.

SPOKANE, Wash. — Police have arrested a suspect in connection with the vandalism of a Jewish temple in Spokane, Spokane Police Sgt. Terry Preuninger confirmed on Thursday.

According to a press release from Spokane police Spokesperson Julie Humphreys, 44-year-old Raymond Bryant was arrested Thursday morning in connection to the vandalism at Temple Beth Shalom on the morning of Feb. 8.

SPOKANE COUNTY, Wash. — Bars and restaurants in the Spokane-area are gearing up for their first full weekend of being able to bring customers back inside their establishments.

Under Phase 2 of Washington’s 'Healthy Washington: Roadmap to Recovery Plan', businesses can resume indoor dining at 25 percent capacity. Several viewers have reached out to the KREM 2 Verify Team to ask if karaoke is allowed during Phase 2.