Common drugs and their side effects

Methamphetamine is an extremely addictive stimulant. Spokane Regional Health District reports show that meth is the leading cause of drug overdoses in Spokane County. 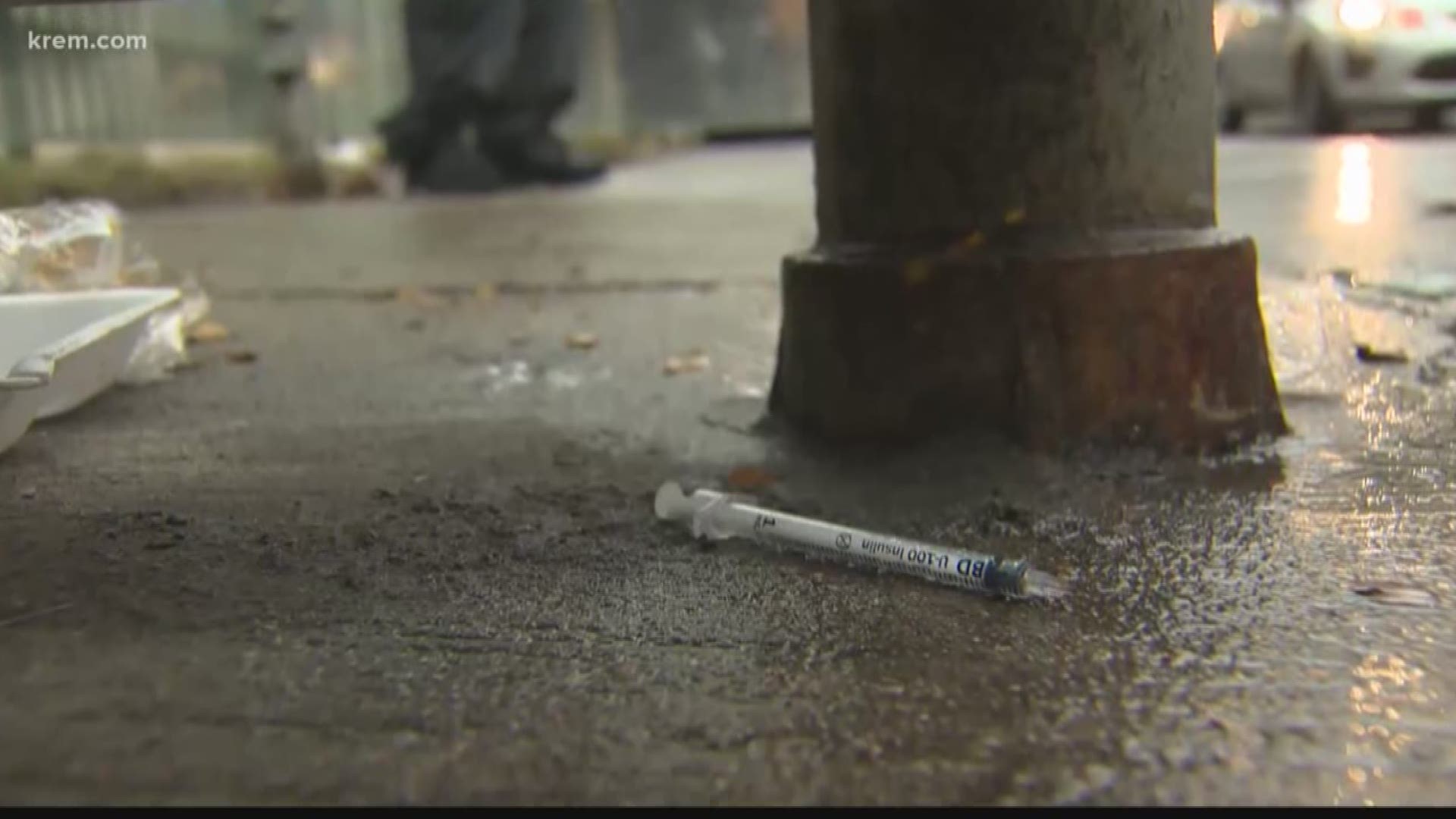 SPOKANE, Wash. — An unknown drug circulating Spokane is expected to be the cause behind a least one death and multiple police phone calls on Tuesday, according to the Spokane Police Department.

Officials said the people taking the drug are acting strange and erratically due to hallucinations.

Street drugs are dangerous because there is no way to know how strong they are, what may be in them, or what adverse health effects they will create.

Although officials do not know what the drugs are or if the incidences are related, according to the National Institute on Drug Abuse, the observed behavior is consistent with a stimulant.

A person on a stimulant may exhibit frequent behavior changes, aggression, or rapid or rambling speech. Individuals affected by the drug hallucinate, act in an unpredictable and sometimes violent manner. They may even display dilated pupils, increased energy, and a fast breathing rate.

An emerging family of drugs containing one or more synthetic chemicals related to cathinone, more commonly known as "bath salts" have been making headlines recently.

Cathinone is a stimulant found naturally in the khat plant. It is a shrub grown in East Africa and southern Arabia, where some people chew its leaves for their mild stimulant effects.

The human-made versions are known as Flakka, it can be a combination of heroin and crack. Flakka is much stronger than the natural product, and in some cases, very dangerous. It's a white or brown crystaline powder sold in small plastic or foil packages labeled, "not for human consumption" and sometimes sold as jewelry cleaner in a tablet, capsule or liquid form.

Hospitals and police have seen patients with signs and symptoms that include bizarre behavior, agitation, paranoia, and delusions of superhuman strength.