Study reveals extent of confusion regarding cannabis and pregnancy

Researchers at WSU Spokane interviewed pregnant women, who told them they had found little information and mixed messages on its effects. 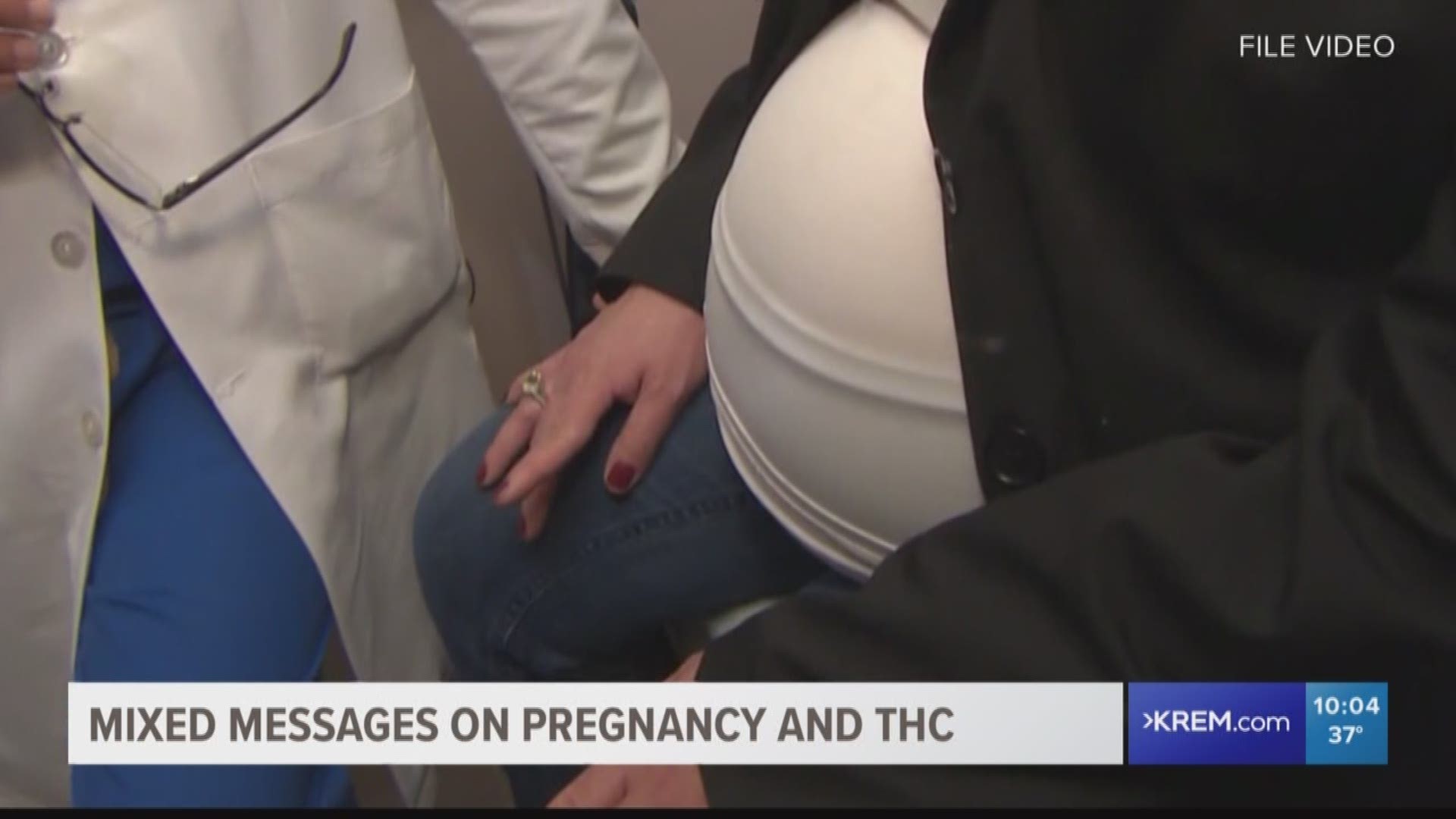 SPOKANE, Wash. — Years after marijuana was legalized in Washington, pregnant mothers still face serious confusion about the effects using the drug might have on their child.

In a recently published study, researchers at WSU Spokane interviewed 19 pregnant mothers who say they use cannabis daily in order to manage conditions like chronic pain. What they found was a discouraging trend of mixed messages and a lack of pertinent research.

"We see nationwide that more pregnant women are reporting cannabis use during pregnancy," said lead researcher Celestina Barbosa-Leiker, an assistant professor at the school's College of Nursing. "We wanted to start at the very beginning and hear from the women themselves to try and understand why they were using, and if they had any concerns or if they thought there would just be benefits of using."

One of the main questions the women faced: the consequences of using cannabis products as compared to painkillers, such as opioids.

"Some of our participants reported that they were using opioids throughout the day for chronic pain, or they were taking eight to 10 ibuprofen every day, and they knew that that was bad for the baby," Barbosa-Leiker said. "They were trying to see if possibly using cannabis was a better alternative."

But in those attempts, they ran into the same problem Barbosa-Leiker and her team did while conducting their study: research on cannabis and pregnancy is lacking.

Federal guidelines say pregnant or breastfeeding women should not use cannabis.

But there are limitations on the research that does exist. First, Barbosa-Leiker says there's no literature comparing cannabis's effects on pregnancy to other drugs.

Second, most research on cannabis and pregnancy focuses only on shorter-term impacts to the baby, not the consequences the child could face in the long-term.

Third, a lot of the more in-depth studies that have been done are simply out of date.

"That research was done twenty, thirty years ago. THC is different. Products are different," said Barbosa-Leiker. "We really don't have a whole lot of research to understand current consequences. We can only assume that the consequences would be greater because THC is so much higher in products now, but we really don't know."

The bulk of the team's work was dedicated to finding out how their participants navigated the confusion they faced.

"The participants did talk about how they felt very frustrated with the lack of research out there," said Barbosa-Leiker.

The women reported getting conflicting information from Google searches, from academic studies, from their friends and even from their doctors.

"They were getting a lot of mixed messages from health care providers. Some health care providers were saying this is as dangerous as cocaine, you need to stop immediately," Barbosa-Leiker said. "Then they'd go see another provider, and another provider would say it's legal here, there's no research — they weren't aware of any research — and so go ahead and use, there's no problem."

Some of the participants even reported being stigmatized after telling their provider about their drug use.

In essence, the study found that there's a serious demand for more marijuana research, and a serious lack of supply.

Barbosa-Leiker said that's in part because of federal regulations.

"The research community is really wanting to do this," she said. "Right now, it's difficult because marijuana is federally illegal."

She says that means what little clinical work could be done would be so regulated that the cannabis used in the studies would be a fraction of the THC strength that is found in stores now.

The researchers hope this new work, and the women's stories, will help create pressure to more vigorously pursue answers.

RELATED: We had CBD products tested in a lab. Here’s what we found