Behind the parasite outbreak affecting salads and wraps

Fresh produce is the culprit in many cases of cyclospora infection. 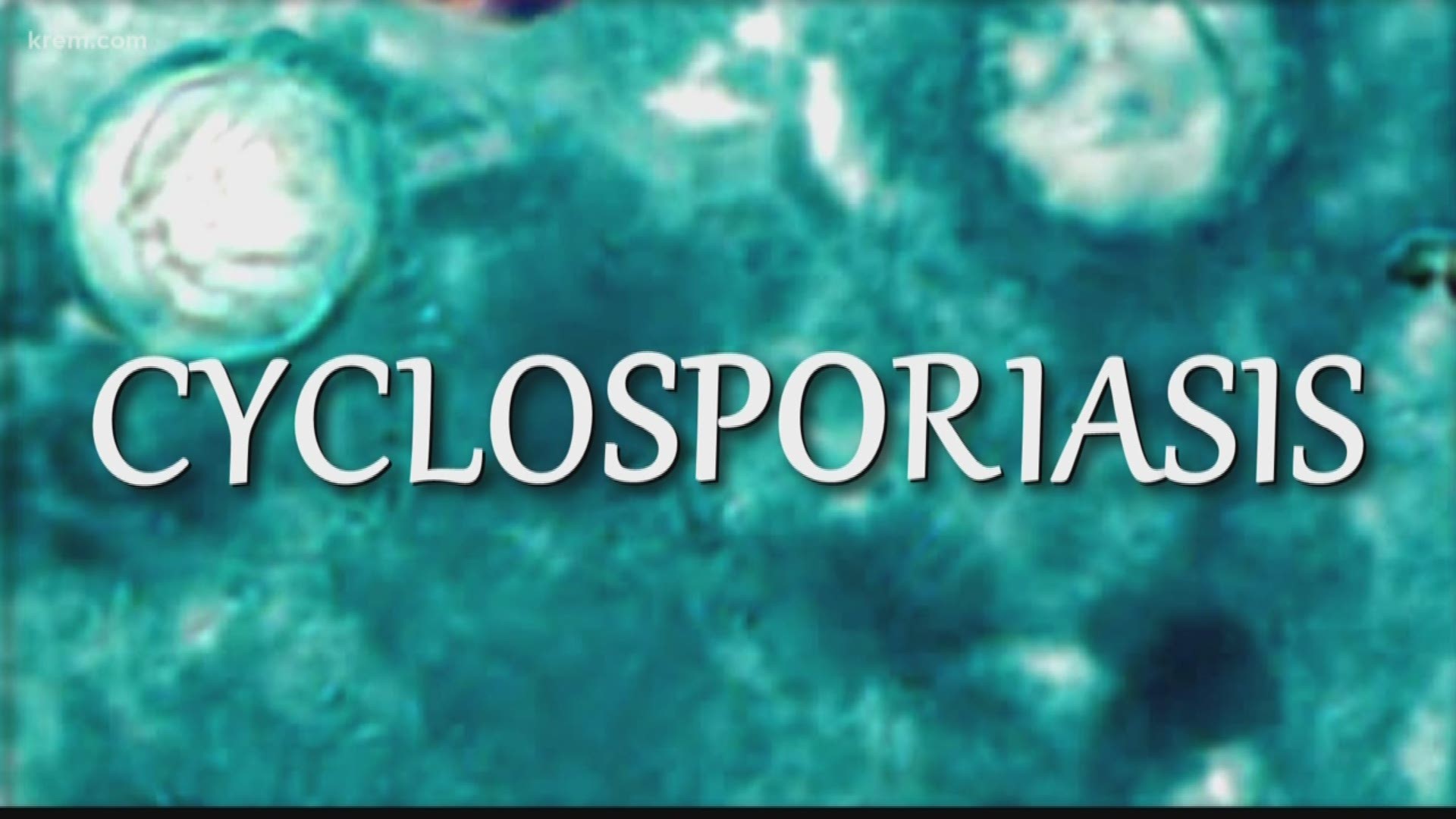 Foodborne outbreaks are making a lot of headlines this this year.

Health officials said the bacterial infection E. coli that was linked to romaine lettuce this past spring was the deadliest E. coli outbreak in decades.

The Department of Agriculture issued a nationwide recall for various salads and wraps sold at Trader Joe's, Kroger/Fred Meyer, Walgreen's and other stores. A spokesperson from Fred Meyer in Spokane clarified the store has not been affected by the outbreak. The products were recalled because they may contain lettuce that was recalled for possible contamination with an intestinal parasite.

The salad outbreaks were traced to cyclosporiasis, the illness caused by the parasite cyclospora.

According to the Mayo Clinic, parasite infections in the U.S are more common than many people may think, even though they are often associated with international travel.

Cyclosporiasis have symptoms that are similar to bacterial ones, but the treatments are different, so it's important to know how to protect yourself.

The one-celled microscopic parasite that causes the cyclospora infection can enter your body when you ingest food or water contaminated with infected feces.

Fresh produce is the culprit in many cases of cyclospora infection.

However, unlike some other food borne illnesses, cyclospora doesn't become infectious until days or weeks after it's passed in a bowel movement; therefore, it's unlikely that you can get the infection directly from a person infected with cyclospora, such as a restaurant worker who doesn't wash his or her hands adequately after using the restroom.

The disease is spread only through human waste, unlike E. coli and salmonella, which can come from human or animal fecal matter.

Cyclospora is highly contagious, but rarely deadly. According to the CDC, some people infected with the microscopic parasite that causes cyclospora infection develop no signs or symptoms. For others, the most common symptoms are frequent and watery bowel movements, as well as appetite loss, stomach cramps, nausea and vomiting and fatigue.

A specialized stool test is needed to accurately diagnose the parasite because diarrhea can be caused by many things. Patients can then be treated with antibiotics.

Bacterial infections like E. coli and salmonella begin 12 to 72 hours after a person is infected and usually pass in a matter of three to five days. However, cyclospora has a longer incubation period than most illnesses caused by foodborne bacteria, meaning it often takes two to 14 days for symptoms to appear. Symptoms can then last from a few days to a few months, and patients might feel better, but then get worse again.

The Department of Agriculture recommends you to contact a health care provider if you are concerned about the illness or if you've eaten a food that's been recalled.

Washing fresh fruits and vegetables at home may help to remove some of the organism but the only real solution is for public health officials to spot quickly and get it off shelves.