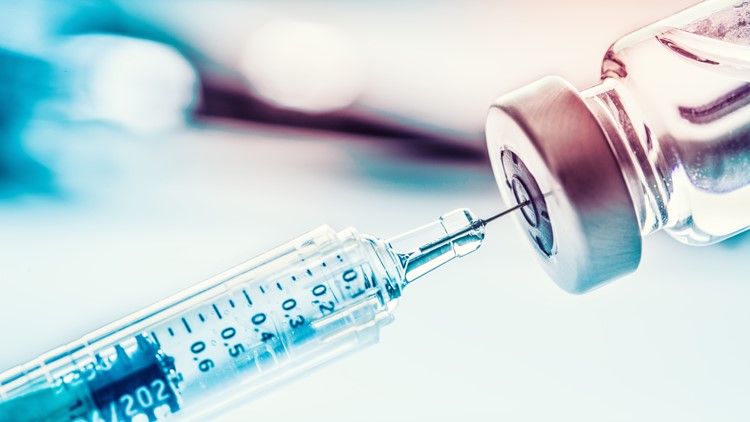 Photo by: Getty Images/iStockphoto
Close-up medical syringe with a vaccine.

A chlamydia vaccine could prevent the sexually transmitted infection

TAMPA, Fla. — A vaccine could one day prevent one of the most common sexually transmitted infections: chlamydia.

The drug was developed by British and Danish researchers, who hope it will stop chlamydia bacteria from getting into the body's cells.

The trial was done between 2016 and 2017, and 35 women took part. According to an online medical journal, there were no serious side effects -- just "mild local injection-site reactions."

BBC News says more trials are needed to determine how well it works and what doses are best. The news outlet says those tests could take years, meaning the best way to avoid chlamydia in the meantime is by using a condom.

In the United States, the CDC says 1.7 million people had chlamydia infections in 2017. Florida accounted for more than 100,000 of the cases.

Most people with chlamydia have no symptoms. Women who do see symptoms may notice unexpected discharges and burning sensations when peeing. Men may have both those problems too, along with pain or swelling in their private areas.

If you fear you may have an STI, you should see a doctor. A lab test can be used to diagnose chlamydia.

What other people are reading: