'He was such a sweet, good person': Washington State honors Tyler Hilinski at home opener

In the minutes before kickoff on Saturday, the WSU football team took a knee as the university raised the Cougar flag in honor of their once teammate, Tyler Hilinski. 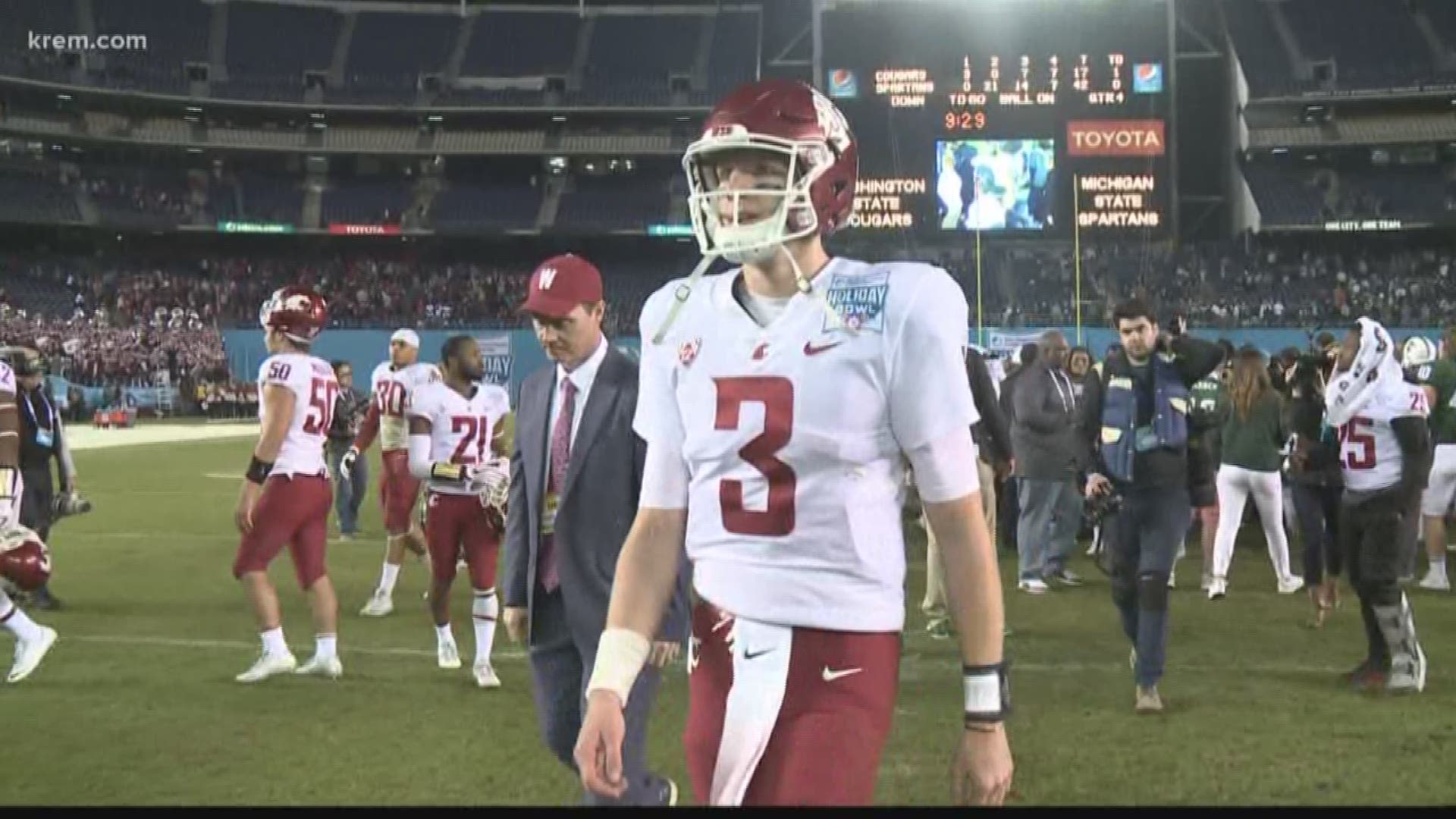 For a moment on Saturday, Washington State's home opener against San Jose State was about more than just football.

For a moment, it was about honoring a life that left the Cougar family too soon.

In the minutes before kickoff inside Martin Stadium, the WSU football team took a knee inside the end zone as the university raised the Cougar flag in honor of their once teammate, Tyler Hilinski.

About 30 members of the Hilinski family gathered around as the flag was raised. Tyler's mother, Kym, cried as the crowd cheered and she raised three fingers in the air in honor of her son.

A large group of WSU players went straight to the end zone on the side of the field where the Hilinski family raised the flag and took a knee pregame. pic.twitter.com/IXTz8zsFUP

All over the Martin Stadium were reminders of what Tyler meant to Cougar Nation. His No. 3 waved on flags across the stadium. It was printed on towels that hung around players' necks and was stuck to the sides of the Cougars' helmets.

Painted in the center of the field was a blue and purple ribbon, representing Kym's biggest reason for being back on the WSU football field Saturday night -- suicide prevention and awareness.

It's been nearly eight months since Tyler took his own life. He was only 21 years old and was in line to lead the Air Raid offense at quarterback at the start of the 2018-2019 season.

Ever since then, Tyler's family has been on a mission to raise awareness about mental health. They started a foundation in Tyler's memory called Hilinski's Hope, which aims to destigmatize mental health. The foundation also raises money that goes towards providing athletic programs with the tools they need to recognize and address mental illness.

"There's a need for our student athletes and their mental health -- got to take care of that," Kym said before the game.

The foundation has helped to bring in two mental health professionals to the Washington State athletic program. Beginning Sunday, those professionals will train student athletes on how to talk to each other and how to recognize signs of mental illness.

"If it can happen to Tyler, it can happen to anybody," Kym said. "What I really want everybody to know is to just keep talking, keep sharing your stories, keep listening and reach out to others as often as you can."

Kym said the foundation has grown since starting it earlier this year. She said the main reason it has done so well is because of the mark her son left on WSU and on college athletics as a whole.

People can connect with a support system anonymously by calling the National Suicide Prevention Lifeline at 1-800-273-8255, chat, or text “HEAL” to 741741 to text with a trained crisis counselor.

More information on suicide prevention in Washington and the state’s Suicide Prevention Plan is online.