He died with no family. His fellow veterans made sure he wasn't buried that way

James Wesley Mount lived in his final years in a Texas nursing home, believing he didn't have any family. 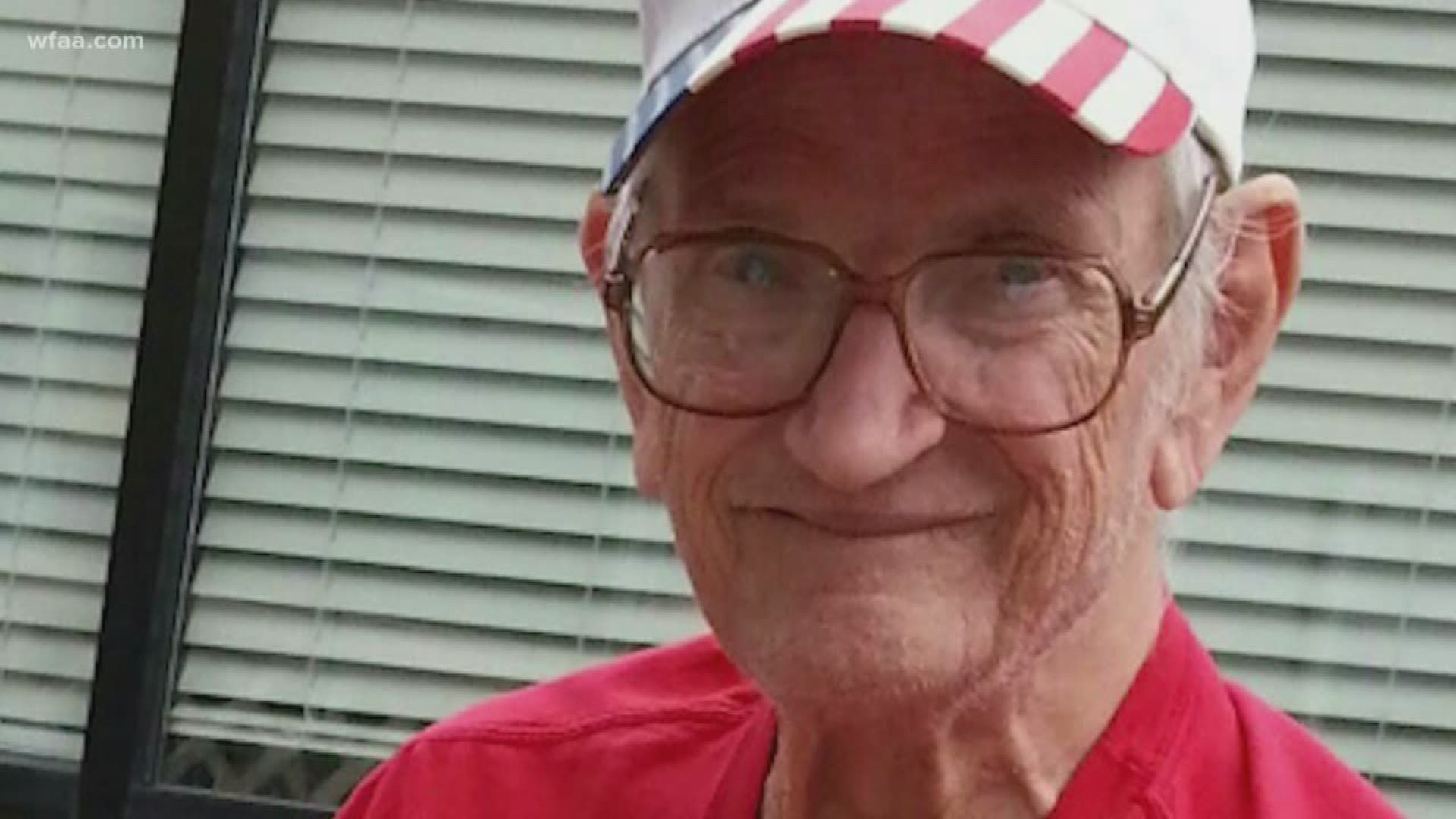 DALLAS — Fellow veterans worried that a Denton County Vietnam-era veteran who died with no apparent next of kin might quietly fade away without the final honor due for someone who chose to serve their country. Thursday morning, James Wesley Mount had several dozen “family” standing for his final salute.

When James Wesley Mount died at the age of 78 in a Plano hospital, after living for several years in a Carrollton nursing home, hospital administrators couldn’t locate any next of kin. And when they reached out to the Vietnam Veterans of America Chapter 920 in Denton County, the veterans vowed to give him a funeral befitting a man who served in the Army even if they had to be his stand-in family.

After the story of their efforts first aired on WFAA this past Monday, more than 60 people, including a second cousin, arrived at DFW National Cemetery Thursday morning to watch his flag-draped casket carried the last mile to his funeral on a military caisson pulled by a 1953 Army Jeep.

RELATED: Vietnam-era veteran with no next of kin to receive burial with full military honors

A 21-gun salute echoed across the cemetery. A bugler played Taps.

"We're here today to honor James Wesley Mount,” said VVA #920 chaplain Tom Silva. "Every life is precious to our Lord and James is no exception."

The crowd included former college classmates, former neighbors, and fellow residents of the nursing home where he lived out his final years. And, after seeing his picture and recognizing his name on television, Marsha Burleson, a distant second cousin, arrived at the cemetery, too.

"Well, thank you so much for everything,” she said as she greeted as many members of the Denton VVA chapter as she could. "Thank you, God bless you. You're all heroes, every one of you."

"And it just touched my heart that someone left the world without knowing that he had a family,” Burleson said.

"I wanted to be here just to honor James and to honor these wonderful veterans that have gone to so much trouble for someone they didn't know," Burleson said.

"He just said he didn't have any family that he could find,” said Cherrylin Langley, a fellow resident of the Brookhaven Rehab and Nursing Center in Carrollton. She was among several residents from the nursing home who attended the funeral.

Langley says Mount was a bit of a loner, but that he loved to talk about history, loved playing Bingo, and was always a trusted friend.

"He called us his home and his family, and so I wanted to be here as part of his family,” Langley said.

Sarita Boyette and her husband Stan attended college with James Wesley Mount. Hospital staff reached her to tell her about the funeral after they found her name written in Mr. Mount's Bible. They have health problems of their own but decided they had to make the effort to be at his funeral.

"We don't get to go many places, but we especially wanted to be here to honor Jim too," Sarita Boyette said.

For the fellow Vietnam-era Veterans who organized this funeral, they are grateful so many did answer their call.

"And to be here on the holy ground of this cemetery that belongs to the American people even makes it better. Because this is his home now,” VVA Chapter 920 president Gary Steele said.

And after Chaplain Silva offered a closing prayer, the crowd of mourners also offered one final standing ovation, a round of applause for a man who served his country.

James Wesley Mount might have thought he didn’t have a family to support him. But thanks to a group of veterans in Denton County, an extended family welcomed him home.