Firefighters swam to a vehicle that crashed into Liberty Bay to rescue a man trapped inside Saturday morning. 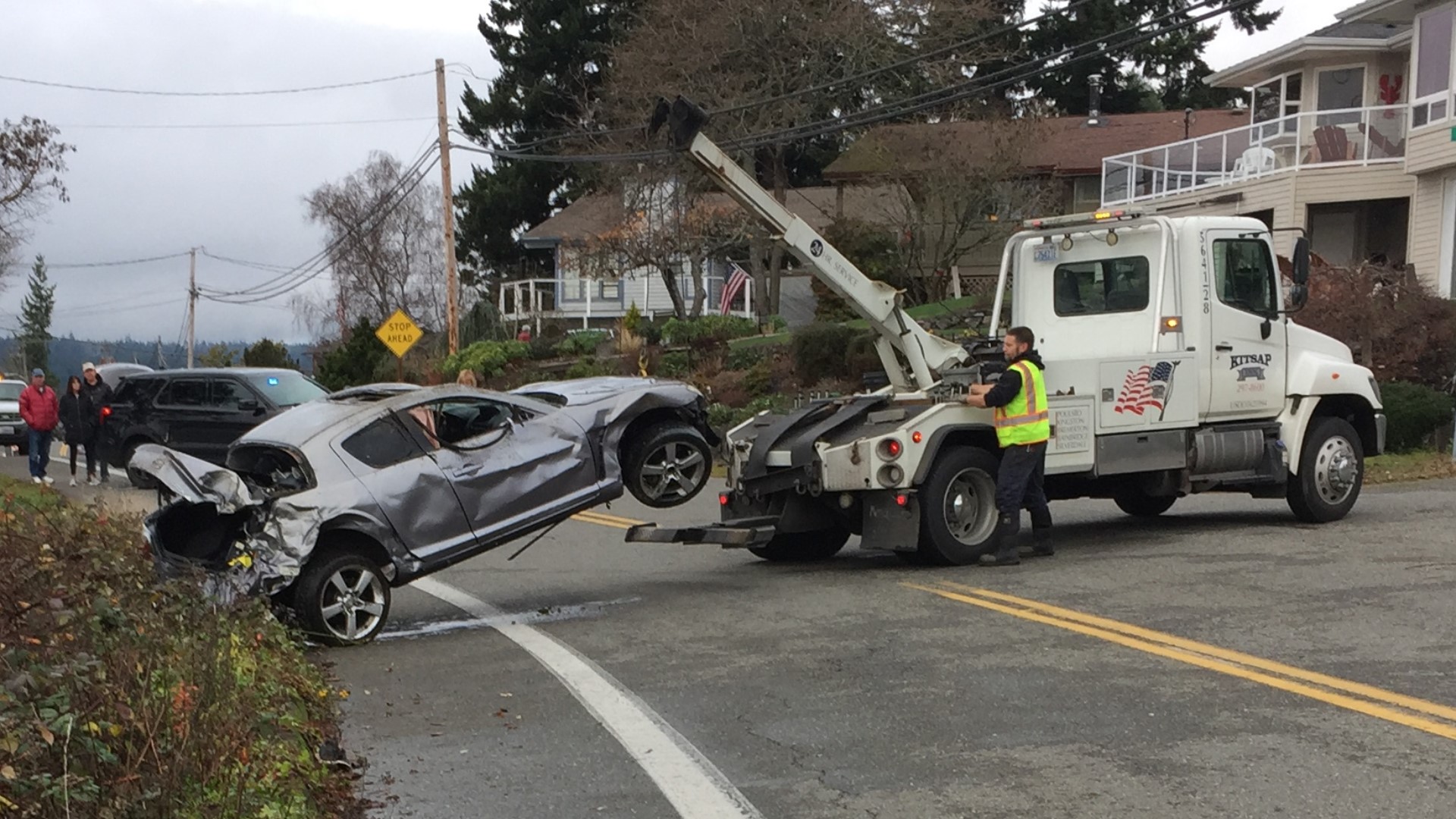 The Poulsbo Fire and Police departments responded to the scene of the rollover accident off Fjord Drive around 8:40 a.m. The vehicle went off the roadway into Liberty Bay south of the Poulsbo Yacht Club, according to Poulsbo Fire Department spokesperson Jody Matson.

One woman was already outside of the vehicle when first responders arrived. A witness told KING 5 she was screaming for help because the driver of the vehicle was still trapped inside.

Matson said the tide was in and the vehicle was upside down and almost completely submerged with only the two rear tires sticking out of the water when first responders arrived.

Firefighters didn't wait for a rescue boat to arrive and swam out to the vehicle without any specialized gear to rescue the man.

“It is not something they routinely do. To get into the water without specialized gear to keep them warm, to keep them safe, certainly they don't have an air supply and things like that they went in with their blue uniforms with their boots on,” explained Battalion Chief Craig Becker.

First responders tried several tools they had in the ambulance to open the driver’s door, but it was wedged on rocks. The firefighters did something they had only talked about in training but had never tried. Crews reached for the air pack normally used for fires, basically using it like scuba gear.

Matson said the three firefighters that went into the water were also transported to the hospital and treated for hypothermia. The firefighters were given the option to take the rest of the day off but returned to the job saying they were most concerned about those injured in the crash.

The cause of the accident is currently unknown. Poulsbo police are investigating.