Power is restored downtown aside from two buildings after an Avista vault fire this morning. 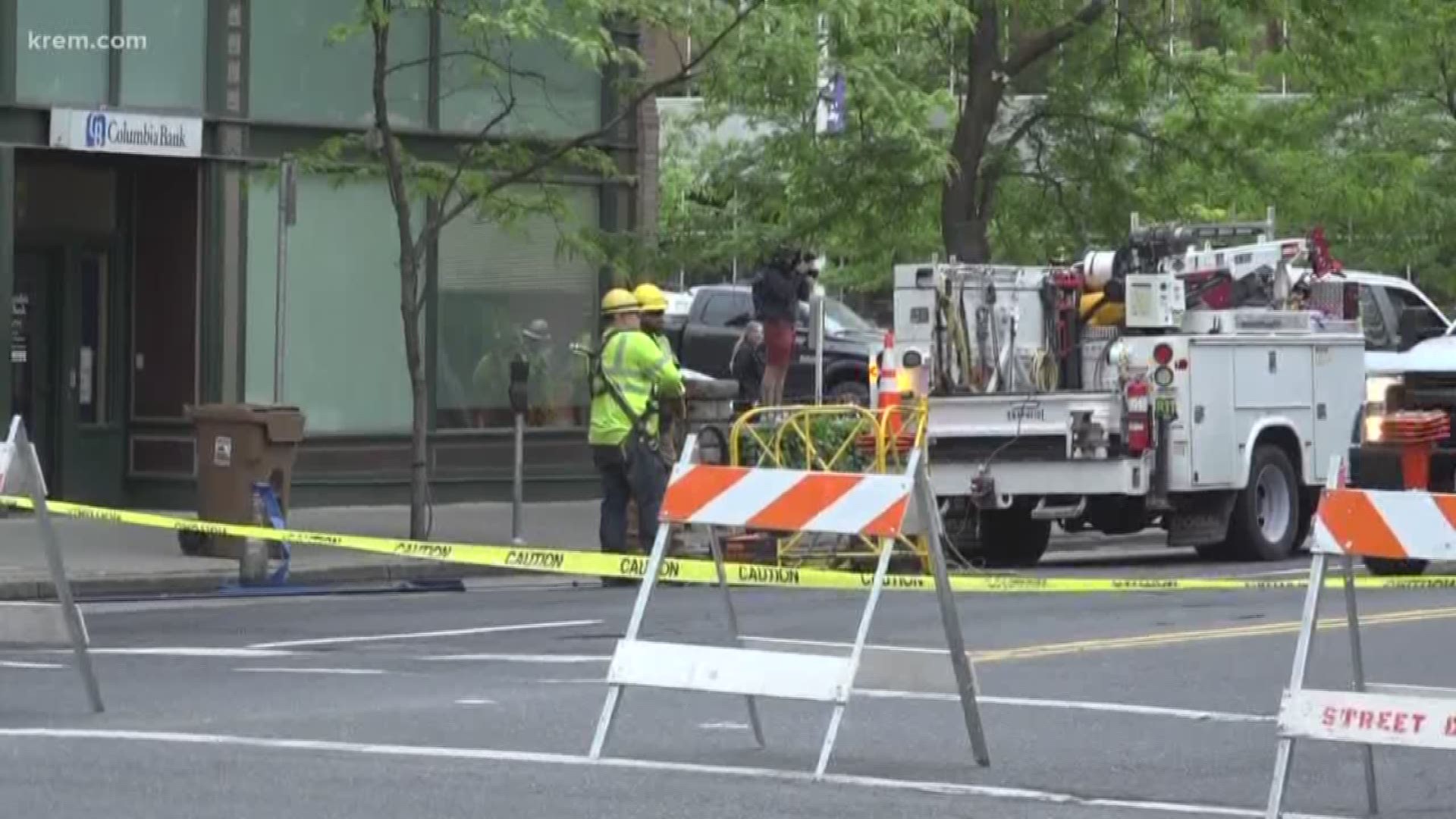 SPOKANE, Wash. — Power has been restored to the downtown core aside from two buildings after an Avista vault fire this morning, according to a KREM reporter on scene.

Fire crews have left the scene.

Power was out from Post st. to Division going east and west, and from Riverside ave to the river going north and south this morning.

A KREM reporter on scene confirmed the 500 block of West Riverside Ave is closed between Stevens st. and Wall st. Crews said they hope to reopen the westbound lane of Riverside st in the next few hours, but they expect the eastbound lanes to be closed all night.

The fire was located where all of the electric and most of the gas services are located for the downtown core, a Spokane Fire spokesperson said.

Crews said they don't know what caused the fire or how long it had been burning before they showed up. There was smoke coming out of the ground through a manhole. The manhole cover was blown out of the ground and snapped in half due to the force.

This is a developing story, please check back for updates.