A group of Washington families claims KeyBank refuses to honor their decades-old investments. 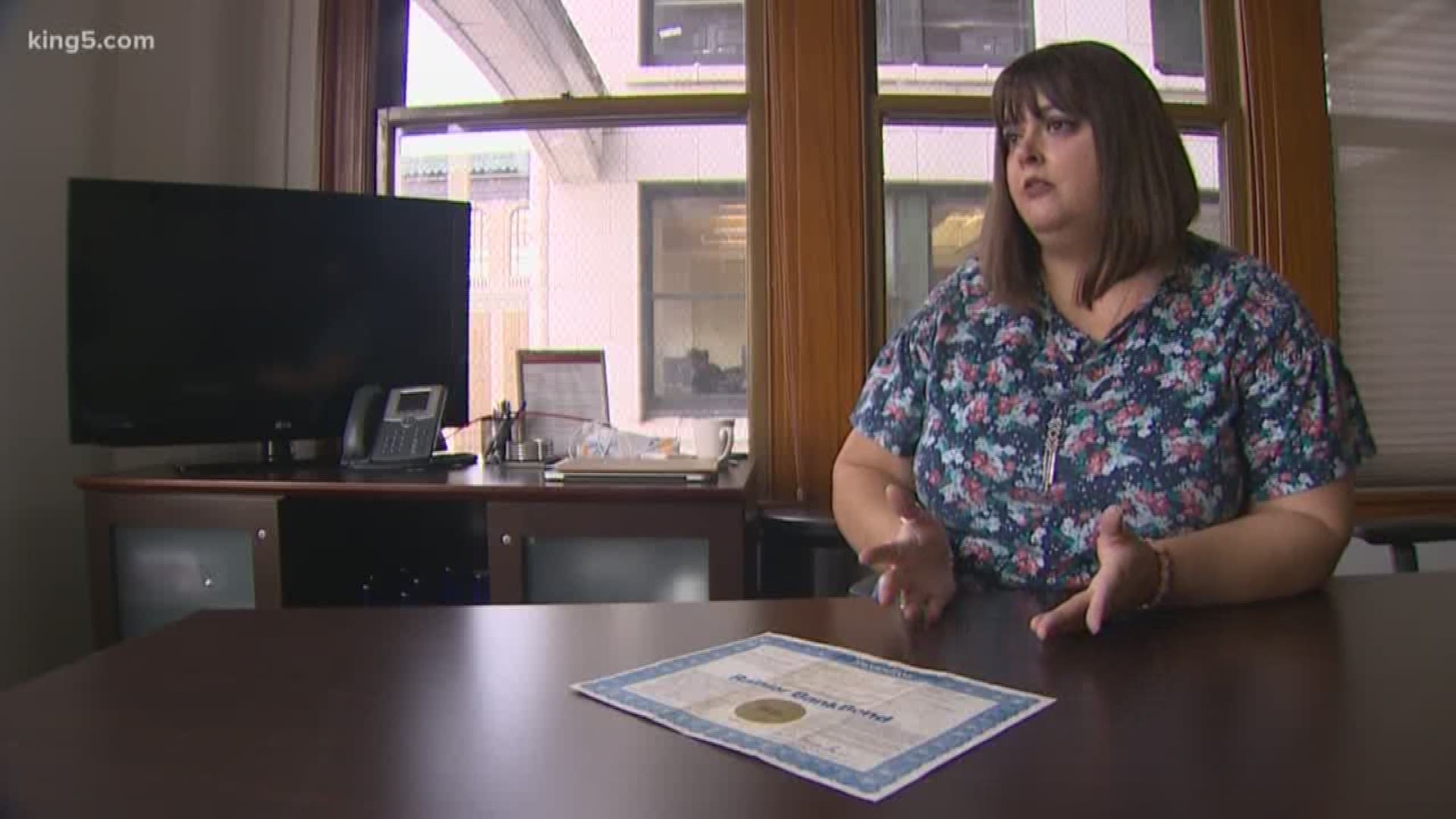 SEATTLE — A group is fighting KeyBank claiming the company refuses to honor their families' decades-old investments.

“It's money that my uncle and aunt gave me for my future," said Katrina Johnson, one of the plaintiffs in a lawsuit against KeyBank. "I want to get what I'm owed."

Johnson and several others own bank bills, which were popular in the 1980s. Bank bills, which are like a CD, guaranteed a robust return on investment, often 7-10 percent, and in some cases, as high as 15 percent.

“I’m told that roughly this should be worth $250,000,” explained plaintiff Mark Miller as he unfolded a stack of bills his mom gave him before she died two years ago. “So, that’s a big chunk of change.”

The bank bills were originally issued by Rainier Bank, a long-defunct chain that had locations throughout Washington state.

The families and their attorney Eric Harrison claim KeyBank ended up acquiring some Rainier Bank locations and is now responsible for the bank bills.

“Their sole job as a bank is to keep a record of your money, and they can't even do that,” Harrison said.

Harrison said the bank’s attorneys are fighting customers over, in some cases, just hundreds of dollars.

With no settlement in sight, the plaintiffs said they're preparing for a trial this summer.

“My mom insisted when she handed it to me, she said, ‘These things are still good,’” recalled Miller.

Harrison said he thinks there are potentially thousands of bank bills still stashed away in safes and file cabinets, their owners unaware of how hard it could be to claim their money. 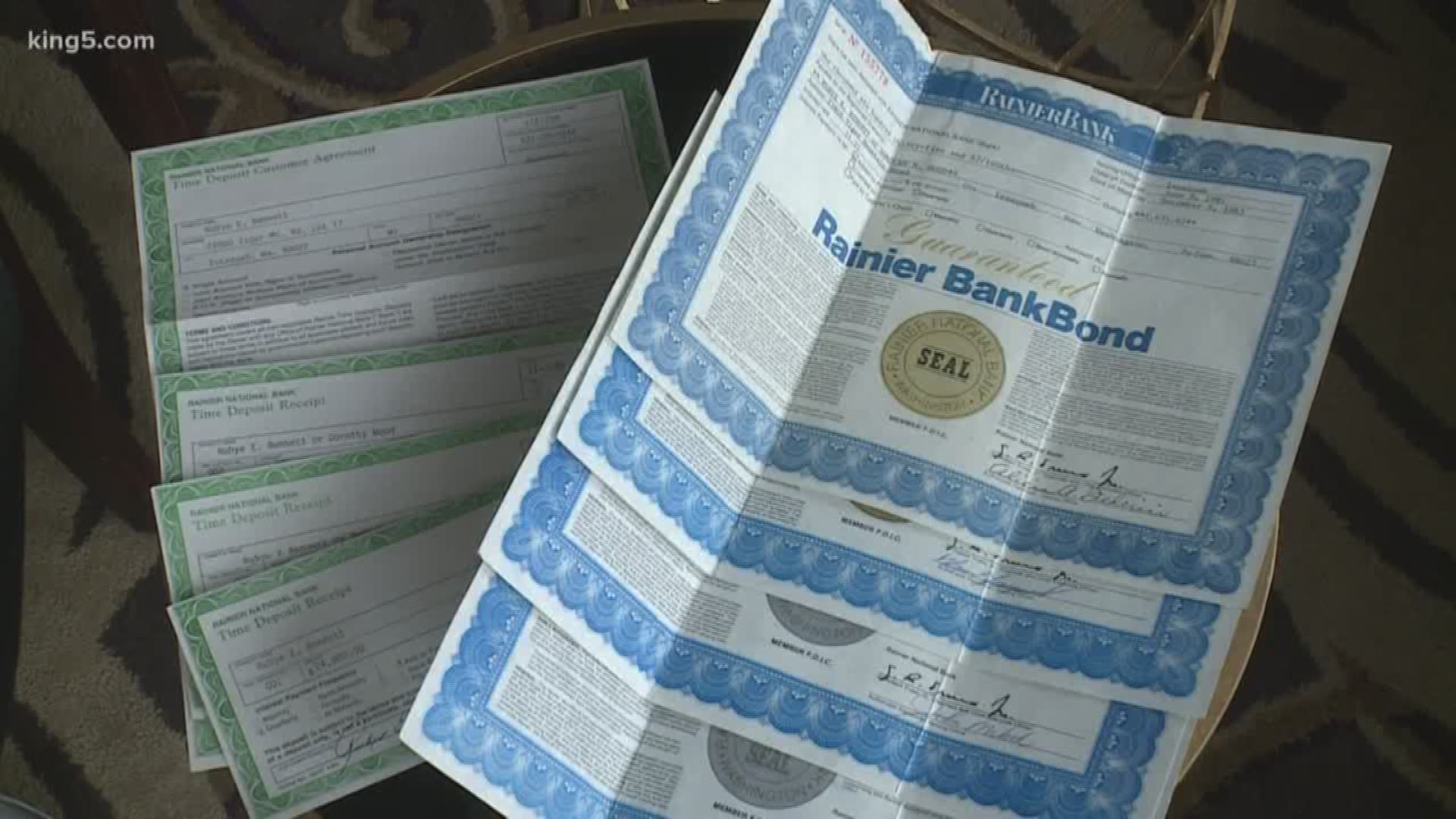