The driver was extricated from the car and taken to the hospital for a leg injury, Spokane police said. 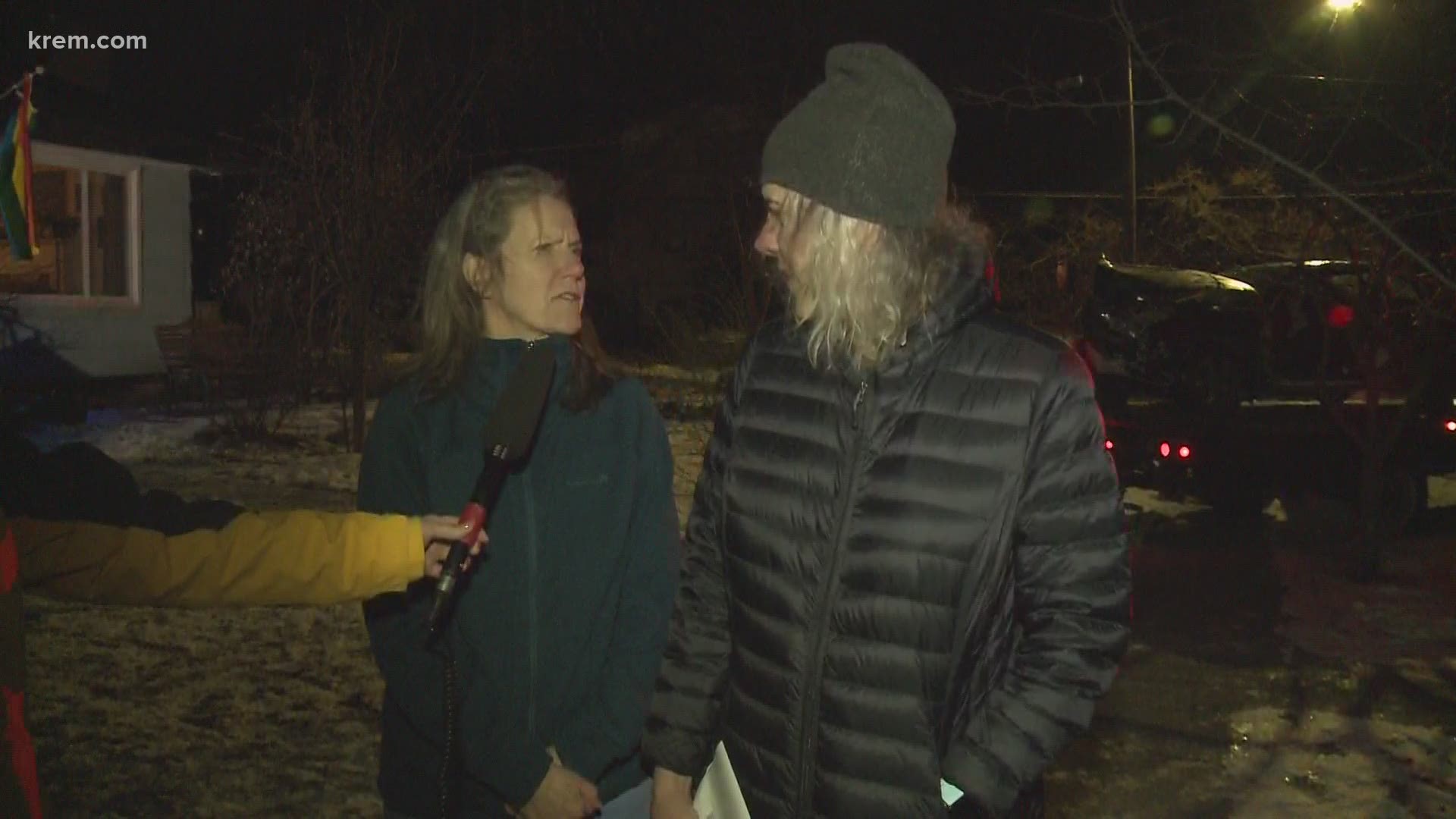 SPOKANE, Wash. — A car crashed into a home on Spokane's South Hill on Friday morning, leaving the driver with a leg injury.

Emergency services and police responded to the crash on 16th Avenue at about 4 a.m. on Friday. Sara and Maeve Griffith were asleep in their home when they heard the car crash through their basement window. The two saw the driver get extricated from his car.

"We were trying to stay out the scene," Sara said. "It looked like they had to wrench the door out and put him onto a stretcher."

There was one driver in the car, Spokane police said. They were extricated from the car and taken to the hospital for a leg injury, police said.

The Griffiths were uninjured and in good spirits following the crash. They were mostly worried about their grandchildren's Lego table.

"I really feel bad though," Sara said. "It's going to be a total loss there. I don't want to break the news to them that their Legos are out of commission."

The two are also worried about structural damage to the home. The first thing they will be doing this morning is calling the insurance company, Maeve said.

"I mean they hit right at the rib joint so, it could be more expensive, " Maeve said.

Neither was able to speak to the driver before police and fire department arrived on the scene.

No one is facing charges at this time and the investigation is ongoing, police said.