Lawsuits against Astroworld Festival: What we know so far

Travis Scott, Live Nation and others are being sued on behalf of deceased and injured concertgoers after the deadly crowd surge at the festival. 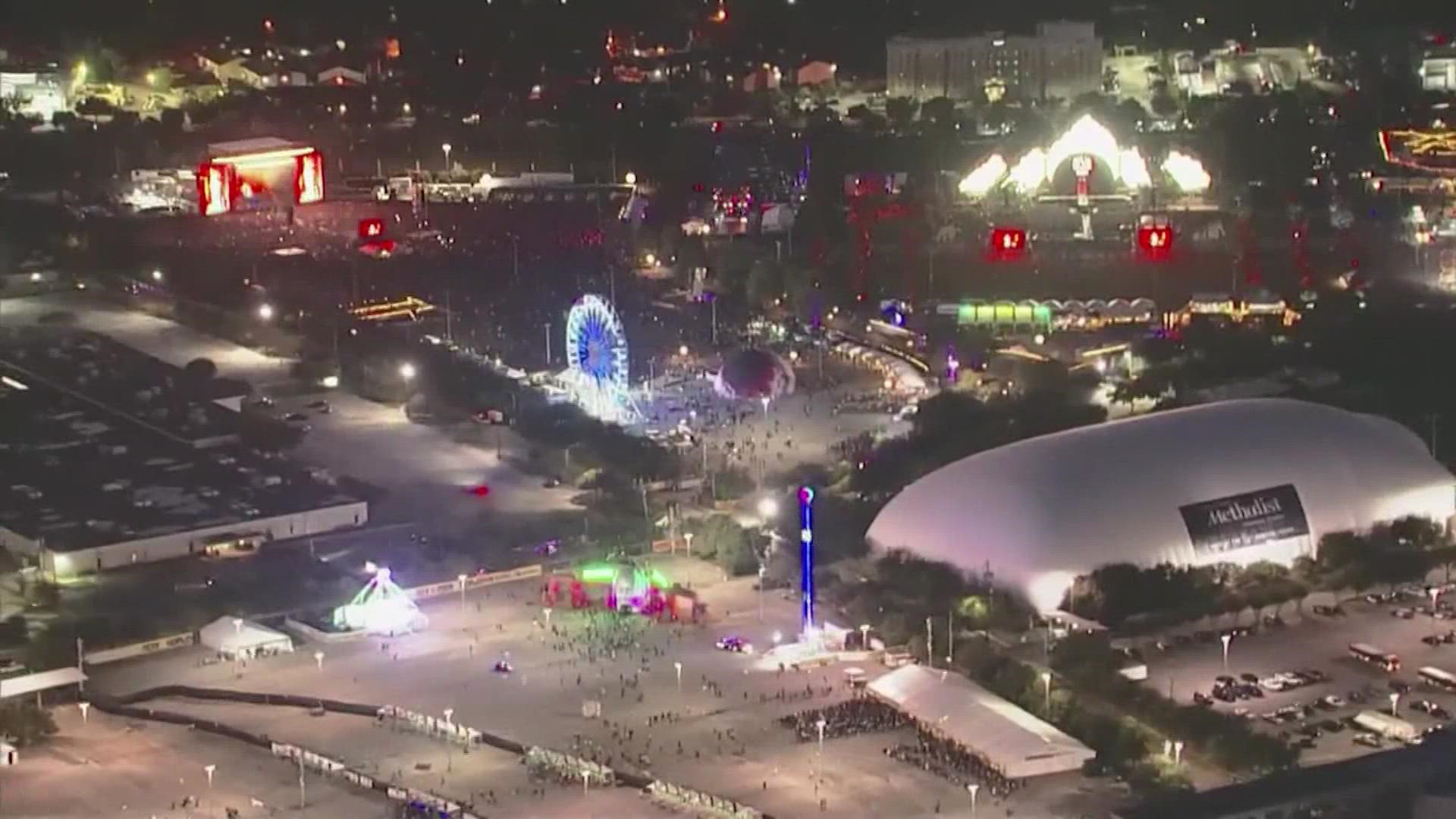 HOUSTON — Lawsuits are stacking against multiple people and entities for the tragic incident at Travis Scott's Astroworld Festival. Ten people are dead and hundreds were injured after a crowd surge during the rapper's performance. As of Nov 15, lawyers have filed 127 suits in Harris County on behalf of injured attendees and families of the eight victims. The following lawsuits are what we know so far:

The family of Axel Acosta Avila plans to sue in regards to the 21-year-old's death at the festival. Lawyer Tony Buzbee announced that he will represent them. Although an autopsy has not been released, Buzbee claims Axel was crushed and killed in the crowd on Friday night.

The lawsuit is expected to be filed in the coming days against Scoremore, Live Nation, Contemporary Service Corporation, Harris County Sports and Convention Corporation and Travis Scott.

RELATED: Astroworld Festival victim's family says they found out about his death on the internet

The following is a statement from the family's attorneys:

"This tragedy was preventable. Madison’s family filed this lawsuit to make sure that the truth of what went so horrifically wrong at the Astroworld Festival is discovered. This lawsuit will make sure that those responsible are held fully accountable and that something like this never happens to another family.”

RELATED: Astroworld Festival tragedy: What we know about the 10 victims

The family of 9-year-old Ezra Blount confirmed that he died after spending more than a week in a medically-induced coma. His dad, Treston, filed a lawsuit for Ezra's life-threatening injuries. On his GoFundMe page, Treston said he had Ezra on his shoulders at the concert when the crowd surge happened.

"I began to be crushed until I couldn't breathe. I passed out and I woke up my son was gone," he said.

The lawsuit was filed by attorney Ben Crump and his co-counsel. Their statement lists Scoremore, Live Nation, Travis Scott and his Cactus Jack Records as some of the defendants.

The following is from the attorneys' statement after Ezra's passing:

“The Blount family tonight is grieving the incomprehensible loss of their precious young son. This should not have been the outcome of taking their son to a concert, what should have been a joyful celebration. Ezra’s death is absolutely heartbreaking. We are committed to seeking answers and justice for the Blount family. But tonight we stand in solidarity with the family, in grief, and in prayer.”

The parents of 14-year-old John Hilgert are suing Travis Scott and his music production company after their son was crushed during the Astroworld concert.

“No one should die going to a concert,” said attorney Richard Mithoff, hired by Chris and Nichole Hilgert.

The couple said they want to see changes made in the way concerts are organized – from security requirements, medical facilities available and the elimination of general admission “mosh” pits instead of assigned seats.

“The pain of our loss from our son John not making it home alive from an event such as this is intolerable. He was a beautiful young man who simply wanted to enjoy his first concert event with friends, whom he treasured spending time with more than anything else."

The commitment by the family to create change is important to avoid tragedies like this in the future.

“This pain should never be felt by anyone over a loved one attending a live concert. Our sole aim in filing this lawsuit is to prevent this type of tragedy from ever happening again at a live concert,” Hilgert said. “There is no excuse for the poor crowd design, event execution and lack of response that was exercised at this festival that resulted in the tragic death of our son and nine others along with scores of other people that were innocently injured.”

Mithoff is also representing another 14-year-old who attended the concert with John. He also was trampled, but someone grabbed him and saved his life.

“He was lucky; someone found him and pushed him to safety,” Mithoff said.

Attorney Ben Crump says he and his co-counsel are representing more than 200 others for physical and emotional pain from the concert. One lawsuit was filed recently on behalf of 93 people. Some attendees spoke openly about their experiences, injuries and psychological trauma. Crump says Travis Scott is listed in the lawsuits, but they're mainly looking to hold Live Nation accountable.

One man filed a lawsuit after he was allegedly trampled in the festival's crowd surge. He says he was crushed and lost consciousness. He's suing Live Nation, Scoremore, ASM, Harris County Sports & Convention, Valle Services and Travis Scott. The man's attorneys say he's seeking $1 million since it's the minimum amount that's required to have a court case.

Lawyer Tony Buzbee filed a lawsuit for 120 people, including Axel Acosta Avila. The suit is seeking $750 million in damages against a long list of defendants, including Travis Scott, Apple Music and Epic Records.

Attorneys Rick Ramos and Clark Martin are set to sue on behalf of 10 other attendees. They say they may represent around 30 people in total. Ramos says plans for the lawsuits are still coming together and one of them is related to another victim who died at the festival.

Samuel and Jackson Bush, who worked as security for the event, claimed they were injured during the chaos during the event. They are represented by attorney Larry Taylor of The Cochran Firm. Their employer, New York-based AJ Melino & Associates, and festival organizers were named as defendants. 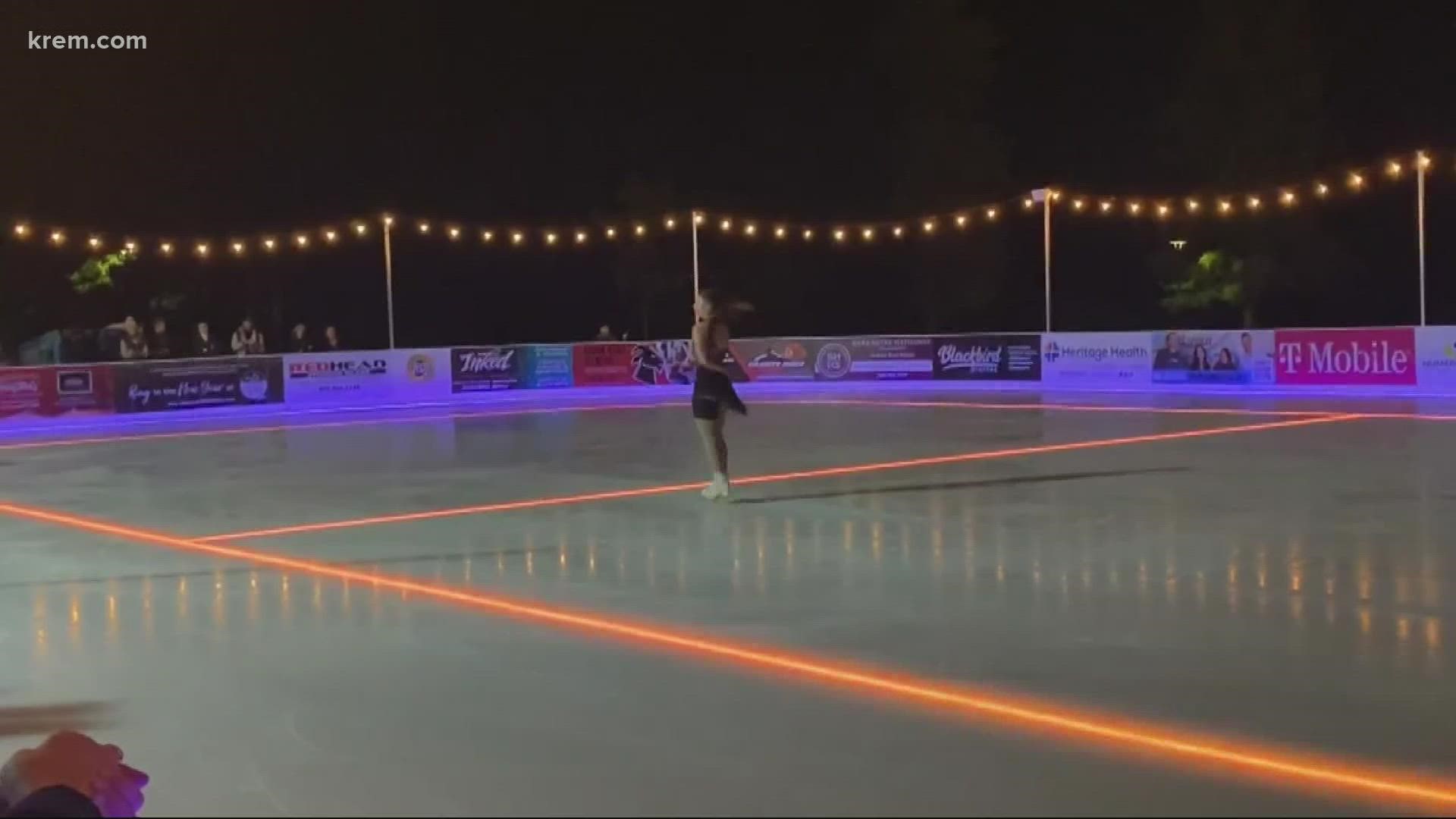