A petition detailing a list of demands has received more than 200 signatures, according to a group organizer. 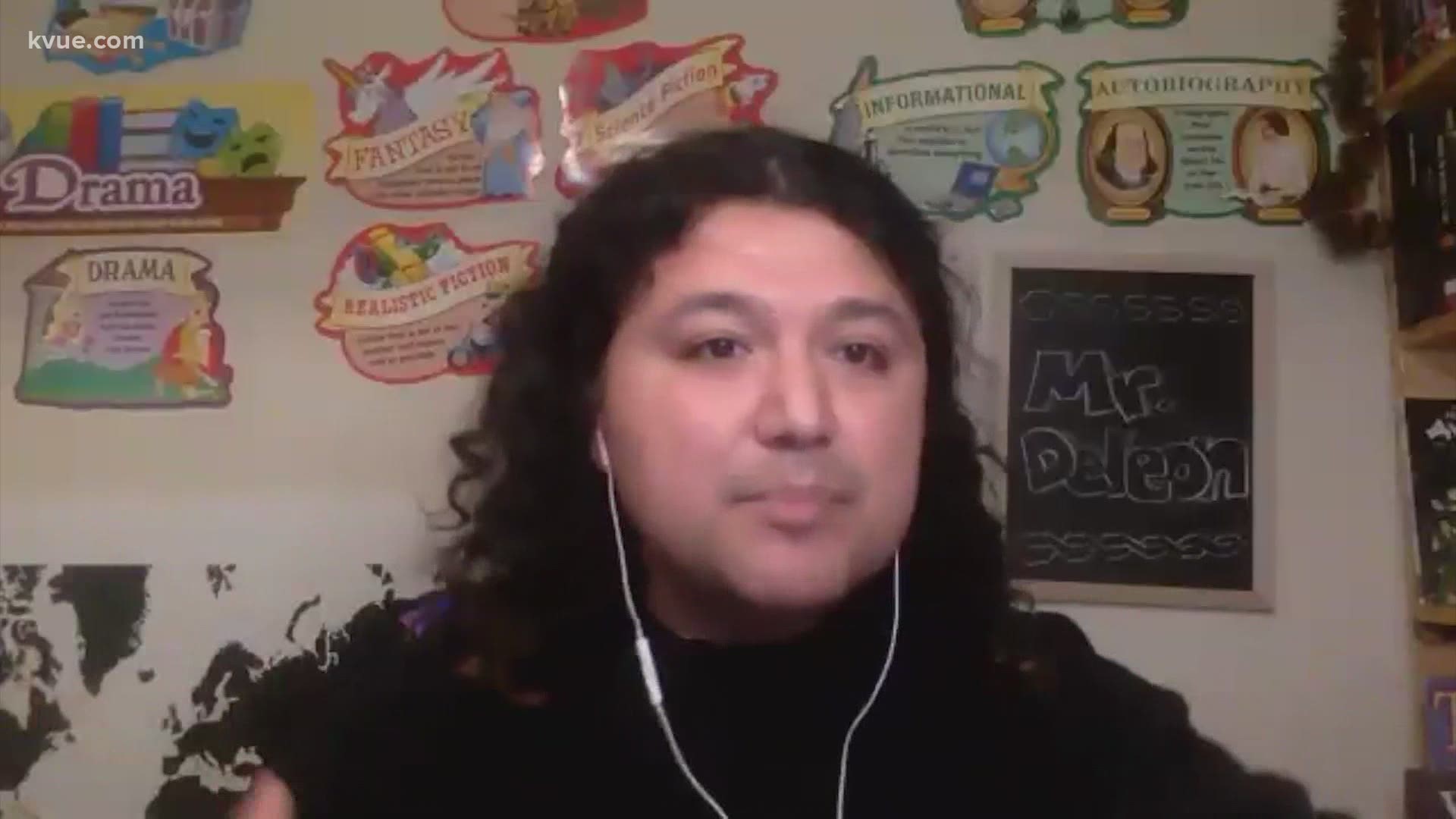 AUSTIN, Texas — The Austin Independent School District is preparing to bring back more students, teachers and staff to its campuses on Monday, Nov. 2, as part of its phase-in reopening process, and some worry the district is moving too quickly.

On Saturday, a group of concerned students, parents, teachers and community advocates held a virtual press conference, detailing the changes they're asking the Texas Education Agency to make to better protect schools.

As part of that list of more than a dozen demands, the group is asking the TEA to fund remote learning for all schools districts, to not hold school districts accountable for attendance for the 2020-2021 school year or withhold funding and to cancel the annual STAAR test because of the COVID-19 pandemic.

During the press conference, David DeLeon, who identified himself as an AISD teacher, shared he is "terrified" of returning back to campus on Monday.

"We've had a lot of issues that make me even more concerned with instances of staff members being able to enter the campus without having gotten screened first or students and staff being observed on campus without their masks," he said.

DeLeon worries AISD is reopening too quickly because of the TEA's demands.

"Every time people raise concerns, it's, 'Oh, well, my principal said,' or, 'My superintendent said,' or, 'TEA said,' or, 'the governor said,'" DeLeon said. "Everyone keeps blaming, you know, upwards ... Why aren't we just fixated and focused on the health and safety of our students and staff?"

Bianca San Miguel, who also identified as an AISD teacher, said it's still "unsafe" to return to campus.

She said she lost her daughter in September 2019, and she doesn't want any other parent to experience the pain she has if their child were to get sick.

"I just want to appeal to every administrator, every district leader, TEA. You have an opportunity to prevent this kind of pain, just a marginal opportunity, just a small percentage of a chance that you can prevent this from happening to a family, and you're refusing to. You're going for compliance over safety and health," she said.

According to organizer Janis Bookout, an online petition detailing the group's demands has received more than 200 signatures.

Since Sept. 8, AISD has reported 70 confirmed positive cases, including 27 students and 37 staff members, according to the district's COVID-19 dashboard.

Nearly 16,000 students receiving on-campus instruction and more than 10,000 staff members have tested positive for COVID-19 in school districts across Texas, according to the Texas Department of State Health Services.

Coronavirus updates in Central Texas: What to know Saturday