Parents are frustrated with the school district's slow response to in-person instruction. 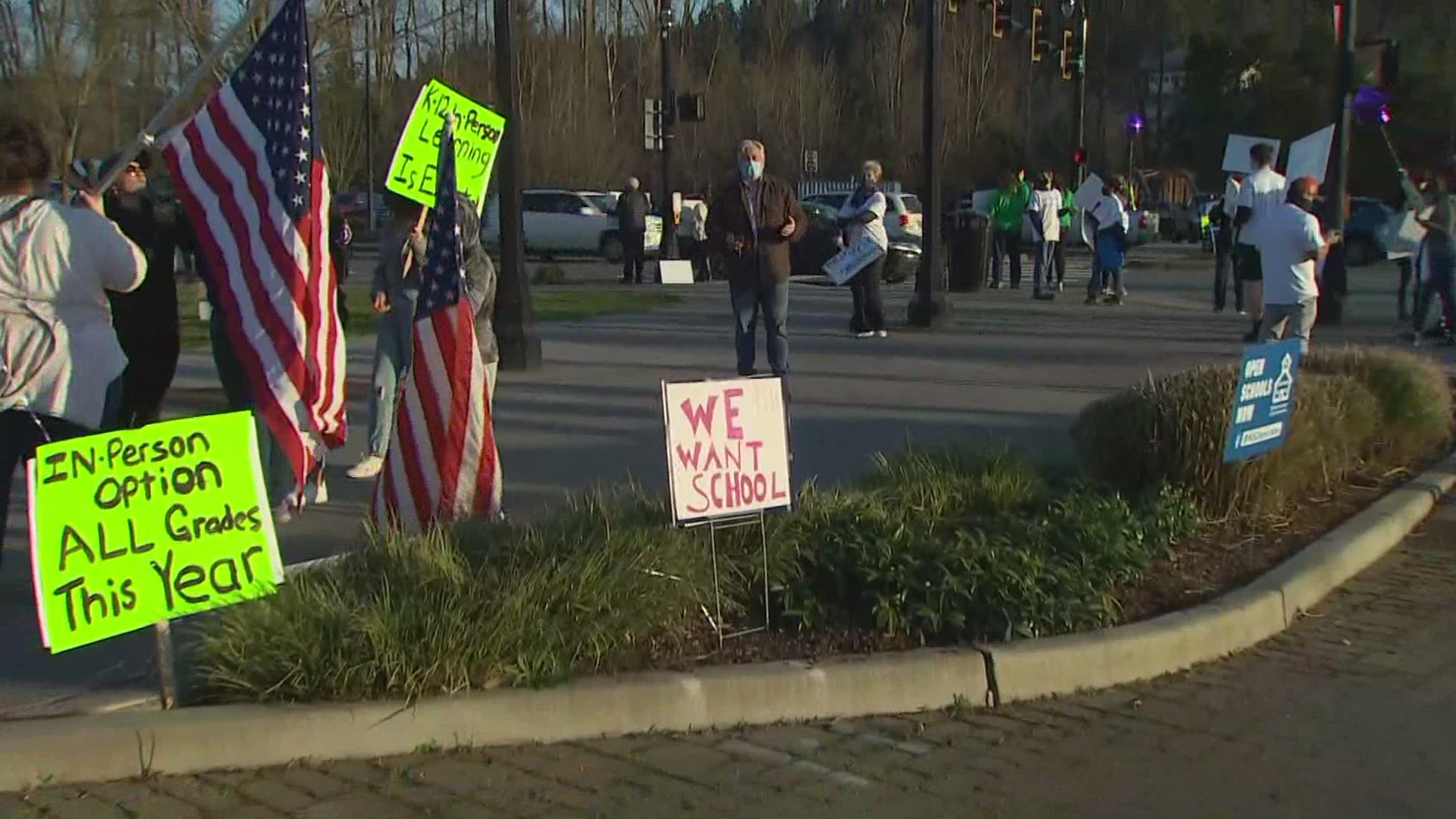 BOTHELL, Wash — Parents from the Northshore School District took to the streets of downtown Bothell Wednesday afternoon to air their frustrations with Superintendent Michelle Reid.

"It's very frustrating," said one parent.

"I don't even have a word to describe it," said another.

"I don't think my child has learned at all during the past month," added Maria Khilyuk, the working mother of a first-grader. "I am not a teacher. I am certainly not a first-grade teacher. I cannot provide those services to my child."

Northshore was the first district in Washington to close classrooms and move to full remote learning in March 2020. The district was seen as a leader in dealing with the pandemic in schools.

A year later, however, the district is being hammered by parents who don't understand why no comprehensive plan has been announced to get all students back in class.

"We have statistics. We have other states we can look to that have fully reopened and we have private schools that have been open since September. She's refusing to acknowledge the facts," said Khilyuk.

The district has previously said vaccinating teachers would be key in reopening. Now that teachers are being prioritized for vaccinations, parents like Dominique France are eager for a plan.

"We've got the vaccine. Now, what's your new excuse?"

Northshore parents said their kids are suffering, having their college hopes dimmed and simply not learning. They call it a "lost year."

"She (Reid) is harming the kids that are most impacted, which is the low income, and Black and Brown students, because those are the kids who are being denied an education right now," said parent Dianna Connelly.

Mental health issues remain a major concern. France said the issue was brought up with the superintendent this week.

"Do you know what her response was? 'Just love them.' Are you kidding me? That is an unacceptable response from someone who is being paid more than $350,000 a year to actually educate our children."

Northshore administrators did not answer KING 5's questions when asked about reopening. Instead, they directed us to the district's website, which stated, "With the safety of students, staff and families as top priority, certain student groups are returning to classrooms for in-person instruction and other student groups will come to school campuses for transition and support activities. Remote learning will continue for students whose families choose to keep them home."

Meantime, parents like Khilyuk said they are strongly considering putting their kids in private school next year because they've lost faith that anything will change.

"I have filled out all the paperwork to submit to private schools because I have no hope we're even going back in September," she said. "I'll be sending it in today." 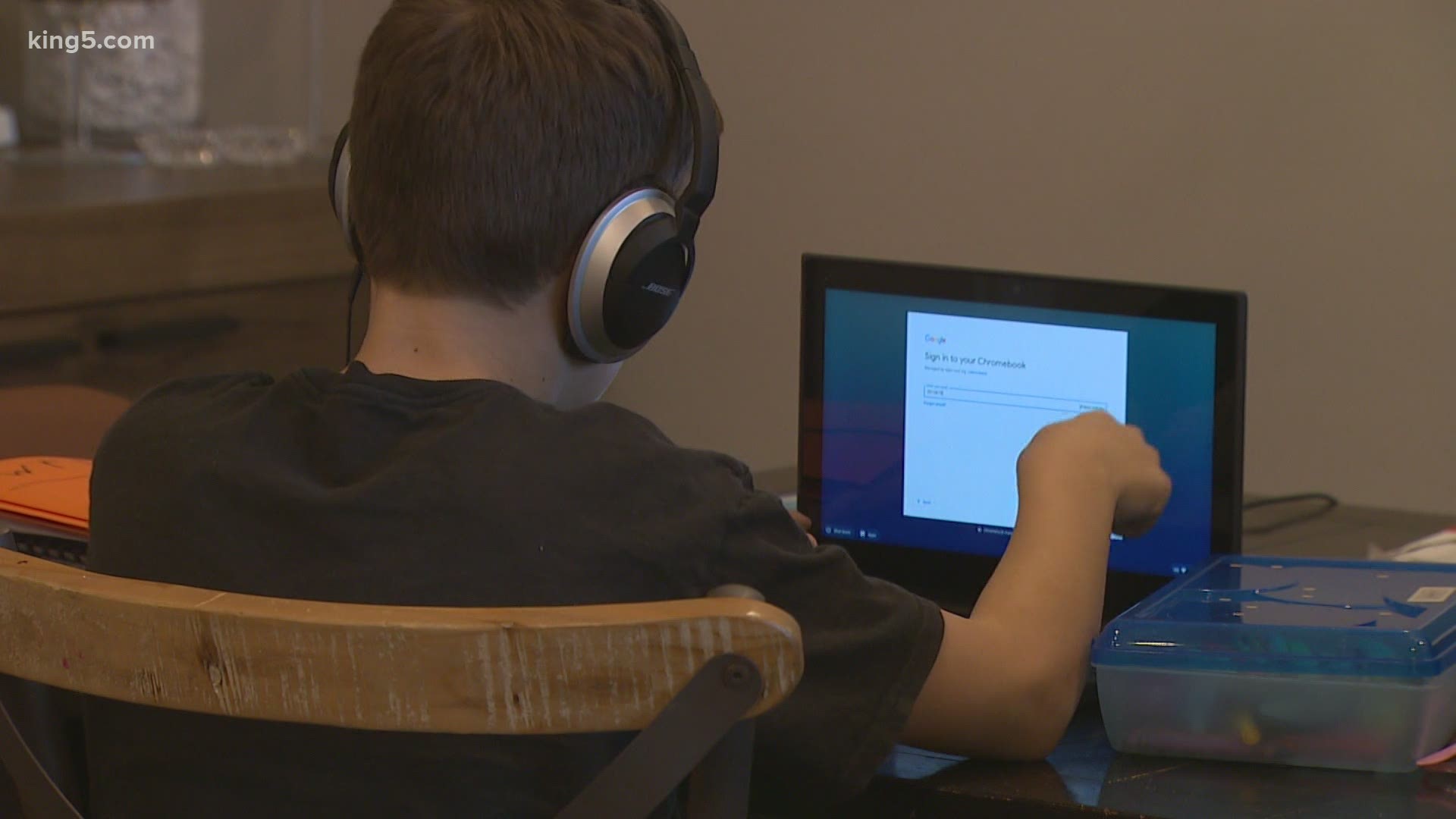