The announcement of the plan comes after Spokane Public Schools issued 325 layoff notices, including 182 teaching-level positions. 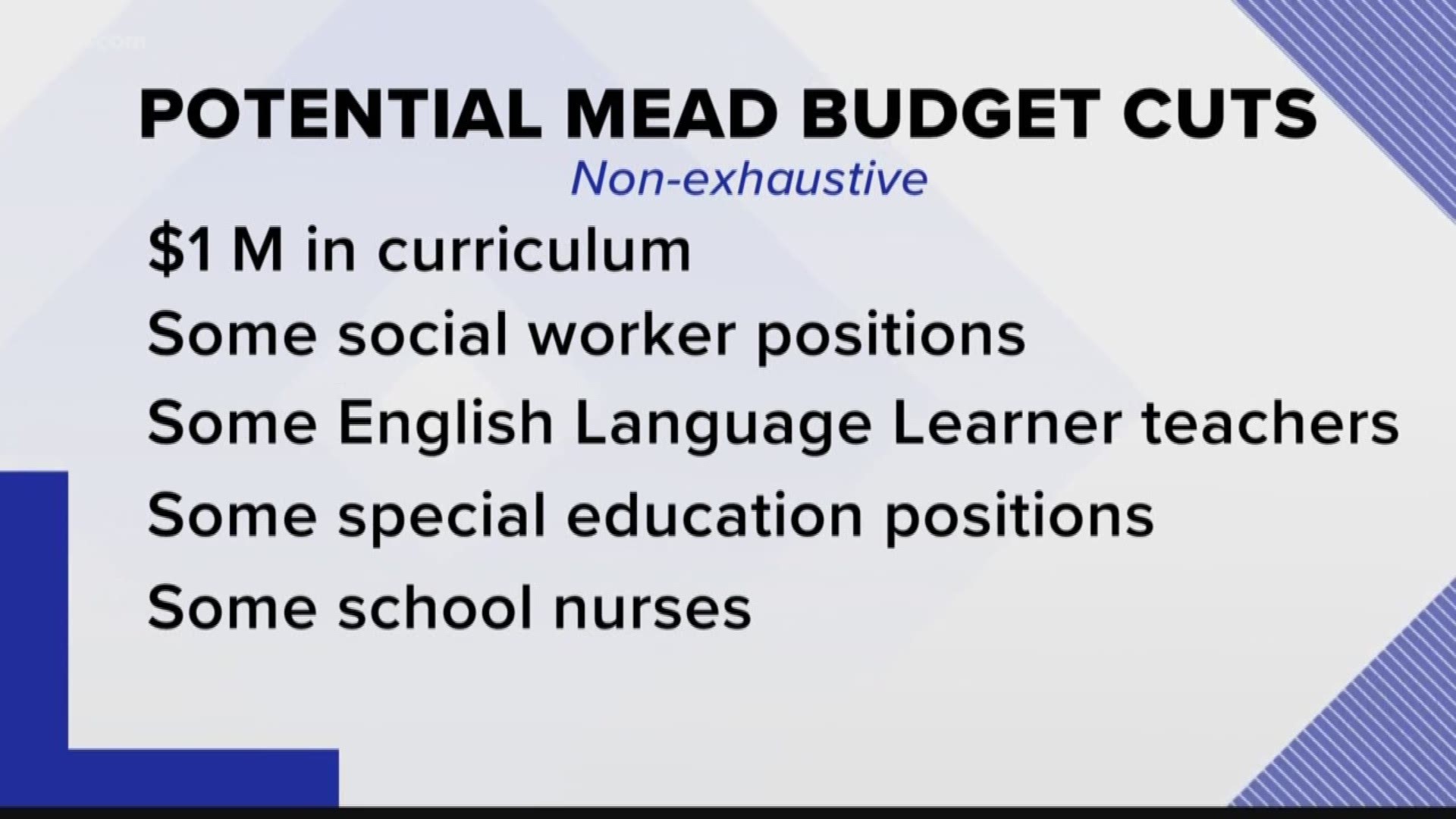 SPOKANE, Wash. — The Mead School District announced a budget plan for the 2019-2020 academic year on Wednesday that would cut more than 70 positions and $15 million from its budget.

The Financial Emergency and Budgetary Uncertainty plan comes after an anticipated $12 million deficit for the school district.

More than 70 positions would be cut in the plan, including counselors, administrative assistants, custodians, nurses, coaches and some teaching positions for special education and Early Language Learner programs.

However, no standard teacher layoffs were proposed.

In addition to those positions, programs such as elementary sports and campus would also be cut.

The announcement of the plan comes after Spokane Public Schools announced they were issuing 325 layoff notices, including 182 teaching-level staff.

Districts around the state are facing similar budget shortfalls, most of them attributing it to fallout of the McLeary Decision. Like SPS, Mead cited the cap on local levies instituted by the state and upcoming statewide mandates that the district says are underfunded.

The assistant superintendent said that he is longer confident the state legislature will come through with enough funding to prevent significant cuts.

That news frightened and disappointed the audience.

The plan is unlikely to become the final budget, as it will undergo a week of review and changes first.

On April 22, a meeting will be held where the public can give comment.

On April 25, there will be a special board meeting with time set aside for public comment.

On April 26, the board is scheduled to make a decision on the plan.