‘It is very scary’: National Teacher of the Year Mandy Manning weighs in on school budget cuts

The Spokane teacher said it is scary for educators across Washington and here in the Spokane area as many districts announce layoffs. 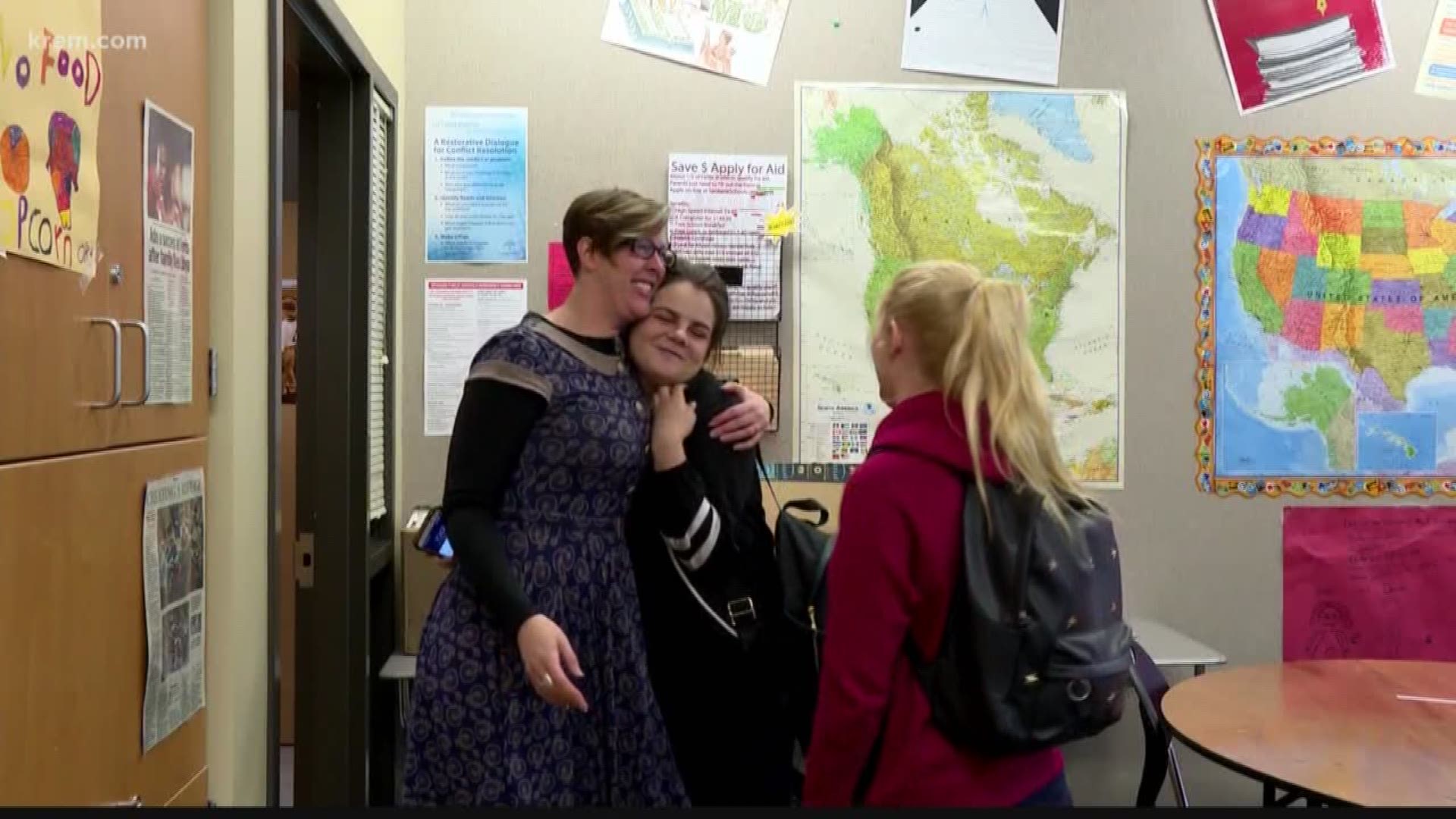 SPOKANE, Wash. — National Teacher of the Year Mandy Manning weighed in the on the current budget crisis school districts face across the state.

Manning stopped by the KREM 2 News studio on her way out of town to speak at conference for Teachers Against Child Detention. Her week is jam-packed with events as she prepares to close out her year as National Teacher of the Year.

Before she won the nation’s oldest and most prestigious honor for educators, she taught immigrant and refugee students from across the district at the Newcomer Center at Ferris High School.

In the last year, she used her platform to advocate for students and educators.

She said she is concerned about the recent cuts announced in the Spokane School District.

"It is very scary and it's not only scary in Spokane, it's scary across the state,” Manning said.

Spokane Public School leaders plan to cut 325 staff positions. The district reported a $31 million budget shortfall after changes were made to the state funding model.

State lawmakers said they have fulfilled their obligation to fund basic education. Right now, the discussion in Olympia is whether the state will fully fund special education and other measures such as mental health services and safety.

Manning said her former student-teacher was among the 182 teachers to receive layoff notices.

"She is compassionate, competent, an excellent educator who really focuses on connecting with kids and she is exactly the type of educator we need in our schools and we are going to lose her if we don’t fix this budget crisis,” Manning said.

The layoffs sparked student-led walkouts and protests. Manning praised students for their willingness to demonstrate.

"Good for them for supporting their teachers and their educational support professionals and walking out on behalf of not only their educators, but also themselves,” she said.

Many districts have said a cap on local levees has caused the budget shortfalls they have experienced. State lawmakers put a limit on local revenue districts can raise when they approved additional state funding for basic education.

"We don't have the flexibility to spend the money that we have in the ways that we need to be spending them for our local communities,” Manning said.

"Spokane schools is a great place for kids to go to school and if we continue on this pathway where we are cutting programs, we're increasing class sizes, it's not going to be good for our students,” Manning said.