The class of 2020 had its graduation canceled due to the COVID-19 pandemic. 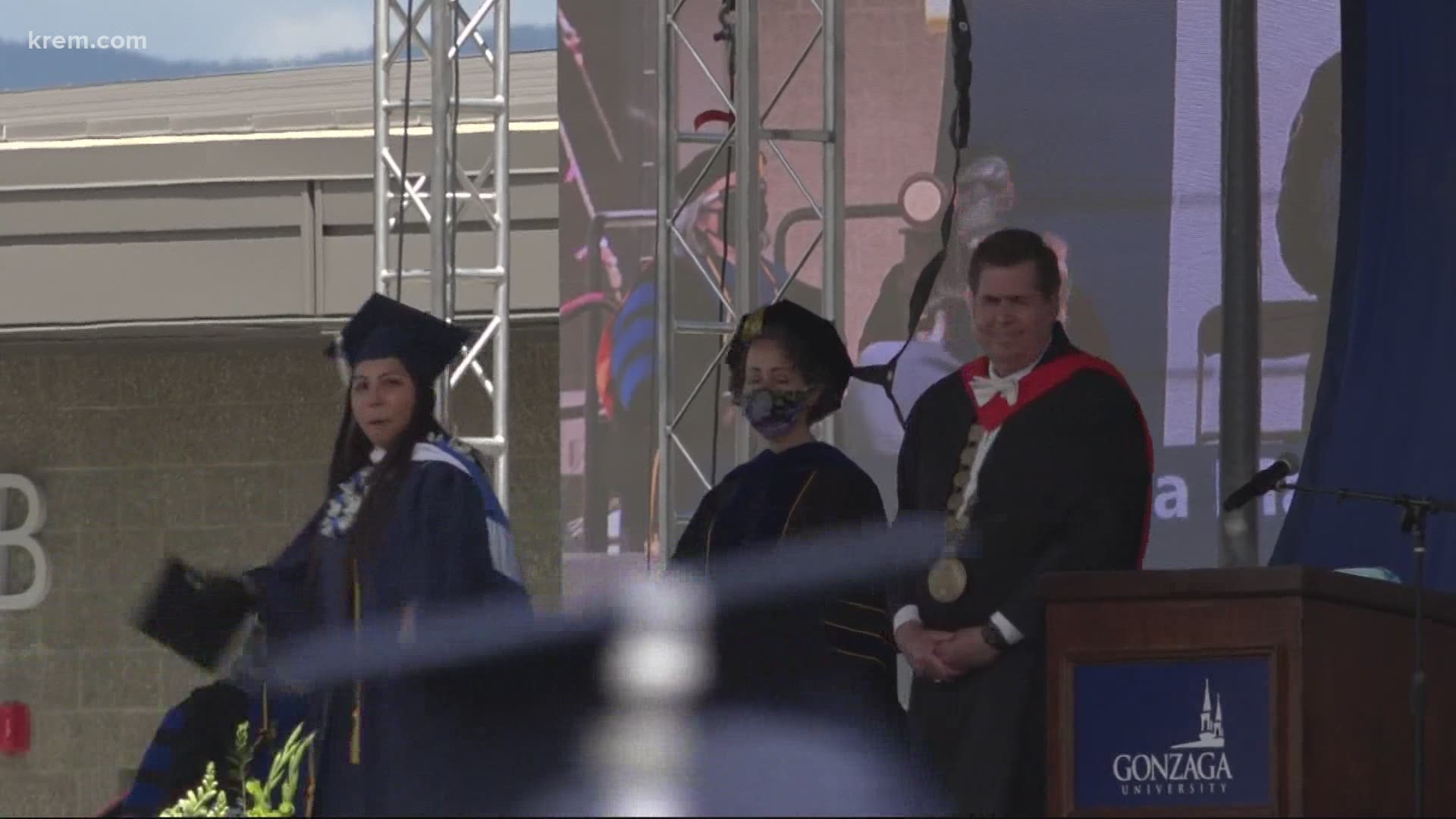 MEAD, Wash. — Bagpipes welcomed Gonzaga University graduates and their families on Sunday at Mead's Union Stadium as the university held multiple graduation ceremonies for the class of 2021.

It marked Gonzaga's 128th Commencement, with the university conferring degrees to about 2,200 students. For the graduates, the in-person ceremony was the perfect end to what's been a difficult final year of their collegiate career.

"Oh, its incredible. The fact that we even have the chance to be in-person, it was something we didn't even think was going to happen. So, now that we get to be together as a community and share this moment, it's incredible," Gonzaga graduate Catalina Bala said.

The graduates weren't just excited for themselves, they were also glad their families could attend. IT was even more special given that they were able to share the moment with their mom's on Mother's Day.

The mothers in the crowd were just as excited and their kids, with some joining their children's closet friend's families.

"It is the perfect mother's day gift. It is. We are so excited. The year's have flown," said Mary Rotolo, the mother of a graduate.

"It has flown. We are also super excited because our kids, I have twins, and hers, they've known each other since freshman year in college. So they've been together the whole time," said Jennifer Corder, standing next to Rotolo.

The graduation was as close to normal as can be, with some coronavirus restrictions in place. Graduates were spaced out in rows and required to wear masks during the ceremony, although they were allowed to take them off briefly for a photo with Gonzaga President Thayne McCulloh after approval from the Spokane Regional Health District. They graduates were also seated from the beginning of the ceremony instead of walking in to the tradition 'Pomp and Circumstance.'

All of the steps allowed for the ceremony to go off without a hitch, as Gonzaga sent off its next generation of graduates to serve the world.

After all of the names, a few students did keep alive the tradition of tossing their caps in the air before leaving the stadium so the university could prepare for the next group of graduates.