Central Valley SD confirmed the board approved the cuts on Tuesday night. The district previously cited factors outside their control for the cuts. 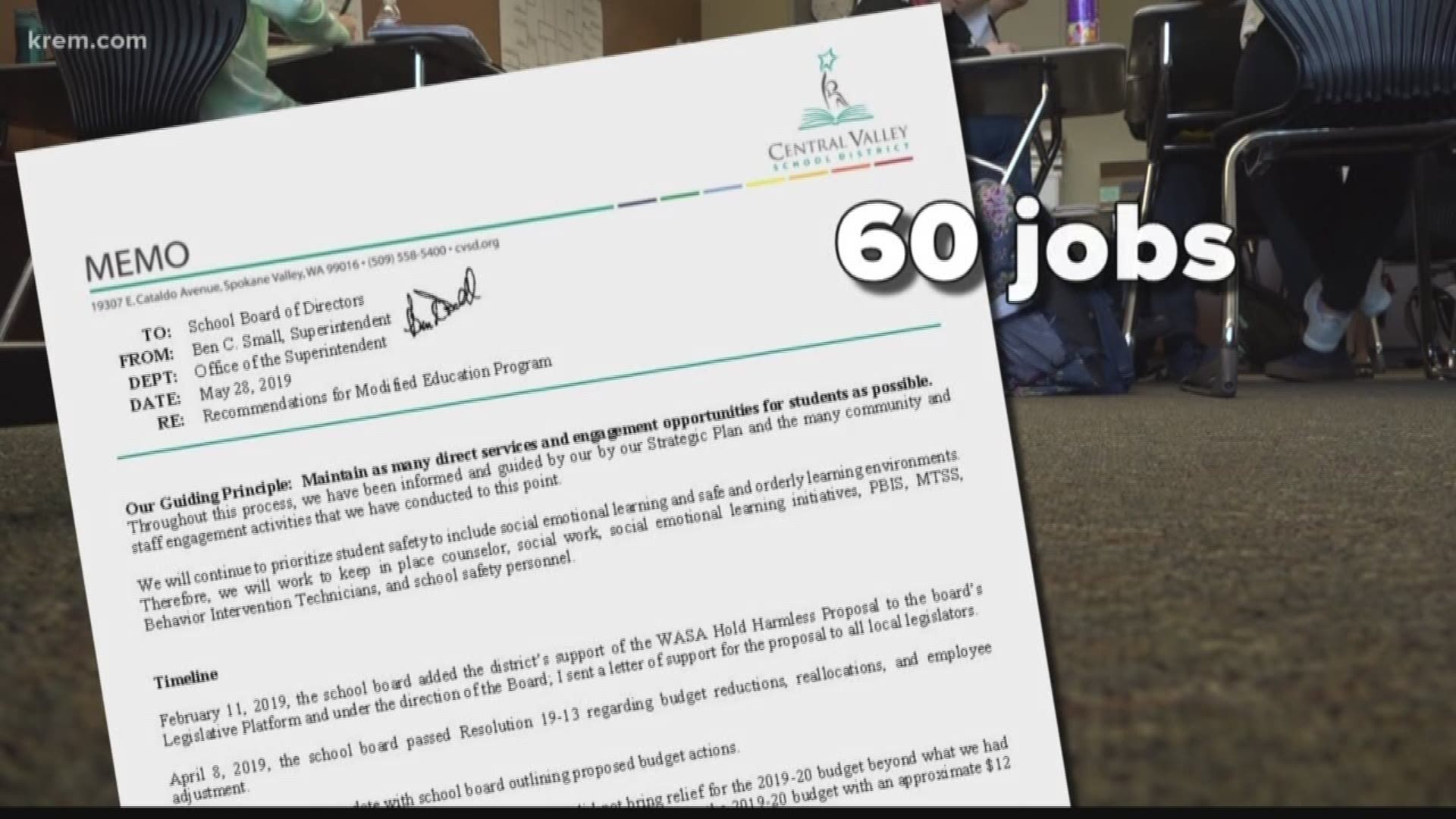 Nunberg confirmed the board's decision to KREM on Wednesday, saying that the board "approved the modified education plan that included the recommendations that were made back in April."

The Central Valley School District in Spokane Valley announced on April 30 that they were planning on reducing roughly 60 certified full-time teachers or instructional staff.

District leaders said they are facing a $12 million budget deficit for the 2019-2020 school year. The plan to reduce the positions involves a combination of attrition and non-renewal of some of their provisional employees.

Nunberg said the district has offered incentives for early retirement and/or resignation to all CVSD certificated employees in an effort to help meet their budget reduction requirements. She said the early incentive program is just one step in an overall budget reduction process.

According to a statement from Nunberg on April 23, the deficit is caused by "many factors outside of our district's control."

Nunberg said the school board and district administrators are working to balance the budget while keeping student learning as the district's top priority.

"Our guiding principle is to maintain as many direct services and engagement opportunities for students as possible. It is difficult to make cuts to programs that we know are all beneficial to our students," CVSD Superintendent Ben Small said in the statement.

The CVSD School Board declared a financial emergency on April 8, according to Nunberg. This directed the superintendent to prepare a budget that accounts for the deficit.

The board heard budget recommendations at a board meeting on April 22, Nunberg said. These discussions will continue in May.

"As we continue to work toward a modified education plan – based on this new reality – the board will discuss budget implications at its upcoming board meetings in May," Nunberg said.

Small also said they will focus on students and staff members going forward.