As part of the district's phased reopening, the 1,600 second graders will return to class in two groups on alternating schedules. 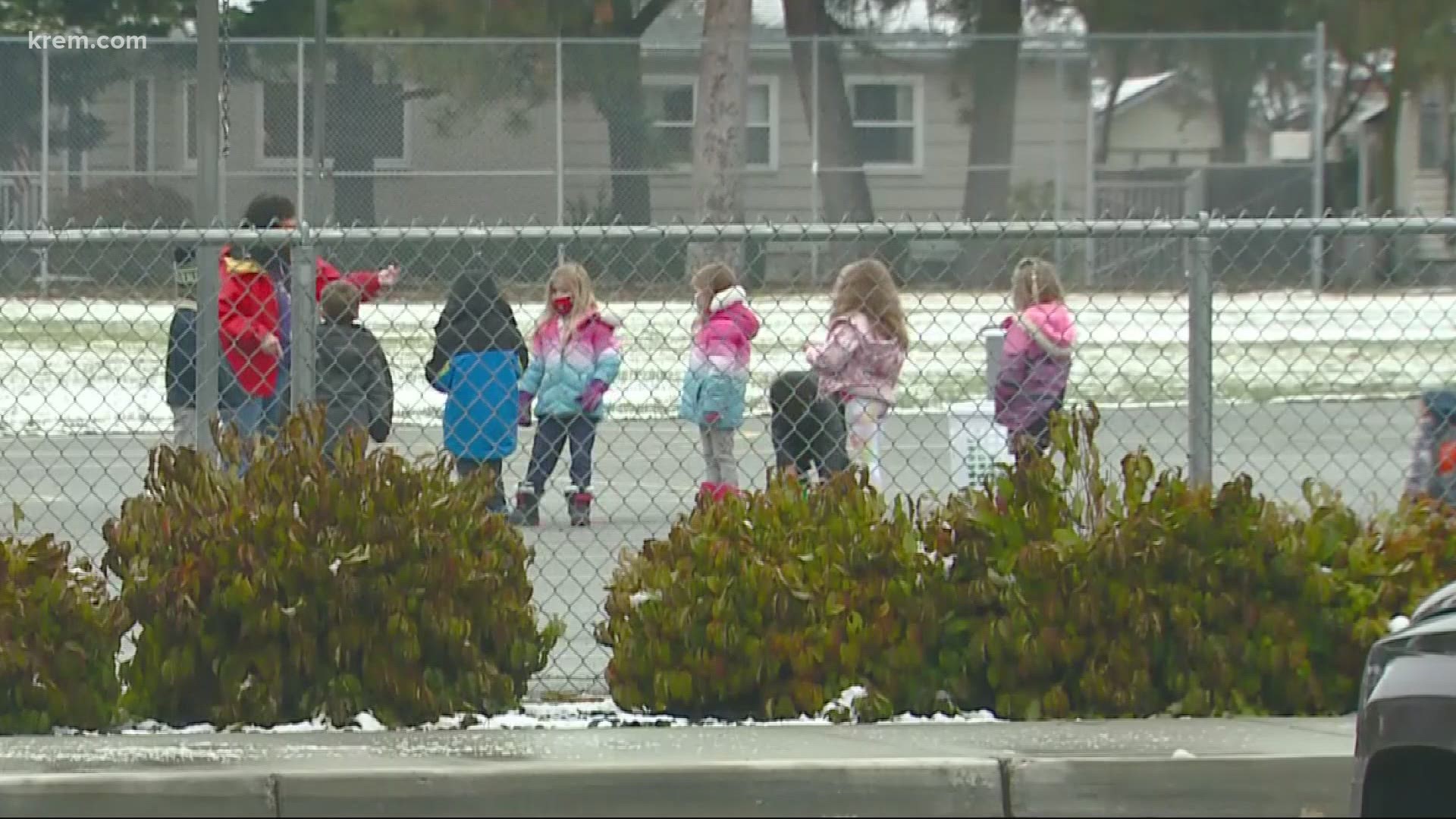 SPOKANE, Wash. — Spokane Public Schools will welcome its second graders back to school on an alternating scheduled on Nov. 30.

Kindergarteners returned to the classroom the first week of October, and first graders went back Nov. 9.

As part of the district's phased reopening, the 1,600 second graders will return to class in two groups on alternating schedules.

Group A will begin learning in class on Monday and group B on Tuesday. All this comes after the kick off to the holiday season.

"The data point that our public health officials have been talking with us very frequently about and has been a key point of our conversations, is the extremely low rate of transmission within our schools," SPS Superintendent Dr. Adam Swinyard said. "When an individual contracts COVID someplace in their personal life. In our schools, of the vast majority of our cases that we have seen have been related to that type of scenario. And in fact, the situations where COVID has actually been transmitted inside of one of our schools, has been extremely rare."

That rarity is why the district is still planning to bring both second grade groups back to school Thursday, Dec. 10.

"In the event that we see some substantive shift in that dynamic by adding a grade level, then we would be adjusting our plan," Swinyard said.

Swinyard said SPS is actively exploring with the health district how to bring rapid testing to its schools. He said this will bring another layer of safety to staff and students.

"The other role that testing could play is essentially mitigating the scale of quarantining that's necessary," Swinyard said. "So that if we have access to rapid testing, when there is a confirmed positive case test, that rapid testing would potentially enable both staff and students to remain rather than having to potentially quarantine."

He adds, rapid testing could also make it possible for the district to begin slowly returning upper level grades to school as well.