Boundary adjustments are needed to not only alleviate overcrowding in the school system, but also reevaluate how the district fights for inclusion. 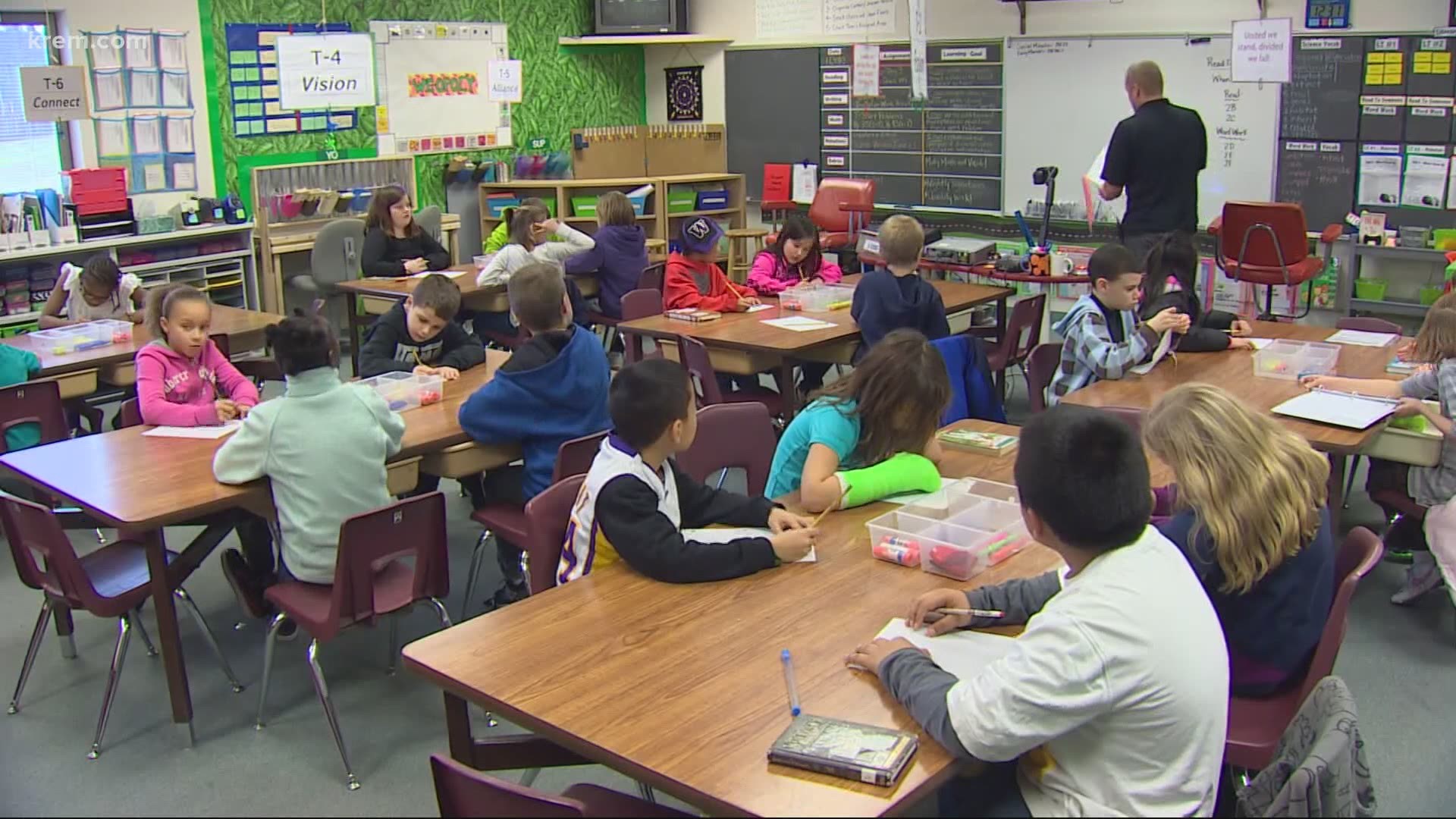 SPOKANE COUNTY, Wash. — For the first time in 40 years, Spokane Public Schools may be seriously considering major changes to school boundaries. The overhaul would impact thousands of local families.

In the discussion on Wednesday, school board members heard concerns from community members. Many parents choose a home based on the schools in the area. Well now, some parents are worried their choice will no longer matter.

As growth in the city has changed, school enrollment numbers shifted. This has led to dramatic differences in school sizes. The district is adding three new middle schools, thus moving to a 6-8 grade middle school configuration. To help accommodate this growth, they created the Boundary Adjustment Committee.

It's been five years in the making, but the changes could last a lifetime. Spokane Public Schools Board President Jerrall Haynes said boundary adjustments are needed to not only alleviate overcrowding in the school system, but also reevaluate how the district fights for inclusion.

"Major systems, school districts, cities, counties, and state governments have historically drawn boundary lines around socioeconomics and political party lines," Haynes said. "And at every turn, students of color and families of poverty have borne the brunt in the weight of those decisions."

Haynes added that the current SPS Board is the most diverse board in the district's history. Historically, decisions like this have been made for minorities, he said.

One data point the committee used to create draft boundary maps is the percentage of families at each school who qualify for free and reduced-price lunch (FRPL), the Board said. These numbers reflect only the families who live within the physical boundaries of each school, and were used to provide a baseline for planning.

Depending on how many students choice-in to any given school, FRPL can shift from year to year. The ongoing pandemic and recession are also likely to skew the numbers this year, they added.

"Rogers sports one of the highest poverty rates in the entire state of Washington and is Spokane Public Schools' most diverse high school," Haynes said. "And yet, they're about to graduate over 90% of their students during a pandemic. They are proving in real time what it looks like to fund schools equitably and make sure every one of our students is receiving the supports that they need in order to be successful."

More than 80% of students at Rogers High School qualify for FRPL, according to Director of Secondary Schools Shawn Jordan. The number of students using FRPL can help schools qualify for federal and state funds, like the Title 1 program, which provide additional resources. When a school’s FRPL rate increases, they gain more supports in relation to that need, the Board said.

Schools with more students can offer more electives, classes, and programs, both in type and number, Haynes said. By creating similar enrollment among schools, they can provide more equity in class and program offerings. The proposed boundary adjustments shift several hundred students from south schools to north schools in order to achieve this balanced enrollment and support program equity.

When school districts try to manipulate populations through bussing, it is often high poverty students who are disproportionately impacted, he said. This puts families at a disadvantage, both in terms of the time it requires students get to and from school and loss of access to neighborhood school staff and resources. They use FRPL at Rogers High School as an example. 265 Rogers students (20% of the student body) would need to be bussed to higher-income schools and 390 students in higher-income schools would need to be bussed to Rogers, according to the boundary FAQ page.

The ideas weren't enough for some. Community members said that it seems good in theory, but doesn't address many problems of integrating kids into different schools and classes. Lindsey Shaw is a committee member, but says she has been left feeling underwhelmed with the proposals made.

Shaw and three of the four other community speakers all focused on continuous concerns of making sure the boundaries are fair.

The Board said they understood and addressed equity concerns for the remainder of the meeting. Dir. Nikki Lockwood has been leading the charge for equity, and Dir. Jenny Slagle helped facilitate the discussion following the community comments. The Board will be looking into further adjustments before the next meeting.

The committee said 8% of elementary, 42% of middle and 22% of of high school students will be impacted by the boundary changes.

Click or tap here for an interactive map of the elementary school adjustments.

Click or tap here for an interactive map of the middle school adjustments.

Click or tap here for an interactive map of the high school adjustments.

SPS will continue to offer students opportunities to attend a school other than their assigned neighborhood school, known as “choicing-in.” Students can apply to attend any school, but acceptance depends on available capacity for neighborhood students, the Board said. Transportation is not provided for students who choice in to a school.

There will be a special meeting at 5:30 p.m. on June 23 to go over boundary changes again. In that meeting, the Board may vote on boundary adjustments.

The committee made a list of six guidelines they are following for changing the attendance lines, according to their forum.

They want to prioritize community engagement, provide a transparent process and ensure regular communication with city and county planning departments.

They will be considering cultural and socio-economic diversity through attendance boundaries and program offerings.

They said they would incorporate legacy status as needed to transition students into neighborhood schools as changes are implemented.

They want to support "walkability" and shorter commute times, as well as keep neighborhood groups together.

Each SPS school wants to have high-quality offering with interesting programming.

They want to keep transportation costs as low as possible.

There are ways around the boundary changes, though. SPS will continue to offer opportunities to attend a school other than their assigned neighborhood school, known as "choicing in," they said. Students can apply to attend any school, but acceptance depends on available capacity for neighborhood students.

A zoom meeting to address proposed SPS boundary changes will begin at 5 p.m. Community members will be able to comment.

I will be live in all @KREM2 shows to discuss the meeting and how parents are feeling.