Parents who spoke with KREM 2 say they're excited for students to be back in class. Some Spokane parents are wondering when their district might make the same move. 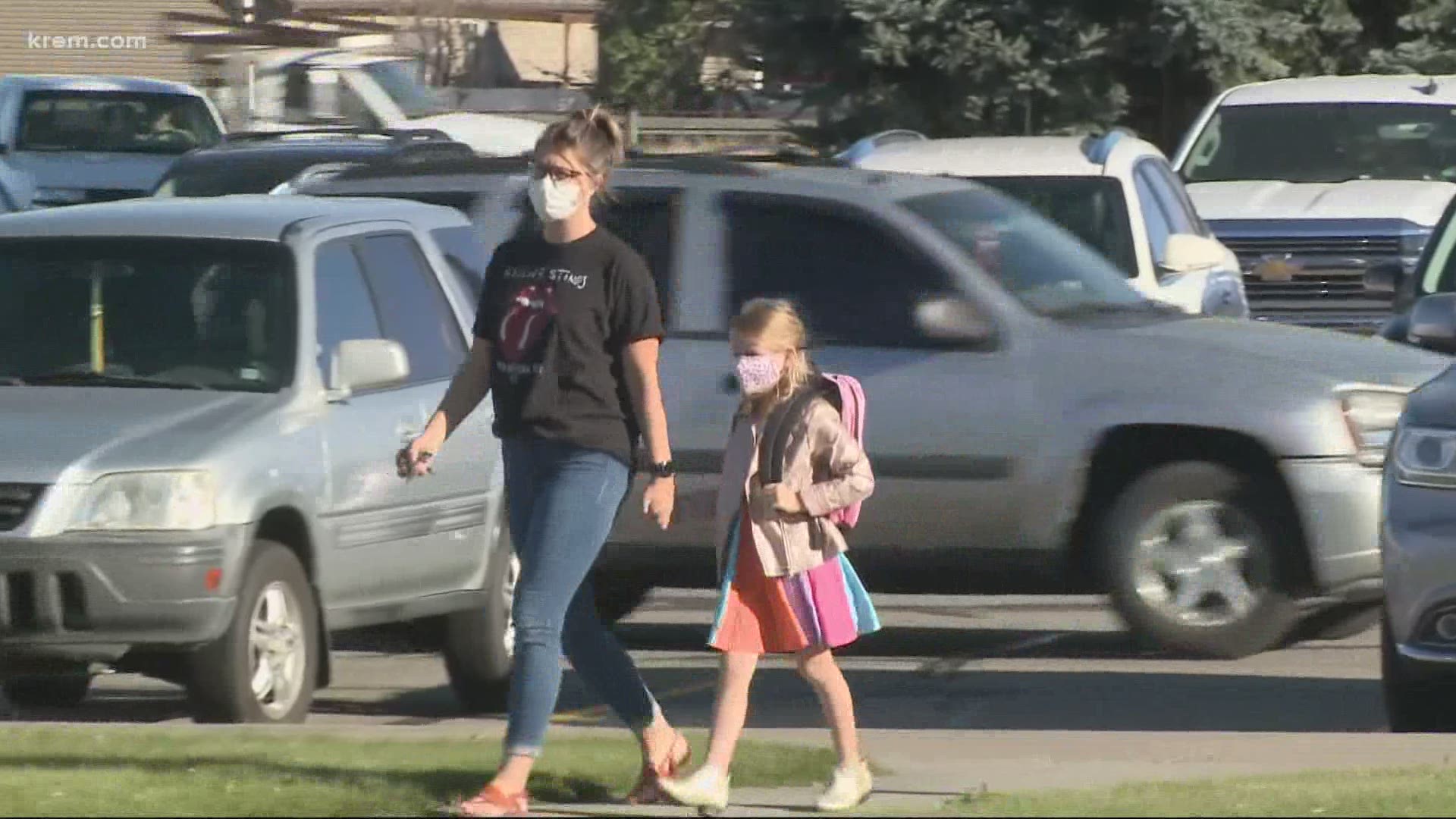 POST FALLS, Idaho — Students in the Post Falls school district are returning to school full time on Monday after the school board voted to move from "Phase Orange" to "Phase Yellow" last week.

It will be the first time the district will be in full capacity since classes were canceled back in March.

"I was really expecting it to be a little bit sooner honestly - with the Rathdrum school and district Couer D'Alene both going back before Post Falls," Tufte said.

Still, Tufte believes returning in-person is the right move for his son.

“It didn’t seem like he was learning as much as he would,” explained Tufte while talking about his son's return to class. “We’re super excited for him to go back and he is too. He’s been waiting for this day.”

Students in Post Falls had previously been on an alternating schedule this year. For two days out of the week, they would meet in person and the rest were spent learning online.

"My kiddo is literally on a computer from 8:25 in the morning until 2:50 in the afternoon," said Spokane parent Meghin Callesto.

The Spokane mother of two has found it frustrating at times trying to balance her six-year-old son's school schedule while taking care of a baby. She says she doesn’t want her son to fall behind in school.

"He doesn't understand why he can sit in front of a computer and listen to a teacher but he can't go play a game for an hour. Like that kind of concept, because he's a kid and he wants to go do things."

Spokane Public Schools has made some strides in bringing students back by allowing Kindergarteners to return in person on Wednesday, Oct. 7.