The Board of Trustees made the decision Monday on moving the entire district back to the moderate COVID-19 risk category. 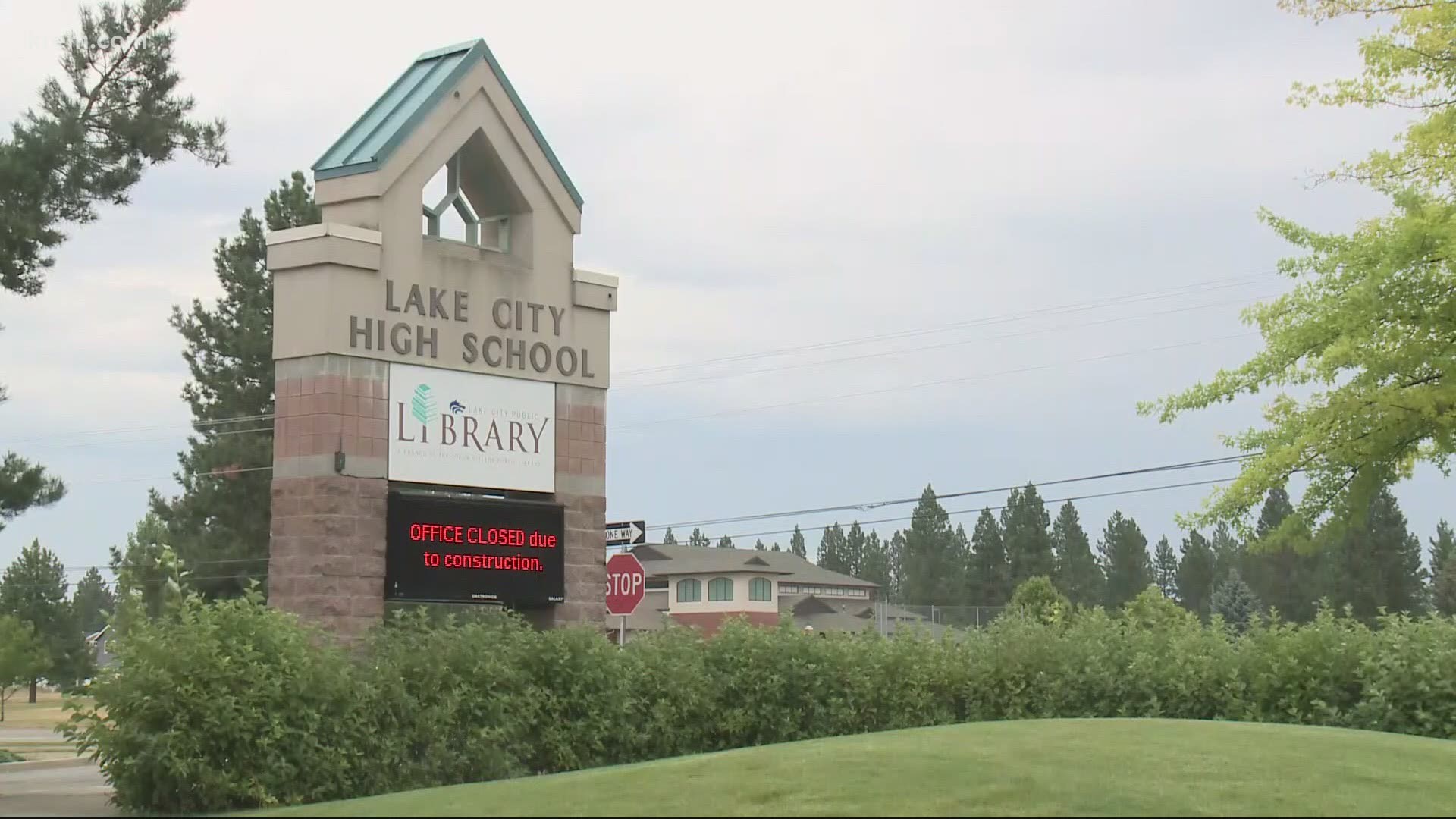 COEUR D'ALENE, Idaho — The Coeur d'Alene School District announced on Monday that all schools will move to the moderate COVID-19 risk (orange) category.

The board voted to modify what that looks like for K-8 students. The board says the students will attend four days a week in person and remote classes on Wednesdays. This plan goes into effect Monday, Oct. 26.

The decision comes after the district found that most of the quarantined students in the district are in grades 9-12.

According to the school board, 24% of cases in the district are coming from elementary schools, 3% are from the middle schools and 73% are from high schools.

The district made the decision Friday to move three of the district’s high schools back to the moderate COVID-19 risk (orange) category starting immediately.

According to a press release from the district, starting Monday, Oct. 19, students at Coeur d’Alene High School, Lake City High School and Venture High School will return to their previous schedule of attending classes in-person two days a week and remotely the other three days a week.

Students will use the same schedule as they did for the first three weeks of the school year, the district says.

The parent of two high school students is disappointed with the school district.

"We are only two weeks into this change," said Coeur d’Alene High School father Aaron Gardner. "They need to let it play out longer, I mean the kids are going to get sick again no matter what."

The district's Board of Trustees voted unanimously to move the district from blended learning to fully in-person classes in late September. They made the move, but not before foreshadowing the outcome.

"It worries me that if we're moving, making this big change, that we're going to end up squarely in orange. And in a week or two weeks, have to pivot back," said trustee Lisa May.

District leaders said any change in operating status would typically go into effect one week late, but this decision is in response to the rise in COVID-19 cases and associated exposures that have resulted in quarantines among high school students. The district hopes this will reduce the number of students being quarantined and the risk of in-school transmission of the virus.

The Board of Trustees met Monday, Oct. 19 at 11:30 a.m. to consider moving the entire district from the Yellow to the Orange risk level.

District Administration proposed a new schedule for students in grade kindergarten through 8th grade so those age groups can receive more in person instruction. This new schedule would remain in effect when the District is in either Yellow or Orange risk levels, according to the district.

“We have seen growing sentiment expressed by families, teachers, community members and our Board of Trustees that students, especially our youngest learners, clearly benefit academically and socially from in-classroom learning as much as possible,” the district said in an email to parents. “When public health conditions in our community warrant a move to the Orange level, there is serious concern about how much face-to-face learning our young students are missing.”