Students in grades 7 through 12 will phase back into the classroom on February 1st. 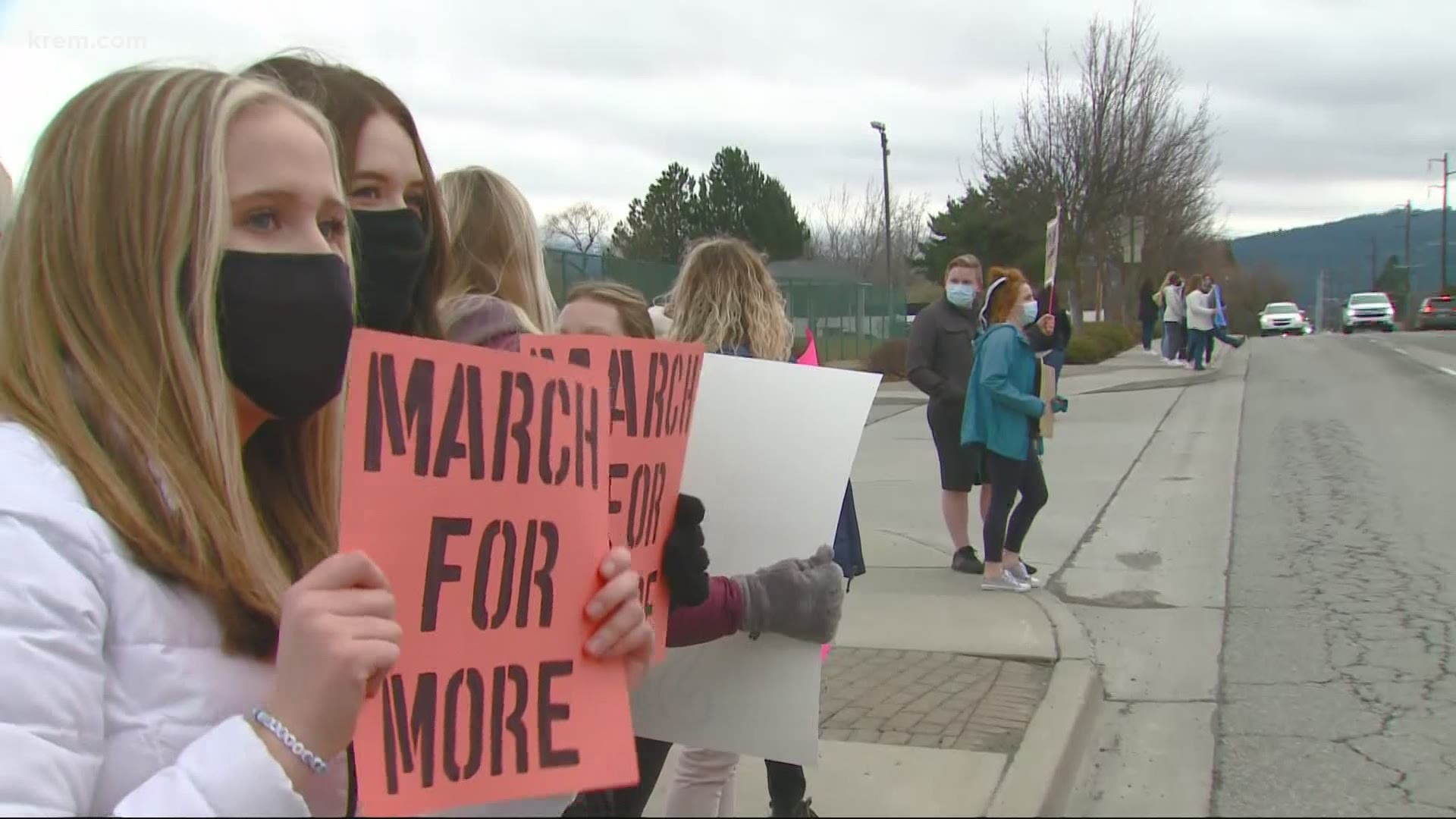 SPOKANE VALLEY, Wash. — Phasing students back into the classroom has been a challenge since the beginning of the pandemic. School districts throughout the region have moved on different schedules and some have more students in their buildings than others.

On Tuesday, nearly 40 parents and students of the Central Valley School District protested the current protocols that are in place.

“I went to Utah to do school there because I couldn’t do school here,” said Brieanna Riddle, a senior in the district.

Last week, board members announced students in grades 7 through 12 will be coming back to the classroom.

The current plan would begin on Feb. 1 with a phased-in hybrid schedule. Students would have one day in the classroom every week.

Frustrations have increased as the school year winds down.

“It would mean the world to me to be able to finish my senior year and actually graduate in person, but we’ll have to see. I really hope this makes a difference," Riddle said.

Riddle moved to a different state to continue her athletic career this school year. She and her mother are hoping their protest will encourage the school district to bring students back to classrooms full time.

“Brieanna had an opportunity to go somewhere. But what about all of the students who don’t?" said her mother, Annelisa Riddle. “Are we thinking about their mental and emotional health?”

Several of the parents who attended the rally say they’re concerned for their children’s mental health.

The school district will move forward with a hybrid schedule on Feb. 1. They’re hoping students will be able to spend more time in the building as the year progresses.