Several districts in the Spokane area have announced wide-ranging layoffs in the wake of multi-million dollar budget deficits. 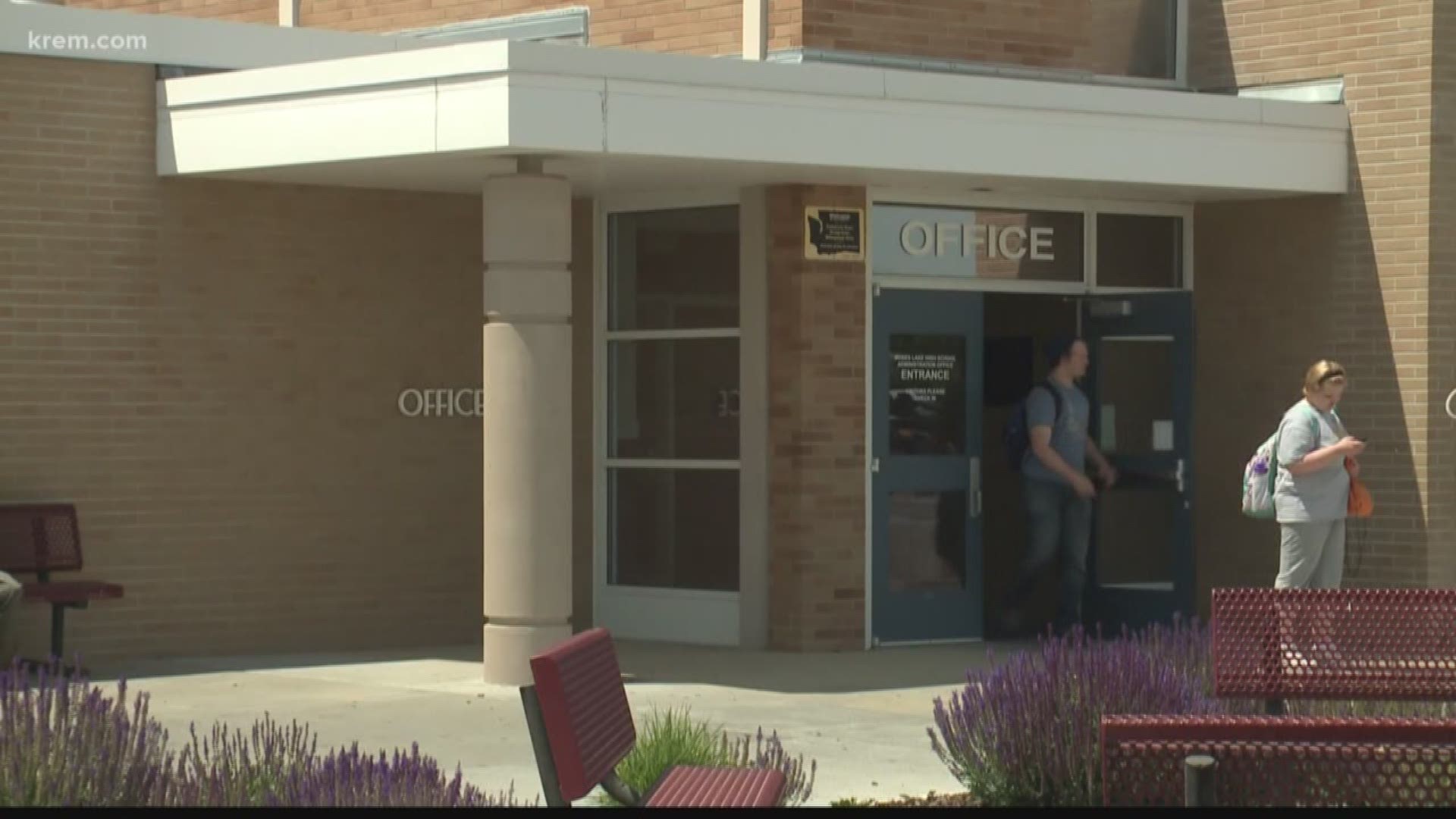 Students, teachers and support staff are caught in the middle of the school funding debate. Hundreds of teachers and other staff are expected to lose their jobs.

Spokane's largest public school district first announced a staggering amount of layoffs on April 11, with the district saying in a press conference that 325 layoff notices, including 182 teaching-level staff, would be sent out.

"This is a scary day," Katy Henry, president of the Spokane Education Association, said at the time. "A lot of people have had really traumatic news and that's hard to hear. It's not a good day for anyone."

The number of layoff notices could be reduced by 81 by August, bringing the total down to 255, according to SPS Spokesman Brian Coddington. But these layoff notice retractions are not confirmed until the board approves the 2019-2020 budget in August.

Eleven of the recalled notices were teaching-level staff, while the number of non-certified employees could drop from 143 to 72.

At the time of the layoff recalls, the district employed 4,110 people.

There was also an outcry amid the layoffs due to some schools in the district losing more teachers than others. For example, Rogers High School teachers received a total of 16 layoff notices, while at least six schools received only one.

The Mead School District announced on May 7 that they would be closing Riverpoint Academy and MEAD Alternative amid an $11.3 million budget reduction.

The closure of those two schools will save the district an estimated $1.6 million.

The resolution adopted by the school board contained cuts to 43 different areas.

The deficit originally sat at $12 million, but was later reduced to $11.3 million after the teacher's association offered contract concessions in order to save positions, according to Mead School District CFO Wayne Leonard.

Cuts to funding areas including administration, curriculum training and both elementary and secondary schools will save the district $527,800, according to figures in the resolution.

The Mead School District previously announced on April 17 that more than 70 positions could be eliminated.

The positions on chopping block include counselors, administrative assistants, custodians, nurses, coaches and some special education teachers. No other teacher layoffs have been proposed.

Central Valley confirmed on May 29 that 60 full-time teachers and instructional staff would be laid off.

CVSD Director of Communications Marla Nunberg confirmed to KREM that the district's board had approved a plan that would see 60 teachers and instructional staff laid off.

"The board last night approved the modified education plan that included the recommendations that were made back in April," Nunberg told KREM.

The district originally announced the plan on April 30 amid a $12 million budget shortfall. The district offered incentives for early retirement or resignation to all certified employees to help their budget issues, according to Nunberg.

Sementi said the layoffs would be carried out mostly through attrition, which includes not replacing resignations and retirements.

The layoffs accounted for the elimination of ten teachers, with two first-year contracts not being renewed.

Sementi said building custodial staff was also reduced by ten, with seven of those coming through attrition. Educational and administrative assistant positions will also be reduced depending on the final state budget, and all major remodel and upkeep projects, as well as curriculum adoptions will be postponed.

The plan also calls for reductions in the budgets for levy-funded programs like extra-curricular activities, according to Sementi.

The Moses Lake School District plans to cut staff but has not officially announced layoffs. The district reported losing more than $11 million in levy funding since last year.

District leaders said the most noticeable change will be to class sizes. Superintendent Joshua Meek said the numbers of students in most classes was below what is standard. Those numbers will be brought up to standard.

The east side of the state is not alone in dealing with school budget issues, as schools on the other side of the Cascades are also feeling the squeeze.

The Olympia School District was able to reduce their deficit thanks to funds allocated by the state legislature, according to Olympia SD Executive Director of Communications Susan Gifford.

The layoffs included nine certified staff, with one being a classroom teaching position, according to McCarthy.

The Tacoma Public Schools Board of Directors approved the layoffs on May 23.