A lost dog who ran away from home 8 years ago is now back with her owners. She's been living wild in a park in Seattle's Madrona neighborhood, and no one was able to catch her until last week. 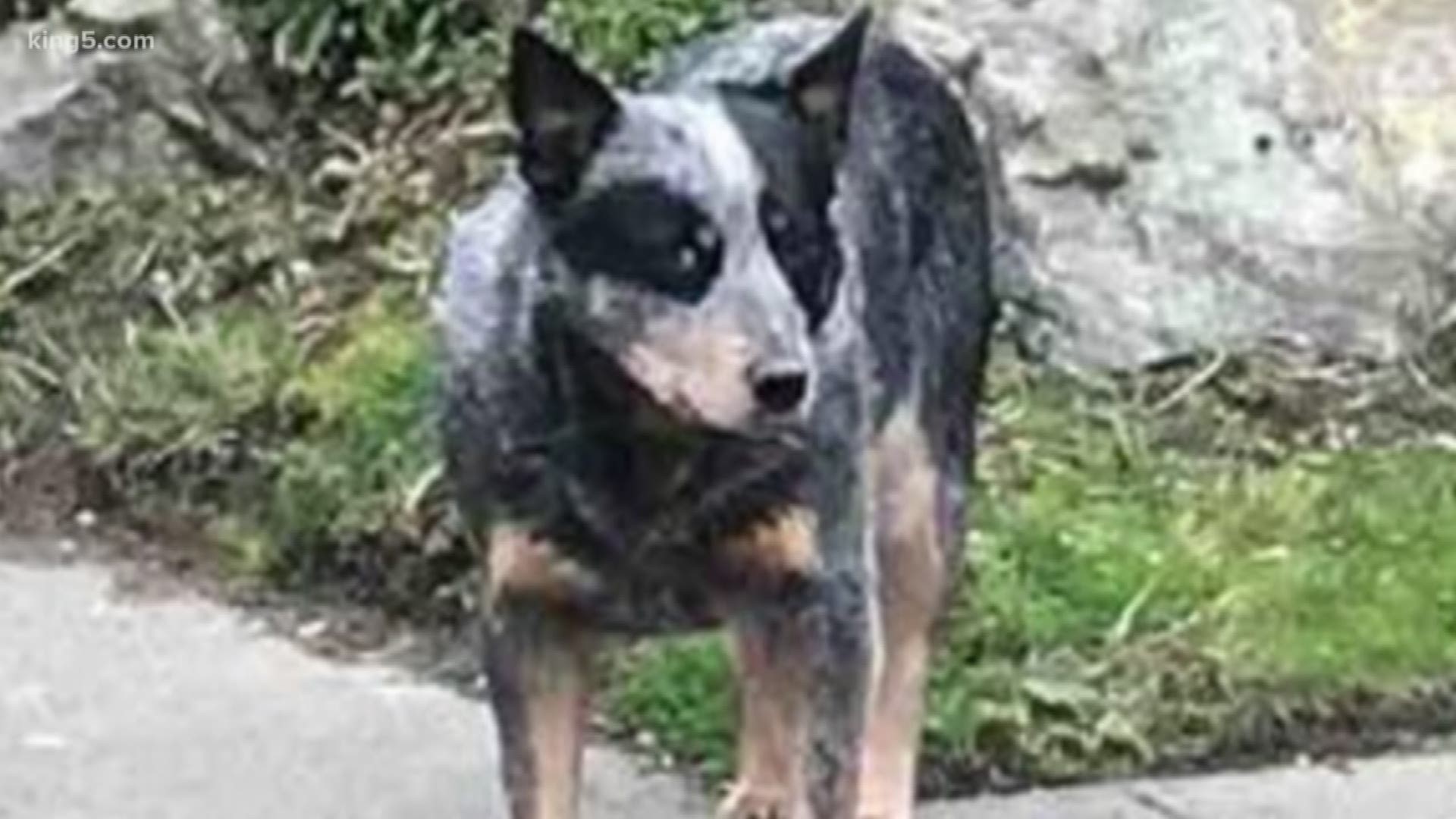 SEATTLE — Wingo, a young black Labrador, is the only resident of Seattle's Madrona neighborhood who got close enough to touch the mystery dog who roamed their streets for eight long years.

"He comes out every night and kind of scans the fence, looking for her," explained his owner Jill Patton. "And when we first moved here, she kept me awake at night with her barking."

The dog roamed wild in a wooded area beside her house, Patton says. She worried about her on cold, rainy nights, especially when it snowed.

"I think everybody worried about her but there were so many attempts to catch her," Patton said. "And I started calling her 'Queenie' because she ruled. She did what she wanted. She did not want to be caught."

Several attempts to capture the dog over 8 years failed, but that changed a week ago in this alley.

"I finally just decided I'm going to feed her. So I fed her about the same time every night," said neighbor Vicki Ruskin.

Ruskin got the dog on a schedule and then called in an expert.

Branson founded Useless Bay Sanctuary in 2013 to track down the hardest to find lost pets. After failing to catch the dog once several years ago, this time he got her.

Branson receives about 800 requests a year for long-lost pets and is trying to train more people to help him find them. He created the rescue after his cat disappeared years ago.

"Being somewhat crazy helps, that you're willing to go out in all kinds of weather and there is always a ravine full of blackberries that we have to go through," he smiled. "I really wish that there had been a service available back then to give me a better chance of finding my cat."

Wingo continues to keep watch for the dog and he's not the only one who's a little sad she's gone.

"She was part of the neighborhood. But I am thrilled that she is going to be warm, loved, and fed for the end of her days. She's not a young dog anymore," Patton said.

She was just three years old when she showed up in Madrona, and now as an 11-year old senior dog, Bonnie is finally back home.