Known as an "eyesore" along I-90 heading to Coeur d'Alene, the abandoned Wild Waters water park is currently undergoing demolition. 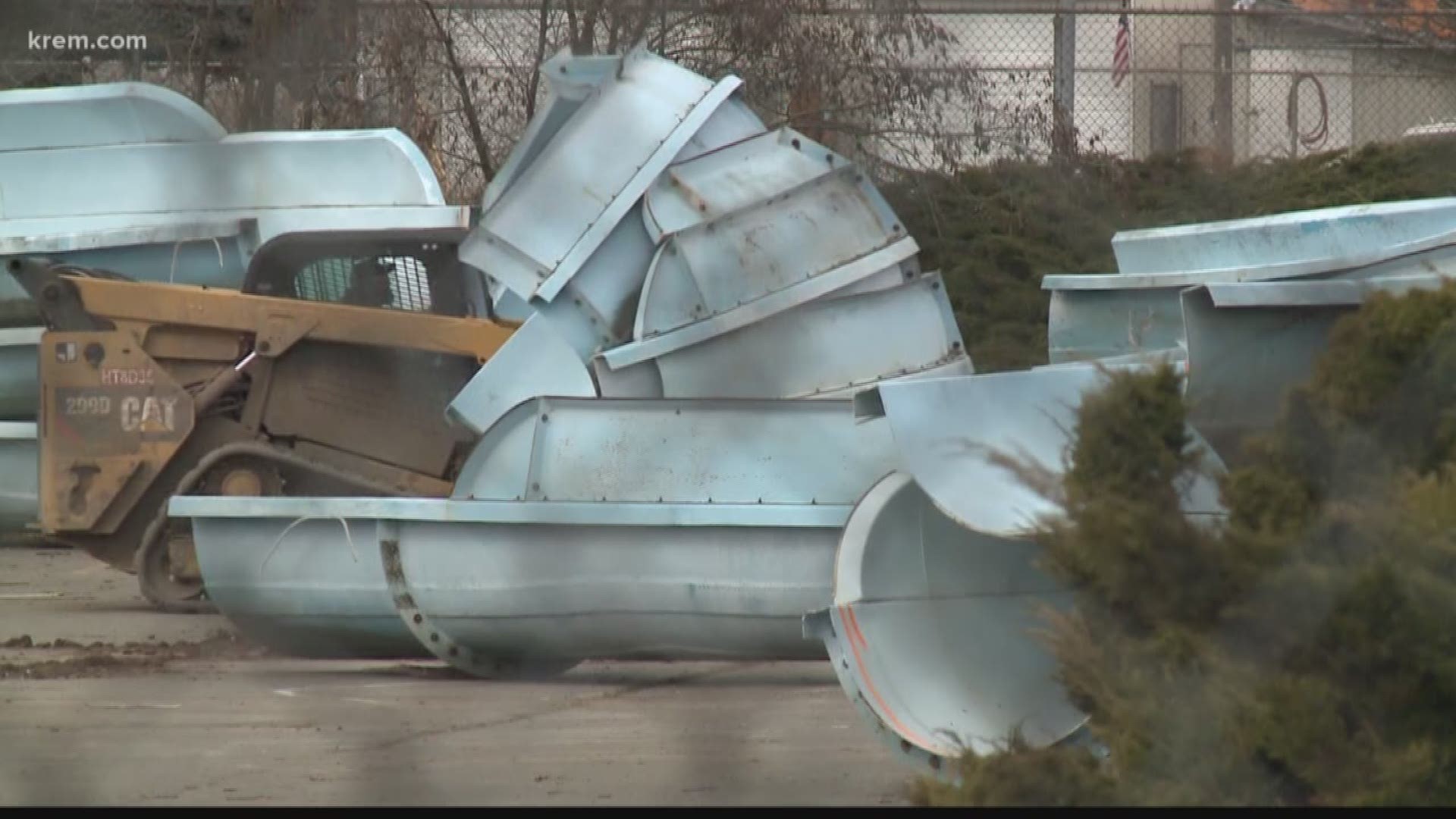 COEUR D'ALENE, Idaho -- Known as an "eyesore" along I-90 heading to Coeur d'Alene, the abandoned Wild Waters Water Park is currently undergoing demolition.

The water park closed in 2010 and has been abandoned since. Stray cats, weeds, graffiti and decaying signs have populated the area causing an eyesore to drivers. Years ago, vandals caused $500,000 in damages.

Leading the demolition, Peck and Peck Excavating, is scheduled to complete the demolition at the end of next month. All of the slides and equipment will be removed during the process. It is unclear what prompted the demolition or what will take its place. A water park in Central Washington previously told KREM 2 that they were buying some of the old equipment here.

"It's in a neat spot in Coeur d'Alene. It's so visible. It's nice that at least it gets cleaned up, in the very least. Hopefully someone picks up on it and gets something going there," Larson said.

KREM 2 attempted to contact the owner of Wild Waters but the only number I could find for him was disconnected.